Farmland values in Iowa, Nebraska, South Dakota and Wyoming continue to strengthen, building on the gains that followed the 2020 harvest. Supported by low interest rates and the renewed optimism of higher grain prices and farm income, land values are nearing levels not seen in eight years.

Farm Credit Services of America (FCSAmerica) released its July 2021 farmland value report July 28, based on 63 farms spread across its four-state territory. Fifty-three farms increased in value, eight saw no change and two declined. On average, values were up 7.5% in the first six months of 2021.

Iowa farmland is only 7% shy of its 2013 peak, and the real estate market remains active. A week after the completion of FCSAmerica’s July benchmark report, six bare land farms in central Iowa sold for a low of $14,200 to a high of $16,800 an acre.

“As anticipated, the substantial runup in farm profitability has resulted in increased farmland values on the whole,” said Tim Koch, chief credit officer for FCSAmerica. “But we also saw significant differences in values at the local level based on market activity, including the number of sales and land availability.”

The two benchmark farms that lost value, for example, were in Nebraska. Yet in the south-central area of the state, values were up an average of 15% in the first half of 2021 and are approaching historic highs. Statewide, Nebraska farmland is 15% behind its peak value of 2013.

Those areas that saw little change in value also tended to have a higher concentration of pastureland. In South Dakota, where values are 11% behind the market peak, only pastureland saw no gain. As cattle operators focus on retaining cash, pastureland values will likely see continued price pressure in coming months, Koch said.

While drought is impacting crops in areas of FCSAmerica’s territory, it is unlikely to be a drag on cropland values. Strong crop insurance price levels will offset drought-related production losses. The majority of grain operators are expected to be profitable again in 2021 and interest rates remain favorable, Koch said: “The outlook for real estate looks pretty strong.” 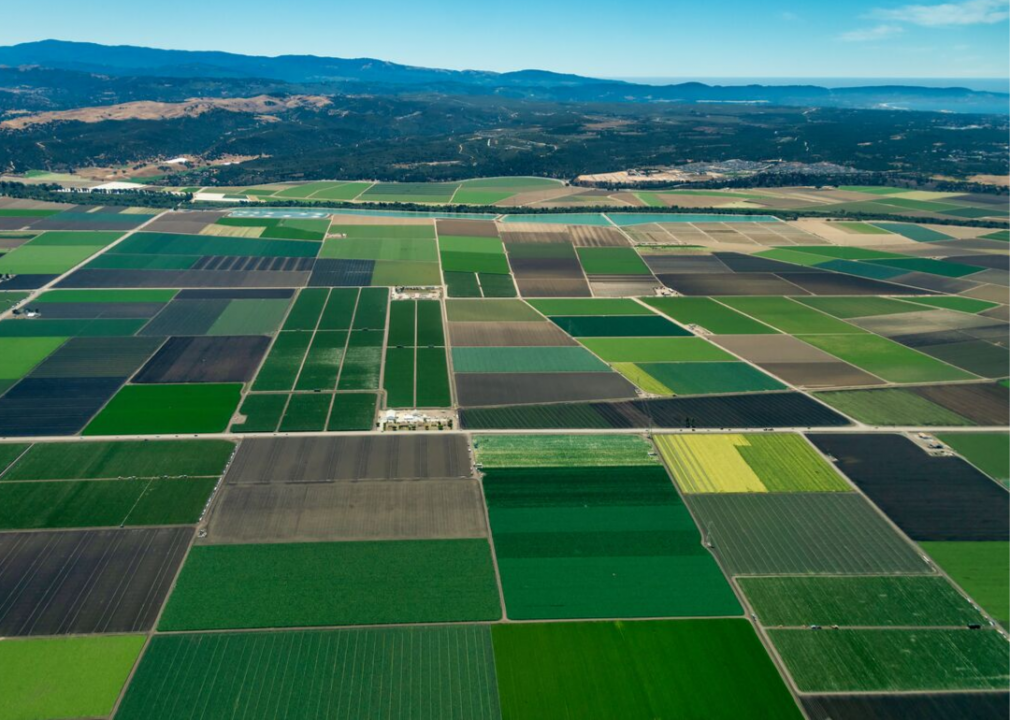 The U.S. has more than 900 million acres of farmland with a real estate value of more than $2 trillion. As the number of farms has decreased, the average land size for the average farm has increased.

The chart shows the average change in farm values by state. The number of benchmark farms in each state is in parentheses.