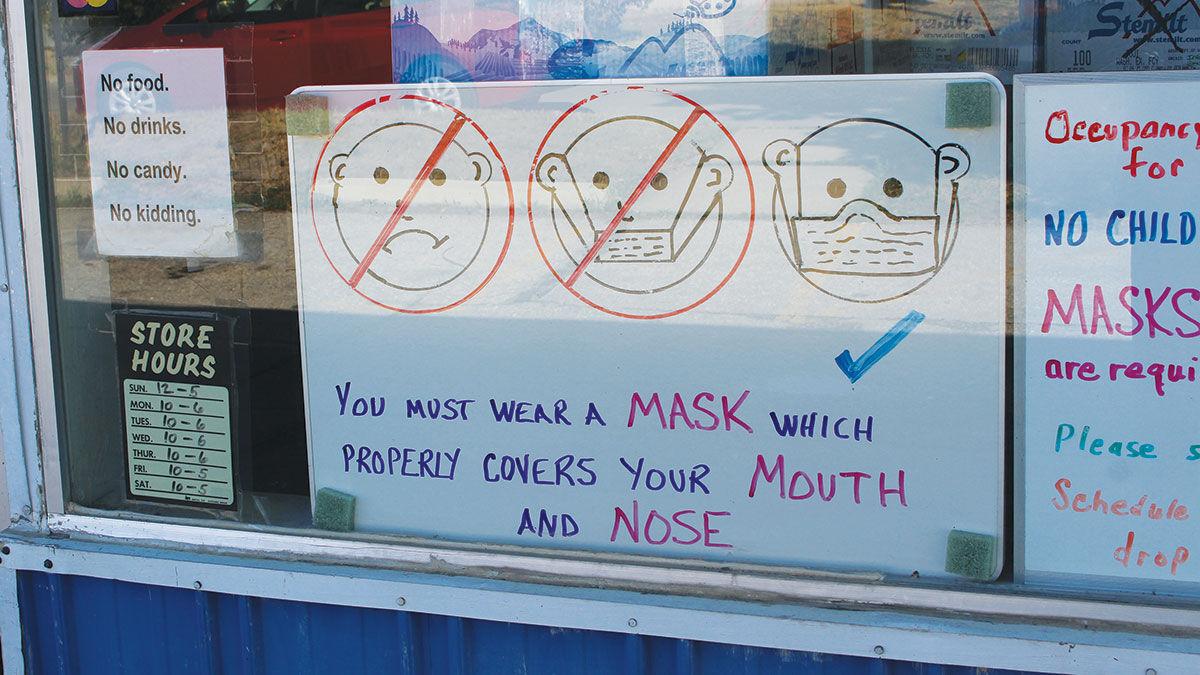 "Que Sera, Sera” is not the state song of Iowa. Or is it?

Whatever will be, will be

The future’s not ours to see

It’s sure no public health anthem.

Have we adopted this melody at great expense?

In the country with the world’s highest number of coronavirus cases (at least 6-plus million, including 183,000 deaths as of Sept. 1), Iowa is making national headlines, topping all states in new infections per capita.

Here are the figures:

Iowa, which experienced a gradual increase in cases since the governor lifted early restrictions, broke its earlier records and led states over the last week in August in the highest daily reported cases per capita.

By the end of August, the New York Times reported Ames and Iowa City as Nos. 1 and 2, among U.S. metro areas in highest new case rates per capita over a two-week period.

Hospitalizations and deaths, which lag new case onsets by several weeks, are also rising. Per the Washington Post, new daily reported deaths in Iowa increased 25% over the week ending Sept. 1; COVID-related hospitalizations increased more than 5% during that period.

This escalating transmission is occurring as the U.S. overall seven-day rolling averages of reported daily cases, hospitalizations and deaths are declining.

What this suggests is that grit often ascribed to Midwesterners doesn’t translate to the broad commitment and discipline required to curb this disaster that has affected all of us.

A White House Coronavirus Task Force state report released Aug. 30 refers to Iowa’s highest case rate and “in-the-top-five highest” test positivity rates in the U.S., noting high community transmission through the state. Iowa was first designated a “red zone” state on Aug. 9, based on case transmission and test positivity rates (over 10%); cases have soared since then.

The Aug. 30 report indicates transmission is a problem in rural as well as metro areas and specifies 61 counties with red zone or yellow zone alerts based on cases, positivity rates and deaths.

“Encourage individuals that have participated in large social gatherings, birthday parties, and family gatherings to get tested and isolate themselves from older family members and those with comorbidities.”

Since March, over 65,800 Iowans have been infected, with nearly 7,400 new cases identified in the week that I’m writing this. Over 1,100 have died. These are people in our communities, clinics, schools, churches, nurses, prisons, workforce, businesses, care centers and families.

And yet, we are still not seeing broad implementation of straight-forward practices that are proven to stop transmission and prevent deaths.

In recent days, I’ve reflected on a few experiences:

One early morning, after driving 10 miles into town for groceries, I realized I’d forgotten my mask. I turned back to go get it, my absentmindedness more frustrating than the inconvenience. At the store, I watched a gentleman walk in without his, and saw the light bulb flash for him when he realized and turned back to get his from the car. It wasn’t a big deal to just get the mask.

Several times, I’ve seen folks walk up to the door of a business or gathering, realize they forgot their mask, and walk back to get them. When I have a chance, I tell them “I’ve done it too! Thanks for getting your mask!”

A clerk in a “Mask Required”-posted store explained to me in a nonsensical way why she wasn’t wearing a mask and the customer inside was not asked to either. “I know her,” she tried. When that didn’t work, “We stayed six feet apart.” “What about your sign and protecting the other customers?” I asked.

This state we’re in — no pun intended — should give all of us pause.

Are we comfortable and willing to accept a dozen or couple dozen Iowans dying, on average, every day? Are we comfortable ignoring this pandemic, prioritizing our own comforts over the little inconveniences that protect others in big ways?

Here are the last stanzas of Iowa’s official state song. Maybe they’ll help us consider how our actions today will be perceived in the future:

“Go read the story of thy past.

what fame thou hast!

Or nations weep their fallen ones

Please wear a mask when you’re away from home. Keep physical distances at a reasonable maximum and the number and size of gatherings to reasonable minimums, especially indoors. If you suspect you’ve been exposed, get tested, quarantine while you’re waiting for results, and let others know if they could have been exposed.

Waiting for someone else to “do the right thing” hasn’t controlled this outbreak. It’s up to each of us. “Do Your Part” — like the sign at my local meat locker says — now, for everyone’s sake.

Stephanie Leonard is an industrial hygienist at the University of Iowa. Contact her at stephanie-leonard@uiowa.edu.