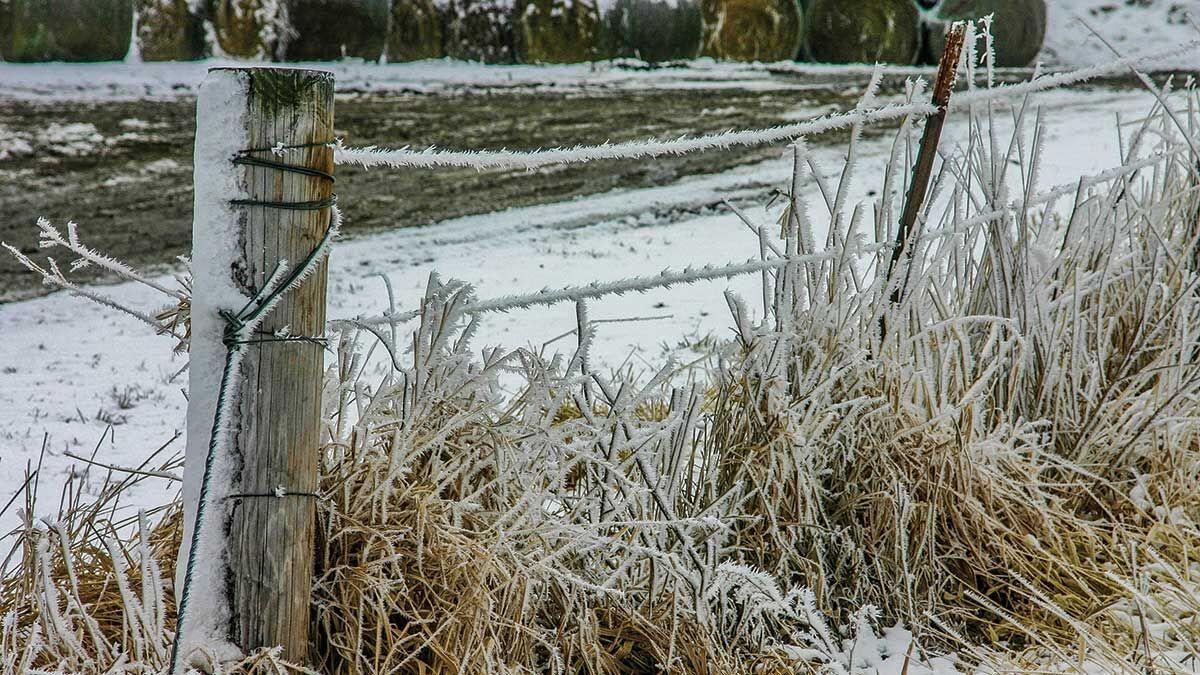 Forecasters expect temperatures to be slightly above normal through the end of 2021 and into the new year. There is also the chance of higher than normal precipitation in the spring. 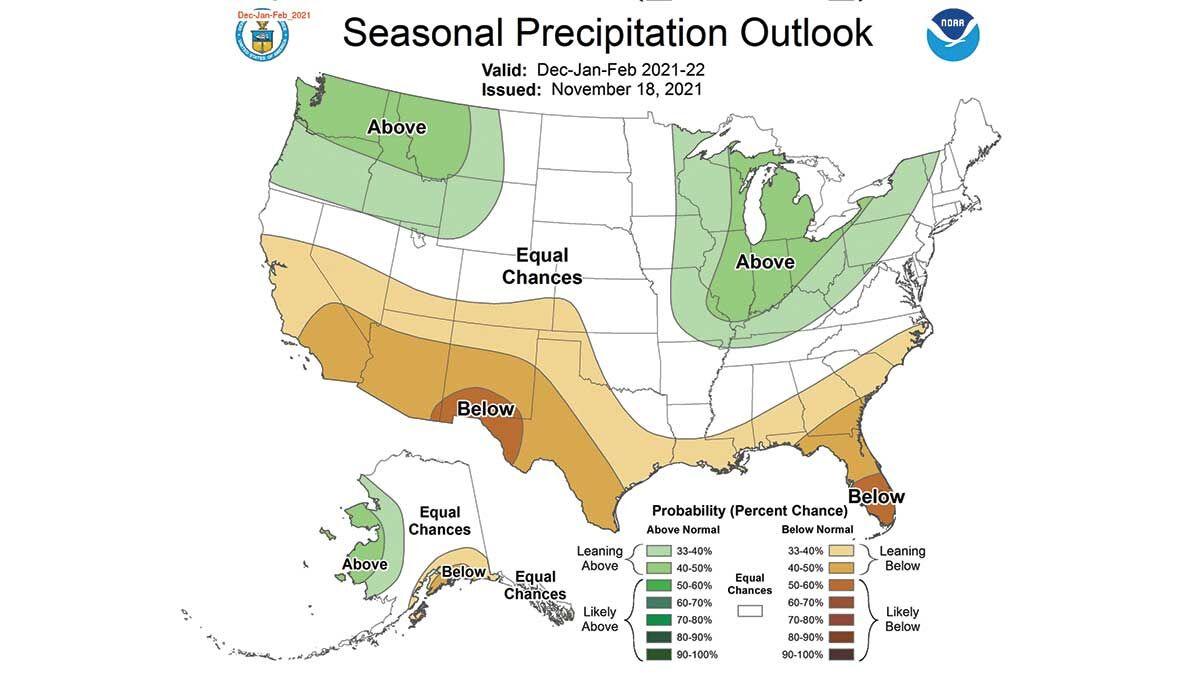 Above-average temperatures will continue through December and into 2022 as a weak La Niña system lingers over much of the Midwest.

State climatologist Justin Glisan says the warmer temperatures in late November carried into December, with some areas of the state recording temperatures near 70 degrees in the middle portion of the month.

“We have this weak La Niña pattern, and Iowa is right in the middle of it,” he says. “With a weak La Niña, we can usually expect more snowfall. We have a slightly elevated shot of warmer weather and more precipitation in eastern Iowa, with near- or below-average amounts in western Iowa.”

Glisan expects average or slightly below average temperatures in January and February.

“I do expect to see a fairly active February, with colder temperatures and more precipitation than average,” he says.

February could provide clarity regarding the spring forecast, says Brian Smith, a meteorologist with the National Weather Service in Valley, Nebraska.

He says normally with a La Niña pattern, higher temperatures and precipitation amounts are typical on the West Coast. However, Smith says that has not been the case.

He agrees with Glisan that eastern Iowa will likely see warmer temperatures in January, in addition to above-average precipitation.

“We had something similar last year, and then the bottom fell out in February,” Smith says. “I don’t think we will see the Arctic cold blasts like we saw last February, however.”

As the calendar turns to spring, Smith expects April through June to be slightly wetter than normal as a trough settles over the Great Lakes states. He says eastern Iowa should see more of an impact from that pattern than the rest of the state.

“I think temperatures will be closer to normal, and it will be wet,” Smith says.

He says more moisture increases the chance of severe weather.

“If it’s wetter than normal, we could have a more active weather pattern,” Smith says. “Right now, it’s very difficult to make an accurate prediction. There is still a lot of uncertainty.”

Glisan adds moisture levels will be key when it comes to possible severe weather.

“Right now, I’m not seeing any signs that point to elevated severe weather risks, but if we have a wet spring, that could provide the fuel for severe weather,” he says.

“October was the 8th wettest on record, and any moisture we’ve received has pretty much been soaked up,” he says. “But it’s not wetter than average, so we are still in need of moisture ahead of spring planting. We are still going to need more rain and a significant snow pack.

“Once we get closer to spring, we’ll have a better idea of the chance for severe weather.”

Forecasters expect temperatures to be slightly above normal through the end of 2021 and into the new year. There is also the chance of higher than normal precipitation in the spring.