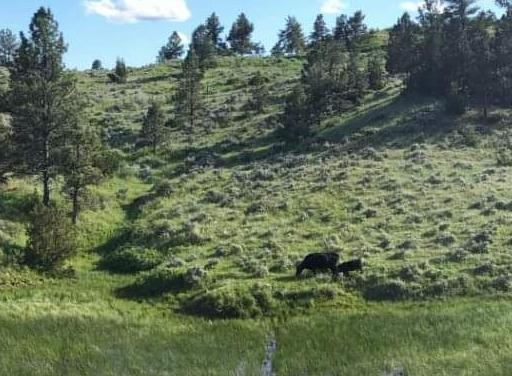 At Larsen Ranch Angus, cattle graze on a wide variety of rough, hilly and flatter terrains, including long prairie ranges, and hilly areas lush with pine trees and ravines, along the winding creeks and Yellowstone River. 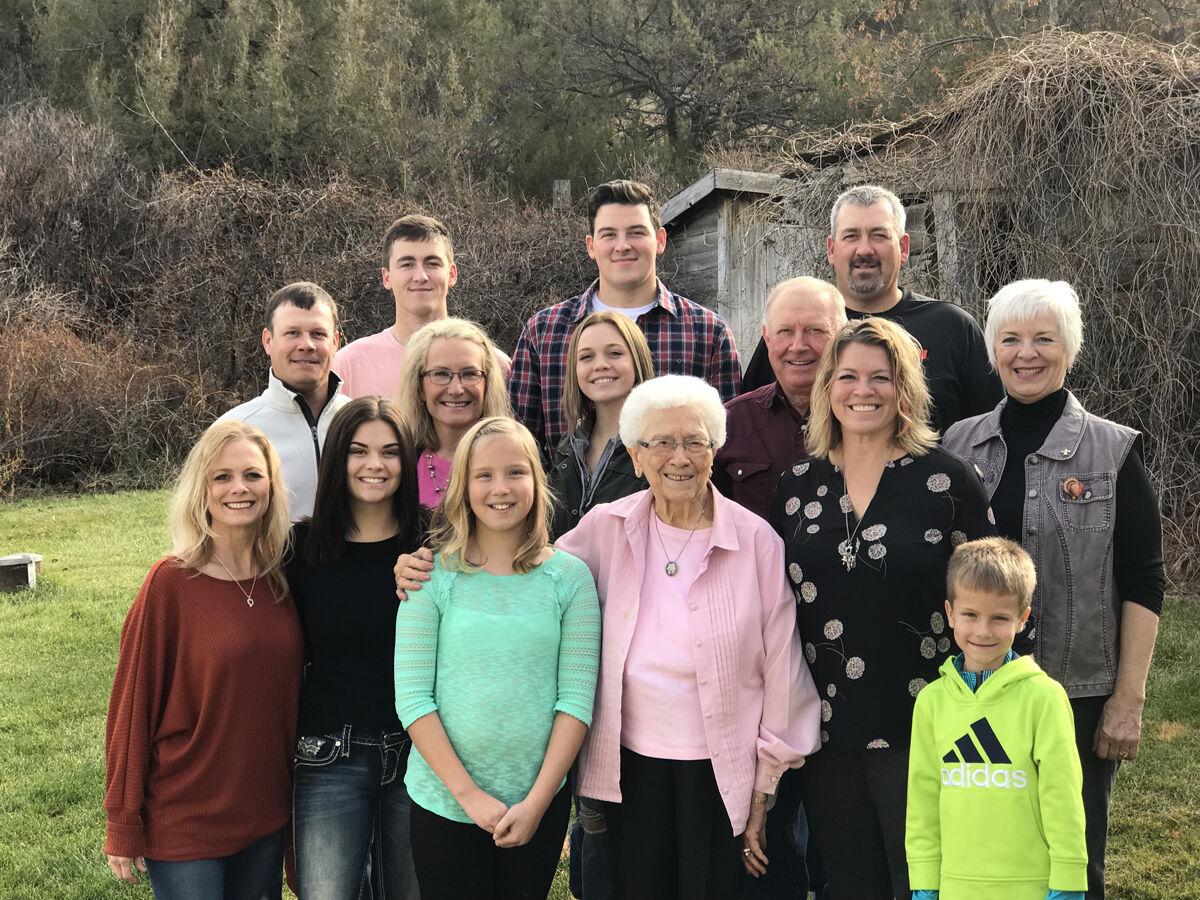 At Larsen Ranch Angus, cattle graze on a wide variety of rough, hilly and flatter terrains, including long prairie ranges, and hilly areas lush with pine trees and ravines, along the winding creeks and Yellowstone River.

FORSYTH, Mont. – At Larsen Ranch Angus in the eastern region, the Larsen family breeds top genetics into its hardy seedstock Black Angus bulls and females, along with running a commercial operation.

Both herds of cattle graze on a wide variety of rough, hilly and flatter terrains, including long prairie ranges, and hilly areas lush with pine trees and ravines, along the winding creeks and Yellowstone River.

There are three parts to the ranch.

Jim and Carin Larsen are the third generation on the ranch and live on the main place. Carin, from Rock Springs, also her own business in Forsyth, “Sazzy Scissors,” and has been a hairdresser more than 50 years.

Fourth-generation Wendy Warren, and her husband, Lafe, work on the ranch and live in an adjacent part of the ranch 10 miles away. Wendy and Lafe have two adult children, fifth generations Brac and Cade, both baseball players.

Fourth-generation Lori Vance lives and works on the ranch. Lori has two adult children, Haley, who attends Dawson Community College in Glendive and is on the rodeo team, and Laney, who lives in Houston, Texas.

Fourth-generation Tyler, and his wife, Tisha, work and live on the main ranch. Tyler and Tisha have two young children, fifth generations Kenan and Shellbie, who are both in 4-H.

“We’re fortunate that all our kids that work on the ranch live right here, just a four-wheel drive away. We see our grandchildren all the time,” said Jim.

The Larsens have a nice 70 foot-by-144 foot calving barn, complete with barn cameras, where they calve out their heifers each year in February. Other buildings on the ranch include barns, Quonsets, grain bins and smaller buildings.

The family has a rich ag history in eastern Montana.

They came to the Forsyth area and homesteaded the Larsen family farm/ranch in 1917. They had nine children.

Second generation and Jim’s parents, Chester (Chet) and Jean Just, later took over the diversified ranch. They had two children, Jim and Judy, who lives in Columbus, Ohio.

Jean, 99, continues to live and be involved in the ranch.

“When my Dad returned from military service during World War II, in 1949, he slowly started buying and breeding registered Angus cattle,” Jim said.

Chet operated the ranch with his two brothers, George and Neil. In 1961, Chet began buying up land for the ranch’s grazing program when land was a lot less costly than it became later on.

Jim worked with Chet for many years before Chet passed away in 2001. Jim took over the Angus operation in the 90s.

“My Dad sold registered Angus cattle private treaty until 1974, when we began our annual sale on the fourth Monday in March,” he added.

Next year, the family will have their 47th annual production sale on March 22, 2021 at the ranch.

“We sell to mostly commercial cattlemen in this Montana region,” he said.

The family currently runs about 300 purebred registered Black Angus cows and 600 Black Angus commercial cows. The cattle graze in groups of 200-250 around the large ranch from May to October.

In 2001, Jim and Carrin and the rest of the family purchased four center pivots. The pivots irrigate their alfalfa hay, producing numerous bales to add to the winter feed mix.

This year, Jim said the weather has been mostly dry, with “lots” of grasshoppers showing up in the fields, and hail toward the end of the summer. But they made it through.

“We work cattle on horseback, and we also have four-wheelers,” Jim said.

The women on the ranch, including Wendy, Tisha and Carin, have agreed to be reporters over the winter season for The Prairie Star. We’re thankful - and excited to hear about the family ranch as we go through the season.