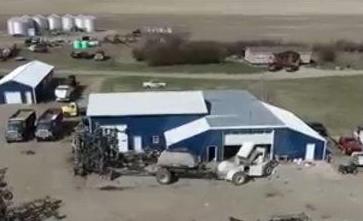 Welker Farms is located near Shelby, Mont., where Bob Welker, and his two sons, Nick and Scott, farm together. 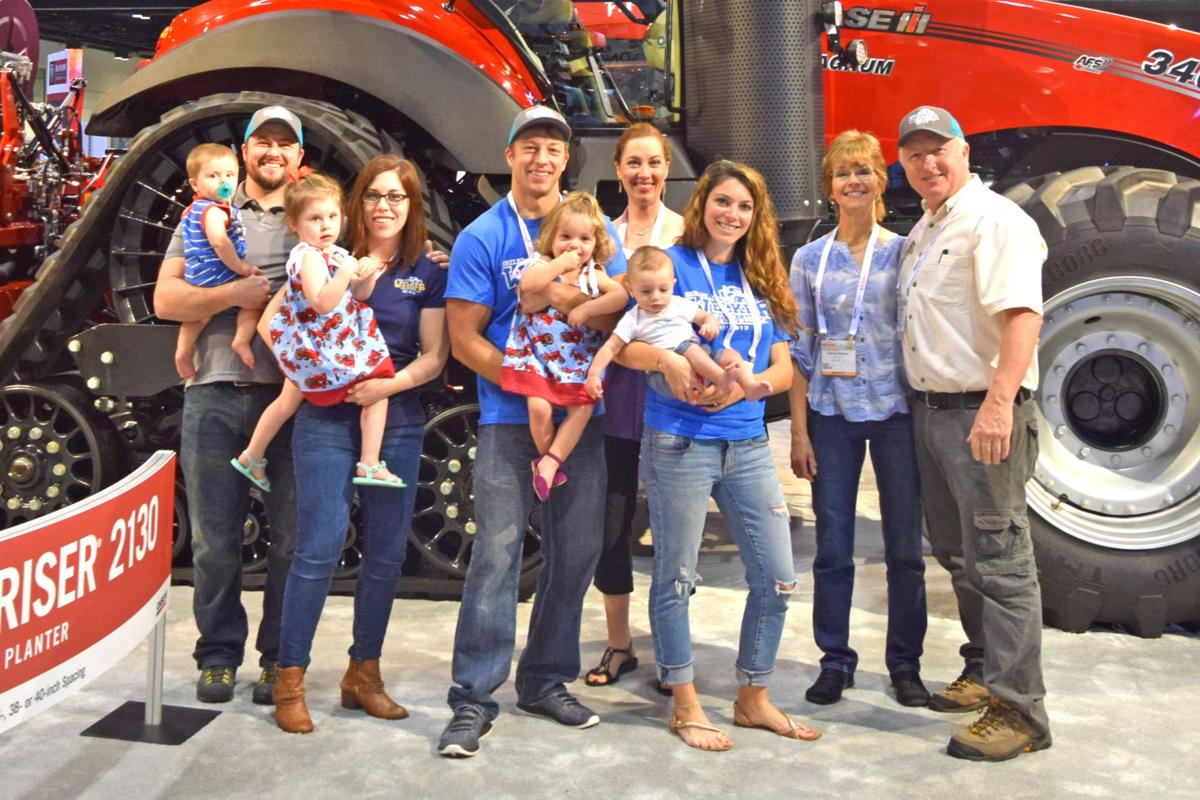 Welker Farms is located near Shelby, Mont., where Bob Welker, and his two sons, Nick and Scott, farm together.

SHELBY, Mont. – In the north central region of the state, some of the best hard red wheat in the country is grown on farms in the Golden Triangle, so-called because the wheat grows lush and green in early summer and transitions to thick and gold by mid-summer.

These farms contain long fields that stretch out seemingly for miles and look as if they end at the sky, which is why this is truly “Big Sky Country.”

Producers here are closing in one of the most important and exciting times of the year – spring seeding.

While the soil is still a bit cold and the ground a little soft, farmers have been busy working on farm machines, making sure the tires are sound, the tractors fueled, the fertilizers ordered and the seeds cleaned or bought – and it’s all ready to go.

At Welker Farms, Bob Welker, third-generation on the family farm, works with his two sons, Nick and Scott.

“We enjoy farming together and we always put our faith in the Lord first,” Bob said.

Bob, Nick and Scott are getting the “Big Bud” tractors and planting systems ready, doing all the routine maintenance. Soon they will be pre-spraying the crop acres for winter annuals.

“After pre-spraying we’ll no-till spring wheat to add to our winter wheat, and we’ll also seed yellow peas on re-crop land,” he said.

Their soils are shallow, varying from clay-silt loam to clay loam on fairly flat terrain, with their usual rainfall amounts of around 9 inches per year.

The Welker family farm, which celebrated its centennial anniversary a few years ago, has a unique and interesting history in the region.

Up until the early 1900s, northern Montana was territory belonging to Native Americans, except for the building of the Great Northern Railroad in the 1890s.

Around 1907, a treaty with the Native Americans opened up the land for homesteading, and farmers from all over the U.S. came to stake their claim.

“My grandfather’s brother left Oklahoma in 1911 to homestead half of a section of land just north of Shelby,” Bob said. “Afterward, he convinced my grandpa, John, to leave Oklahoma and homestead the eastern half. In 1912, along with my grandmother, May, and a couple of children, grandpa loaded a box car with their possessions, traveled up here, and staked his claim on 320 acres.”

A year later, his brother returned to Oklahoma and Grandpa John took care of his brother’s land claim, as well as his own.

“Life on the homestead was very harsh, with no ground water and only a tar-papered two room shack,” Bob said.

Since they were four miles from Shelby, the family rented a small two-room house during the winter so seven of the nine children could go to school.

“My father James, the youngest son, was too young to join the Army during WWII, so he continued to farm the homestead while the other brothers served in the war,” he said.

After the war, one of his father’s brothers, Howard, came back to the farm, and James and Howard began the Welker Brothers partnership.

They built up the size of the farm each year, and by the 70s, owned and leased more than 7,000 acres.

Bob is the oldest son of four, with two older sisters and one younger brother, Ken. Though Ken liked farming, he developed a love for medicine and went on to become a surgeon.

“I attended Montana State University where I met a Montana farm girl. Karen came from a small ranch near Ronan, and her family raised sheep, beef, and milked a few cows. I made a promise to her that she would be outstanding in my field if she would say yes. I took ‘ok’ as a positive,” he said.

Karen and Bob raised four children, homeschooling them through junior high and some into high school.

Their oldest daughter, Laura, works in the administration of the family’s local hospital in Shelby.

Their daughter, Lisa, serves with her husband, and three of the Welker’s grandchildren in the Czech Republic as missionaries.

“Nick and Scott farm with me on our 10,000-acre farm. They have a deep love of farming and have developed great skills for use on the farm,” Bob said. “Both are married and have two children each.”

Bob explained farming today is “much different than when my grandfather homesteaded.”

Grandpa John started farming with a team of horses and by the late 30s he was farming with McCormick-Deering tractors. In the 40s, they were using International WD9 and D4 Caterpillars. In the 50s through the 60s, they begin to use Wagner type four-wheel drive tractors.

“Our first ‘Big Bud’ was purchased in 1971, which became the icon of Welker Brothers,” Bob said. “Since then, ‘Big Bud’ tractors have played a big role in our field work, even to this day.”

The three Welkers are able to farm the large acres because of the massive increase in equipment sizes, the arrival of Roundup to replace tillage, advancement of crops genetics, and using GPS technology.

“Then in 1993, my dad leased his half, but by then about one-third of the owned land was enrolled into CRP,” Bob said.

In the mid-90s, Bob transitioned over to no-till and hasn’t looked back since.

“With Nick, Scott and myself, we have added more land, including land previously in CRP,” he said.

If the name Welker Farms rings a bell, it is probably due to a video of the farm Nick produced to celebrate the family farm’s centennial a few years ago. The film went “viral” and the rest is history.

“One of the most unusual aspects of our farm is the notoriety we have from the huge following of our YouTube channel,” Bob said. “Nick, who manages it, has more than 180,000 subscribers and 205 videos, which have more than 23 million views.”

“We are also known around the world for the iconic ‘Big Bud’ tractors, and the only self-propelled sprayer that looks like a ‘Big Bud’ – the Big Brute,” Bob said, with a smile.

But Bob, Nick and Scott are true farmers that work hard and have faith. Telling the story of agriculture has become natural for the three farmers, but it is a lot of work to add to the hard work they do every day on the farm.

Yet the knowledge that so many people around the world gain by clicking on a video of their farm to see what a real, true working farm is means a lot to them and to the entire agriculture industry.