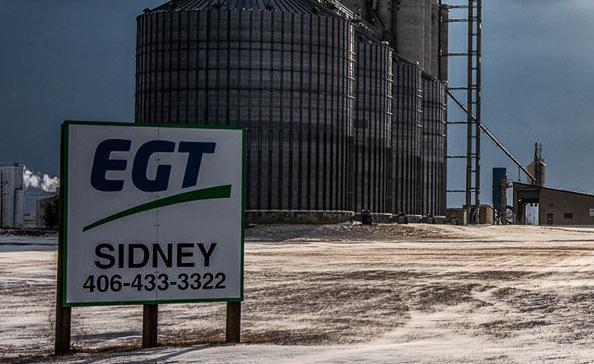 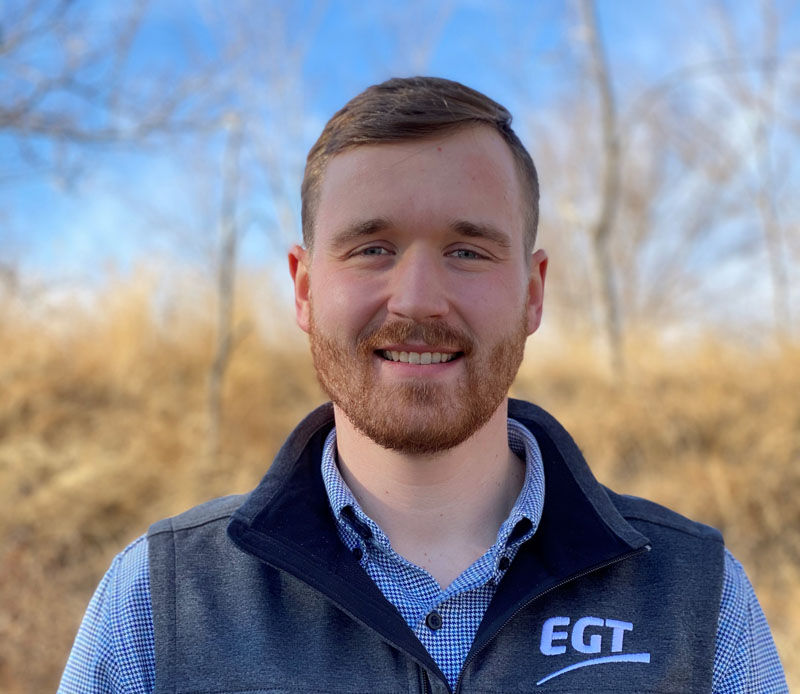 In 2011, Bunge North America and ITOCHU joined together to form a grain venture – EGT, LLC – in the former Anheuser-Busch malting barley facilities in Sidney.

EGT built the first export terminal in the nation in two decades in Longview, Wash., handling grain through both barge and rail.

“An export terminal had not been built in the U.S. in 25 years at that point,” Holt said. “EGT was first one.”

At the time, Bunge, an American company headquartered in St. Louis, Mo., had a huge export terminal in the Gulf and wanted to tap into the Pacific Northwest market.

“They are one of the largest grain companies in the world and have a footprint in nearly every country,” Holt said. “We needed more outlets for the export market.”

“It may not be the biggest along the Columbia River, but it was built for efficiency – to pump volume in and pump volume right back out,” he said.

Bunge has a two-thirds majority share in EGT. A year ago, ITOCHU was bought out by Pan Ocean America, a shipping/logistics company operating in the Pacific Ocean, so EGT is now a Bunge/Pan Ocean venture.

“It helps being part of Pan Ocean America when we are moving a lot of our ocean freight back and forth from the export terminal to our export destinations. It is a huge benefit, Holt said.

The other elevators are located in Chester, Kintyre Flats, the elevator Holt started at, and Tunis, which is north of Great Falls.

According to Bunge, the facilities were designed to provide growers with fast weighing, grading and dumping, offering best-in-class cycle times.

All the Montana elevators are identical, Holt pointed out. Parts can be borrowed back and forth.

“The elevators are some of the newest in the state. We built them for ease of management so employees could fill in for each other if needed,” he said.

Before building the four facilities, Bunge researched grain needs in Montana so the shuttle loader elevators could be placed strategically in the state and meet the needs of farmers.

EGT Sidney was acquired from Busch Ag Resources in late 2018. It had been a barley facility for Busch Ag since 2003.

EGT Sidney also has a new bucket elevator, rated at 60,000 bushels per hour at full capacity.

Holt pointed to a photo of the Sidney elevator, with its total of 1.4 million bushels of storage, which includes steel bins that hold a total of 250,000 bushels, and a concrete house that holds eight separate concrete bins of 50,000 bushels each, along with other storage.

A farmer can bring in a semi-load of wheat and be back out on the road in a few minutes.

“Right now, we can dump a fully-loaded semi in three minutes,” Holt said.

“We are actually loading a spring wheat shuttle right now, about 3,500 bushels, every four minutes,” he added.

EGT ships most of its sourced commodities to Longview, Wash.

“It is very handy having our own export terminal,” he said. “Longview pulls many varieties of wheat out of Washington, Oregon, Idaho, North Dakota, South Dakota, Minnesota, and of course, Montana. On top of those states, we reach into Iowa and Nebraska for soybeans and corn, as well.”

Durum is the only commodity that is shipped east into the eastern milling markets.

“We are starting to partner with a company in the Midwest and everything we source (for domestic markets) will head that way,” he said.

EGT in Sidney hopes to be a new option for eastern Montana/western North Dakota farmers selling durum and soybeans.

While soybeans may be a relatively new crop in the MonDak region, except for some irrigated areas in the Yellowstone Valley, durum has been extensively grown in the region, with its ideal growing conditions.

The USDA Prospective Plantings report in March reported durum acres could be slighter higher in Montana this year, from 690,000 acres last year to a planned 710,000 acres this spring.

That is offset, however, by North Dakota farmers potentially planting less durum this year, from 910,000 acres last year down to a planned 750,000 acres this spring. Most durum in the state is grown in the western region.

Soybeans are starting to grow in acreage in the MonDak region, according to Holt.

While Montana does not count soybean acreage, North Dakota is increasing its soybean acreage this year, if the report holds true, to 7 million acres. Most of that is in the eastern region, however.

There are only a couple elevators that handle soybeans in the region, but the addition of EGT in Sidney should provide another option.

“With the rebound in soybean prices over the last couple of years and having more direct market access in Sidney and the MonDak region, there definitely could be an incentive for soybean acreage to increase,” he said.

“I know guys are looking at adding soybeans as a potential rotational crop. In our area, replacing beet acres with beans can maintain these kind of (price) levels.

Holt said in North Dakota, McKenzie and Williams counties had fairly flat soybean production in 2017-2018. After that, “soybeans took off.”

Holt pointed out that farmers are more optimistic that the trading disputes with China and other countries are being settled, so there could be a quicker rebound in soybean acres.

“Since 2018, soybeans have become more of an option to plant because now farmers have a closer market to deliver beans to with EGT,” he added.

Holt understands that not everyone can grow soybeans, depending on their situation and if crop insurance is offering it in their county.

“Soybeans are a crop that we have to have a certain amount of water at certain growth stages for them to produce. It is not as quite of a robust crop as wheat is,” Holt said.

However, more farmers are trying dryland soybeans in the MonDak region over the past few years.

“We had irrigated growers from Forsyth deliver soybeans all the way to Sidney because there was a market for them,” he said.

But prices for soybeans lost footing when the trade disputes began with China.

“Having the bean market with China taken away from us for a couple of years definitely hurt and that kind of led to the suppression of prices we saw with a low in 2019,” he said.

A lot of the price that EGT pays to farmers has to do with what the Burlington Northern Santa Fe railroad charges for grain movement.

EGT offers contracts, including Hedge to Arrive (HTA), where farmers are offered the choice to lock in only the futures reference price portion of the cash contract for a specific quantity to be delivered in the future.

“We also offer a cash price that day, but we don’t have Act of God contracts,” he said.

But as we all know, ag markets are cyclical.

“We have our peak times and we have our lower times,” he said. “After 2020, the markets are peaking in the right direction now.”

Holt believes EGT Sidney will continue to grow and expand with durum acres doing well and soybeans becoming one of their best commodities.

“We are starting to see the highest price in the market in seven years for beans. If we can maintain those levels, I think it will be one of those crops guys think of if they have the water supply to produce beans in the heat of summer,” Holt concluded.

Are UAVs the answer to seeding in wetlands, saline seeps?

Gabe Brown, a rancher in Bismarck, N.D., and part of Understanding Ag, LLC, a regenerative ag business that helps farms and ranches throughout…

According to the latest census results, the average age of a Montana farmer is 58.2 years old, up 1.2 years from the 2012 census. Moreover, th…

How has the farm economy performed nationally and regionally over the past four decades?

BILLINGS, Mont. – With a state theme of “Connected by Corduroy,” the Montana FFA Association made the best of this COVID changed year by hosti…