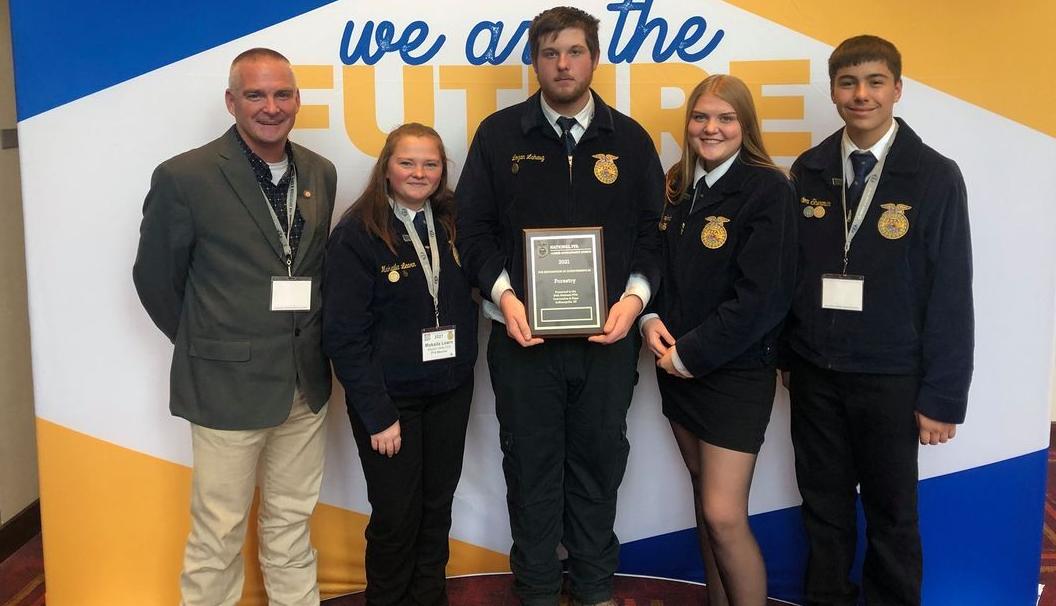 Mr. Casey Lunceford, Ag education teacher at Ronan High School, was recently awarded The Harbor Freight Tools for Schools Prize for Teaching Excellence. He won the award largely due to the close-knit atmosphere he creates in his FFA chapter and the ag mechanics and construction curriculum he has developed. He is pictured here with members of the Mission Valley FFA State winning Forestry Judging team. They recently competed at the 94th National FFA Convention, receiving a silver placing. 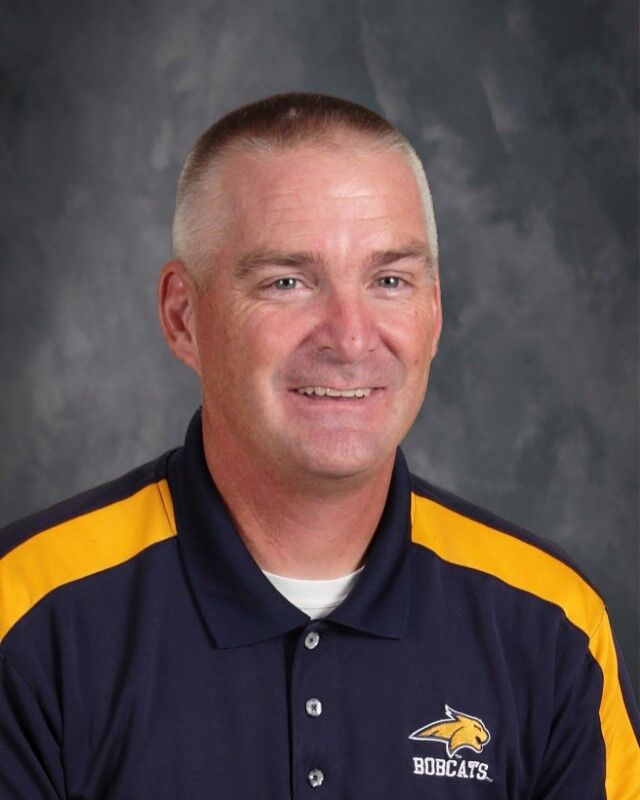 Anyone who has ever been in ag education knows, however, that an ag teacher is more than that. They are bus drivers, speech coaches, life coaches and livestock haulers/groomers, and often, they become a very influential guiding hand in the lives of their students.

Casey Lunceford, ag education teacher and FFA advisor in Ronan, Mont., is all of the things mentioned above, and his inspiring educational efforts recently garnered the attention they deserve when he was awarded a Harbor Freight Tools for Schools Prize for Teaching Excellence.

Lunceford was one of 18 award recipients picked from a pool of over 700 applicants. Lunceford’s prize package included $50,000 – $15,000 of which was personally awarded to him while the other $35,000 will be used in his agriculture education program.

Born and raised in Stevensville, Mont., Lunceford had a rather non-traditional path to becoming an ag education teacher. His degree is in Business Marketing and he spent 10 years in the log home industry. When the 2008 recession hit, Lunceford looked for a career change. Growing up, Lunceford was involved in FFA and he had been part of rekindling the FFA alumni organization in his hometown, so when an ag teacher position became available in Big Timber, Lunceford jumped at the opportunity.

Lunceford has now been teaching at Ronan High School for four years.

“When I first got here there were only nine kids in FFA, but our membership has just continued to grow. It is very neat,” he said.

Reigniting a passion for ag education and FFA is a bit of an undertaking, and Lunceford is quick to point out, his chapter’s growing success can really be linked to the strong officer teams that have been at the helm. More and more students in the Ronan school system have found a home and a place of belonging in their ag education classes and blue corduroy jackets.

Lunceford has also done his part to build chapter involvement by creating an atmosphere of solidarity among members. Building memories collectively as a chapter, he attests, has done wonders to boost chapter moral and to increase participation. Lunceford hasn’t been afraid to look outside the traditional scope of FFA to look for memory-making opportunities.

“We started a fishing club within our FFA chapter, so once a month or so we go and fish some of the great waters we have access to in the Mission Valley,” he said.

In addition to promoting a close-knit FFA chapter, Lunceford’s Harbor Freight Tools for Schools application stood out because of his strong agriculture construction and agriculture mechanics curriculum. Always willing to give back to the community that has supported the FFA chapter, Lunceford’s ag education students often find themselves working on community improvement projects.

Lunceford has been the hog barn superintendent at the Lake County Fair for the past few years and he took note of the fact pigs were often escaping their pens while at the fair. Lunceford knew he could remedy the problem, so he rallied the help of his ag education students and together they did a complete remodel of the hog barn at their county fairgrounds.

“As a class we got to pour concrete, weld, fabricate and install all the pig pens. The students got to work with some other people in the community and a couple students were even offered jobs,” he explained.

Ag education has long been prided for the real-life, employable skills it teaches students, and Lunceford focuses his teaching style around that connection. He feels ag education and FFA provides students with invaluable experience in potential career fields and it also offers budding entrepreneurs the chance to gain experience.

“It is so easy for kids that gain experience from ag education classes to move right into the industry. What’s really great about ag education is it shows kids what they need to get trained to be a professional. They may not be able to be a welder right out of high school, but they will know what it takes to get there,” he said.

Lunceford and his chapter are planning on using the prize money to update equipment in the shop and they are also seriously considering purchasing a portable welder so the student’s educational experiences can be more mobile and they can do community enhancing welding projects onsite.

Lunceford himself is very honored and humbled by the award. He extends a huge thank you to his fellow ag education teachers across the state whom he has turned to for inspiration, guidance, and support.

“Hopefully this opens some doors and we have a teacher from Montana win this award every year,” Lunceford said with a smile.

The Harbor Freight Tools for Schools program was developed to recognize instructors who are doing an outstanding job teaching skilled trades in U.S. public schools. Casey Lunceford is a shining example and much deserving of this award.

Duckworth Clothing Co. provides quality wool garments made in the US

For generations, the Helle family has raised sheep in the mountains and valleys of southwestern Montana. Raising Rambouillet sheep, their oper…

BILLINGS, Mont. – Agriculturalists from around the state convened in the Magic City on Nov. 8-11 for the annual Montana Farm Bureau Federation…

Lieutenant Colonel Greg Gabel had a childhood much like any other Montana farm kid. Born and raised in Huntley, Mont., Gabel was involved in 4…

In keeping with their dedication to climate and environmental policy protection, the Biden Administration in mid-October announced proposals t…

Beekeeping a family business for the Larsons

Generational family businesses can often point to one serendipitous moment where it all began. It’s the moment the idea stuck or the passion w…

Mr. Casey Lunceford, Ag education teacher at Ronan High School, was recently awarded The Harbor Freight Tools for Schools Prize for Teaching Excellence. He won the award largely due to the close-knit atmosphere he creates in his FFA chapter and the ag mechanics and construction curriculum he has developed. He is pictured here with members of the Mission Valley FFA State winning Forestry Judging team. They recently competed at the 94th National FFA Convention, receiving a silver placing.