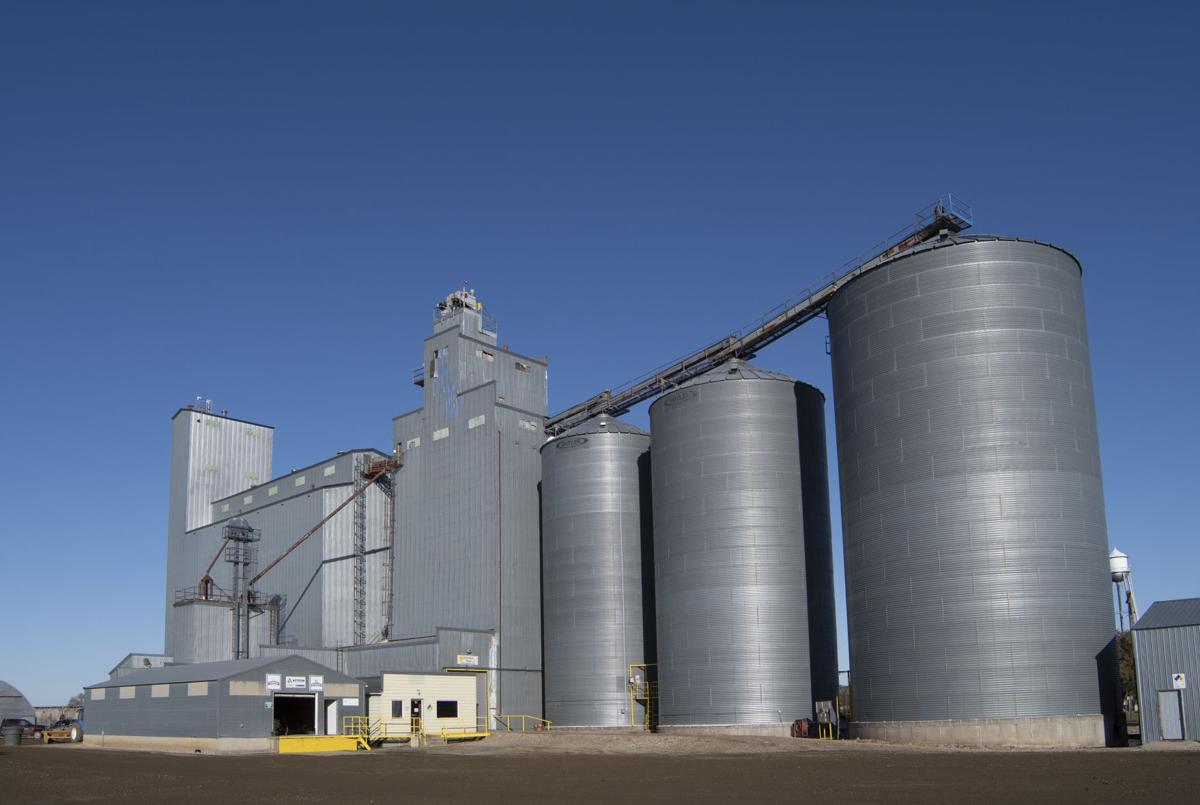 New life was breathed into the old elevator when it was recommissioned for receiving Calyxt soybeans. The elevator in St. Lawrence, S.D., has been handling grain since 1926. The facility was updated in 1976 and 1983 and closed in 2018. 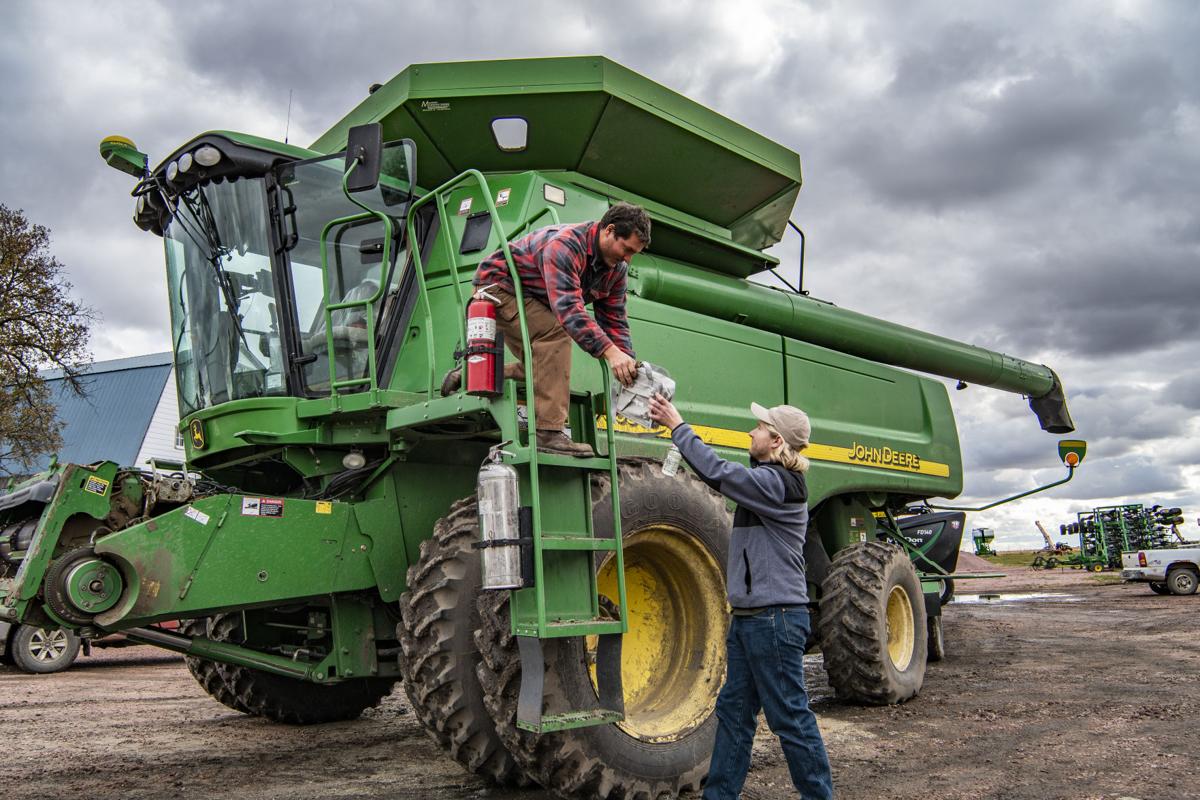 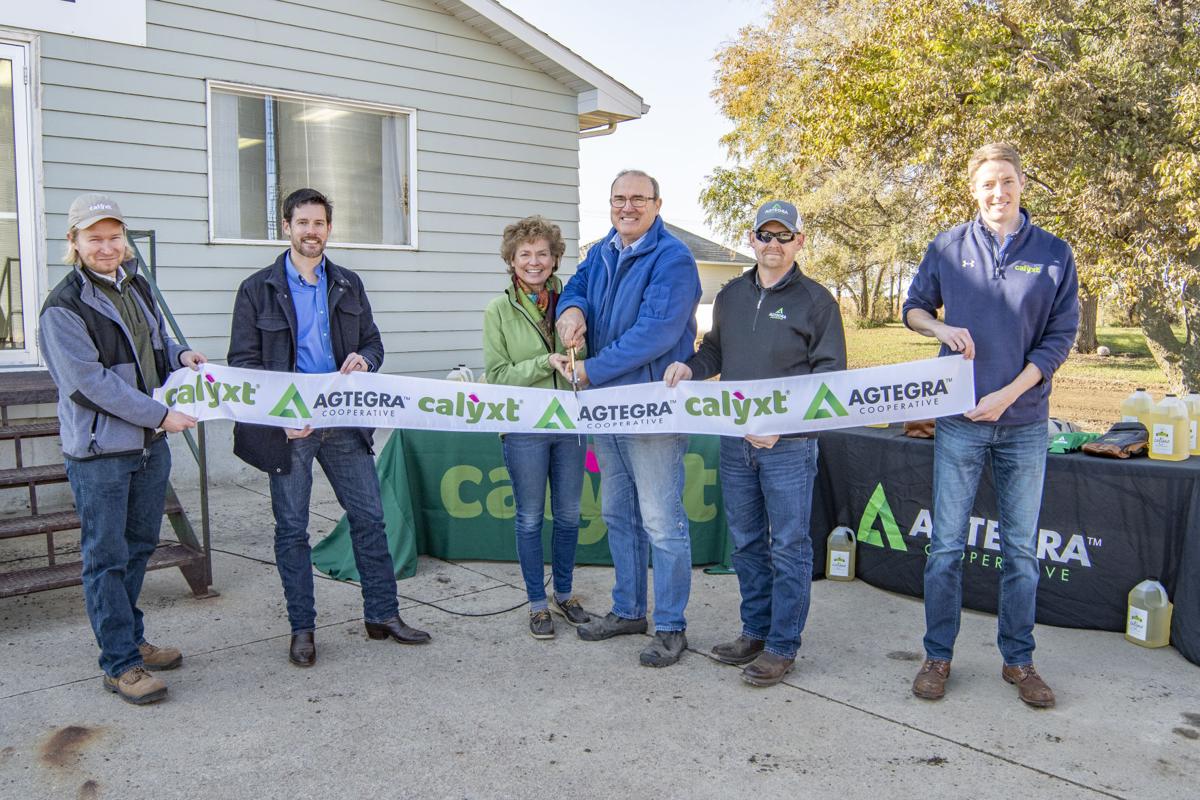 Tom and Renae Morog finished soybean harvest in late October, getting stuck only one more time.

Corn tested at 23% moisture, which was too wet for the local elevator to handle while they were still focused on soybeans. At 25%, the cost of drying is about 50 cents per bushel, which is another drawback to a wet harvest.

In the meantime, the Morogs were completing soil sampling on recently harvested fields in order to apply accurate prescriptions of fertilizer, possibly this fall and if not, next spring.

“Soil sampling is a critical task to maximize the potential of each crop year,” Tom Morog said.

Oct. 24, the Morogs celebrated the recommissioning of Agtegra’s St. Lawrence grain elevator. The facility, on the Rapid City, Pierre, and Eastern rail line, has been handling grain since 1926. Over the years there have been many updates and additions, and it was the main elevator for local farmers to deliver and sell their grain.

“For a facility that is almost 100 years old, it served its purpose well, but closed last year due to competition from much larger facilities,” Morog said. “Last week, new life was breathed into the old elevator when it was recommissioned for the sole purpose of receiving Calyxt soybeans from area farmers.”

The high oleic soybeans produce a heart healthy oil and were first grown in 2016, in the St. Lawrence area by four producers in small plots totaling about 40 acres. They were the first gene edited crop ever grown in the world, according to Morog.

South Dakota couple in on ground floor with new soybean

Gene edited soybeans are hitting their stride in South Dakota, and after lengthy test period…

The 2016 crop yielded a few thousand bushels that were crushed at the South Dakota Soybean Processor plant just east of St. Lawrence. In 2019, about 60,000 acres of Calyxt beans were contracted, and in 2020 the goal is over 100,000 acres in South Dakota, Minnesota and Iowa, Morog said.

This past year Calyxt and the soybean oil gained international attention when the Morog farm was visited by Japanese Public Broadcasting, NHK, when they were producing a segment on gene edited food for their Japanese viewers.

“Agtegra and Landus, two farmer owned co-ops in South Dakota and Iowa have become an integral part to the success of Calyxt,” he said.

Both provide seed and agronomy services for the new soybeans, and Landus is crushing the beans into oil and meal.

Calyxt is a company born at the University of Minnesota by Dan Voytas, who invented the gene editing technology, Talon. The heart healthy oil is named Calyno, but it is not yet available on store shelves.

In addition to being healthy, it has a longer shelf life and a fry life three times longer than typical cooking oil. Calyxt is also working on a high fiber wheat, which will be tested in South Dakota in the future, Morog said.

A local restaurant, Willie’s Bar and Grill, in St. Lawrence, is one of the first users of Calyno in their cooking. They also served a meal, sponsored by Calyxt and Agtegra, to all attendees of the recommissioning and provided take-out lunches to area producers who were harvesting.

“The re-opening of the St. Lawrence elevator is great for our community,” Morog said. “Many harvested Calyxt beans have already been delivered to the facility. It’s also great for South Dakota and our region to be the epicenter of a new technology that can bring great advances in agriculture and healthier food to tables around the country and world.”

Morog wished everyone a safe harvest and encourages farmers to get enough rest, take your time and monitor your equipment during harvest.