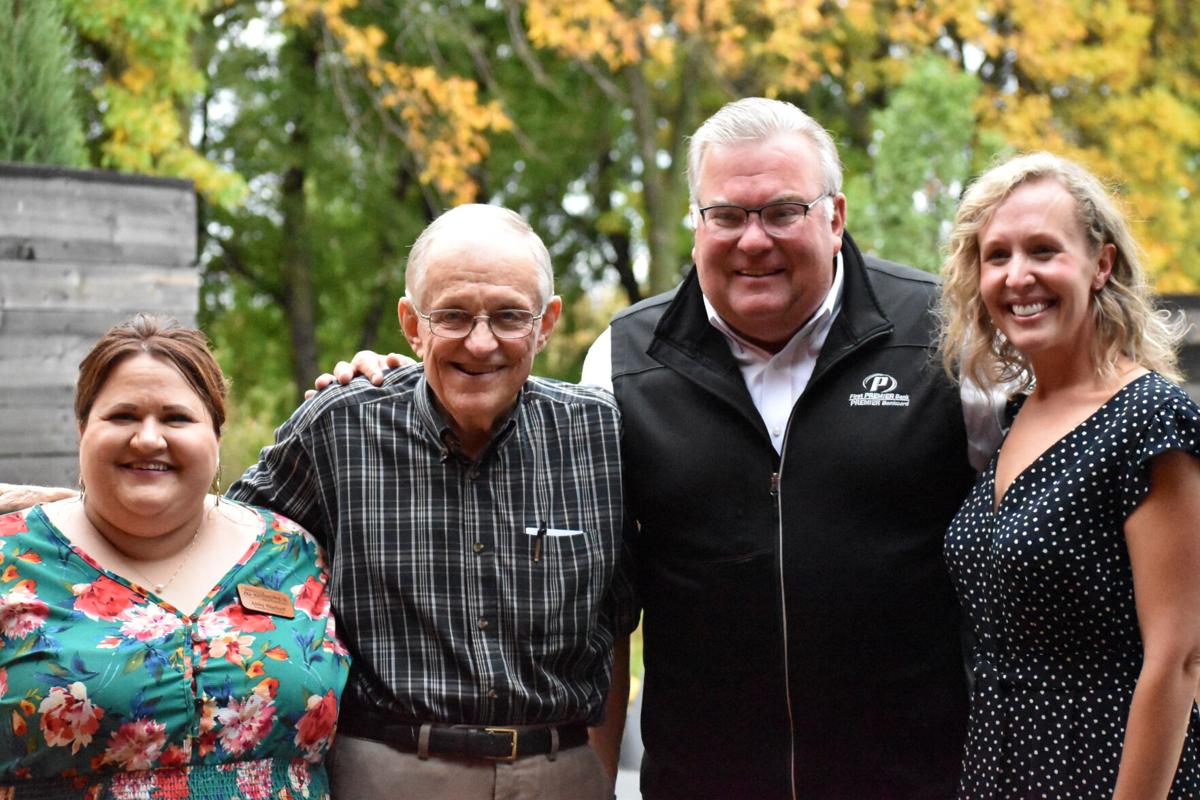 Abby Bischoff, left, Jim Woster, Dana Dykhouse and Paige Pearson Meyer have been instrumental in preserving the history of the Sioux Falls Stockyards and raising funds for the Stockyards barn and plaza. 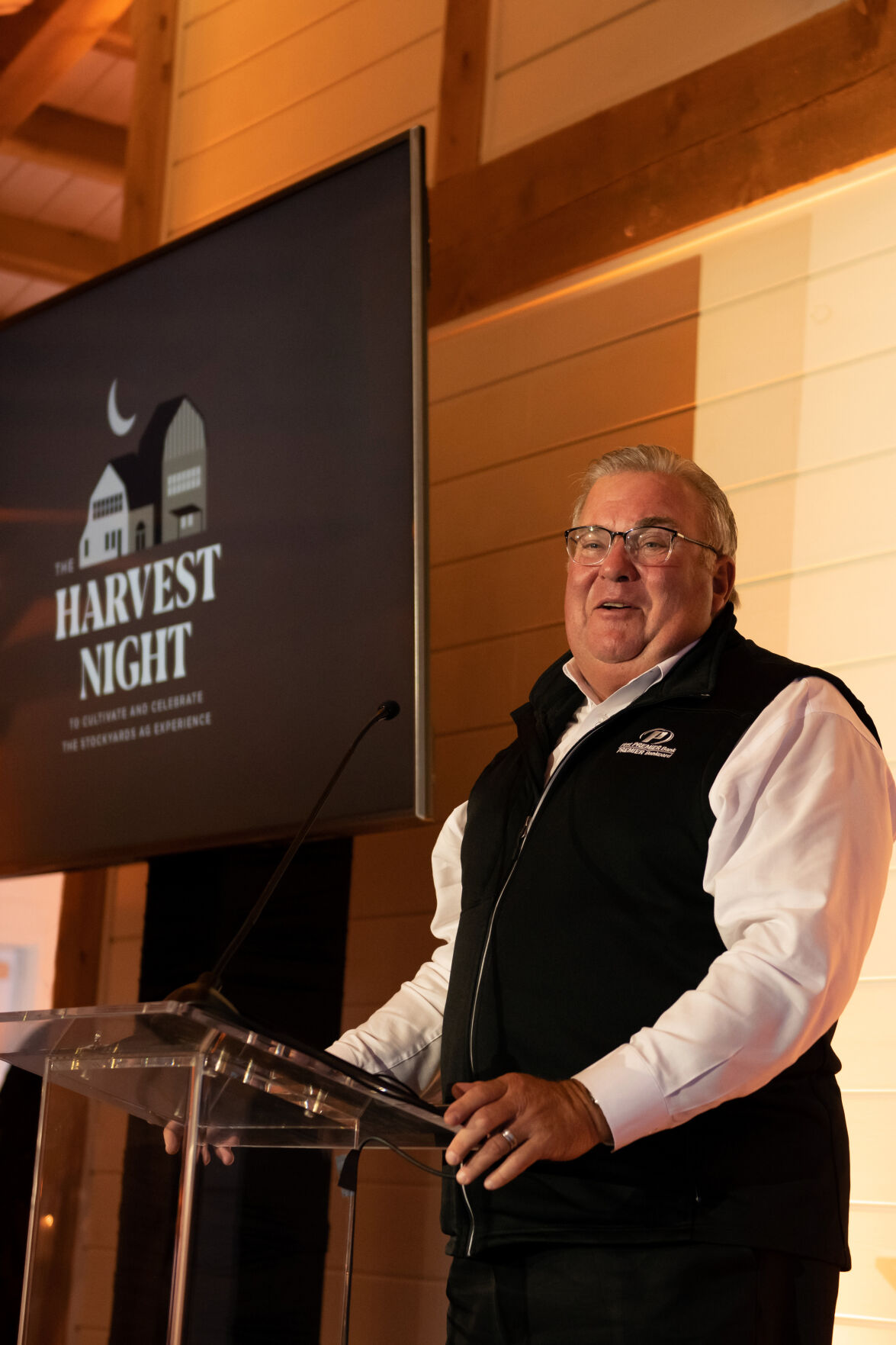 One and a half million dollars.

That’s the amount T. Denny Sanford and First Premier Bank are pledging to the Stockyards Ag Experience in Sioux Falls.

Dykhouse’s announcement was followed by another by Abby Bischoff, Stockyard Ag Experience executive director: the funds would be used to build Woster Plaza, an outdoor education and activity center named after Tri-State Neighbor’s own Jim Woster.

He was scheduled to speak after Dykhouse, but wasn’t made aware of the donation or the naming project before the event. “I’ve got tears in my eyes.”

“Jim would never ask for something to be named after himself,” Bischoff said. “So Paige Pearson Meyer, our board chair, and I talked to some other people in the community about changing the outdoor plaza to honor Jim. Then the magic happened and it all came together and we were able to make the announcement at the event, which was really, really special to be able to do.”

Woster Plaza will offer a variety of features that will be both fun and educational. Kids will be able to “harvest” items, take them to town and sell them at market which in turn will lead to information about transportation and biofuels being an important part of agriculture.

There will also be general playground equipment such as slides and swings, “but they will all be situated in an ag environment. We’ll even be able to bring in livestock from time to time,” Bischoff said.

She added that there may even be opportunities for future workforce development.

“If we're showing kids the cool tech focus and the opportunities that are out there at a young age, it could spark the imagination of kids and show that really cool things are possible with technology and precision ag, and that you can still be connected to your family farm,” she said.

As South Dakota urban populations continue to grow, residents continue to get more and more removed from agriculture, Bischoff said.

She hopes the plaza will be a place where diverse groups can come together and learn from one another, from addressing consumers’ concerns to giving farmers an outlet to demonstrate how and why they do things, including how they tackle things like sustainability and climate change.

Bridging that gap, Bischoff said, “It’s what we’re all about.”

The Sioux Falls Stockyards operated for nearly 100 years, closing in 2009. Since about 2012, Woster has been instrumental in creating a project to honor its history.

The Stockyards Ag Experience Barn opened in 2017 in an old horse barn at Falls Park. The upper level has a museum detailing the history of the Sioux Falls Stockyards, where Woster worked, and the lower area has interactive displays and a play area aimed at teaching kids where their food comes from.

Groundbreaking for the Woster Plaza on former stockyards land near Falls Park is tentatively scheduled for early 2023.

“It’s a good lesson: you better keep that cell phone with you at all times.” That’s the advice of Richard Hoffman who suffered a 25-foot fall and spent a cold night in a grain bin this week.

“I am excited to come home to the state where I grew up and work on behalf of South Dakota’s corn producers to help ensure their needs are met from a policy standpoint in both Pierre and Washington, D.C.”

As DaNita Murray takes the helm of the primary advocacy organization for South Dakota’s largest commodity, sustainability is top of mind.

An eye for the green

A technology company with a mission of reducing chemical usage is getting ready to roll out an after-market kit that gives sprayers an eye in the field. “It’s a transition from this very wasteful practices to very precise applications.”

Abby Bischoff, left, Jim Woster, Dana Dykhouse and Paige Pearson Meyer have been instrumental in preserving the history of the Sioux Falls Stockyards and raising funds for the Stockyards barn and plaza. 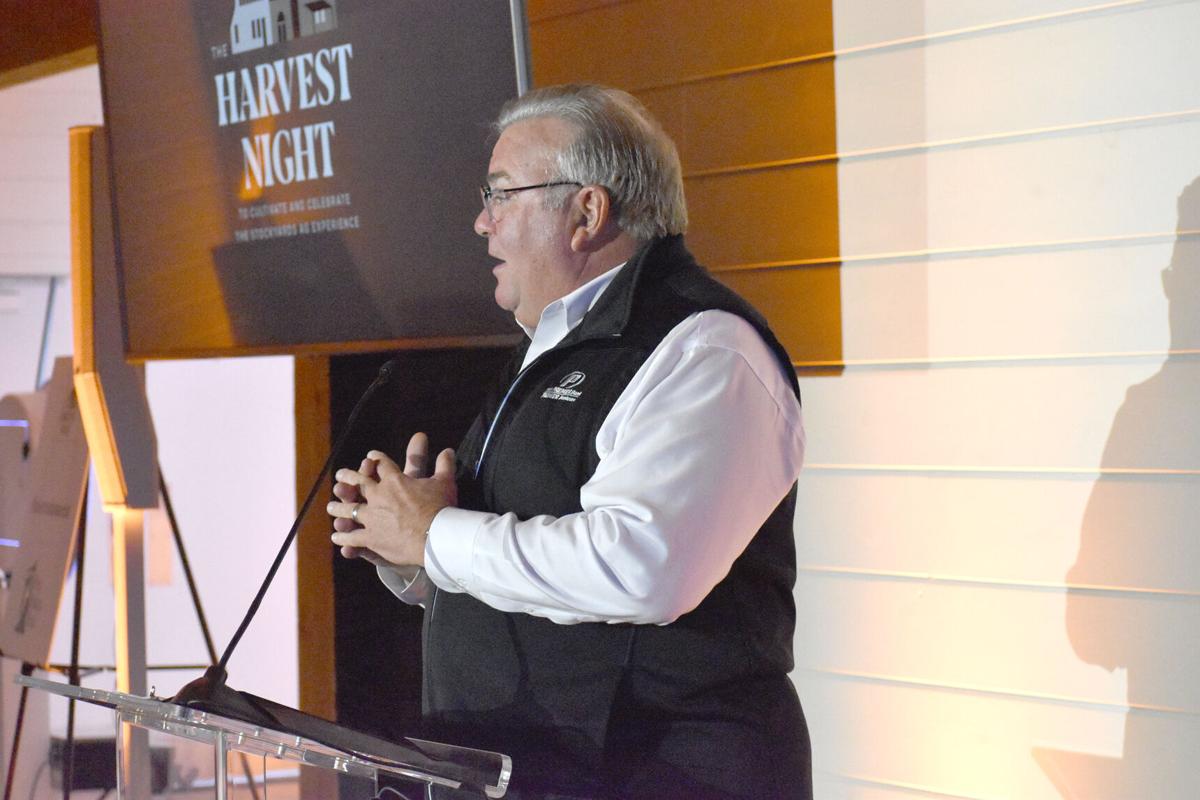 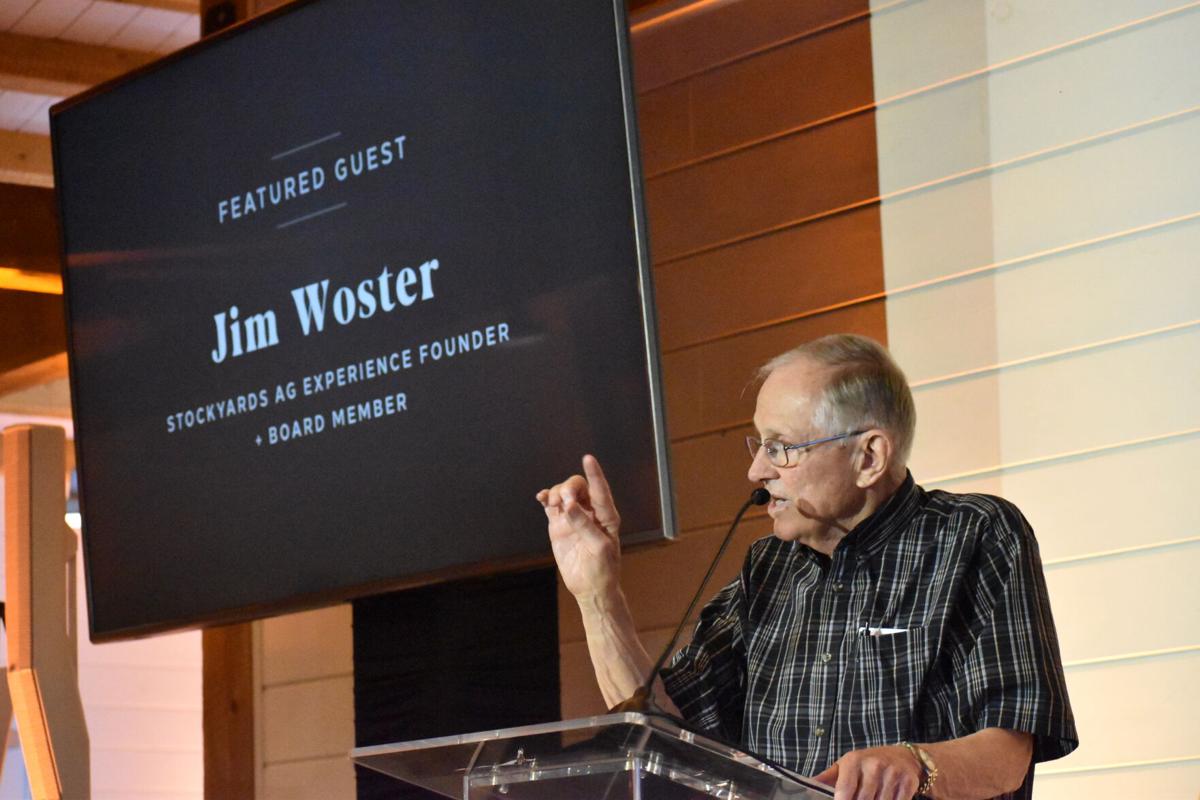 Jim Woster speaks at the Harvest Night fundraiser following the announcement of a major donation to make the Stockyards Ag Experience Woster Plaza a reality.

Groundbreaking for Woster Plaza is set for early 2023.

Plans for the Woster Plaza at the Stockyards Ag Experience call for a picnic shelter, playground and agricultural exhibits.