When raising calves studies have shown that two – or more – heads are better than one in several ways. Housing milk-fed calves with at least one social partner can be a win-win-win in terms of animal welfare, calf-growth performance and consumer perception.

In the United States and Canada the majority of calves are housed singly before weaning. Individual rearing became standard practice in the 1960s, in part based on University of Wisconsin research. Isolation was seen to decrease the risk of calf-to-calf disease transmission, reducing morbidity and mortality rates. Without computerized monitoring, single housing also allowed for ease of tracking feed intake and signs of illness.

But we now know other factors often contribute to the poor health and performance sometimes seen in group-housed calves. Reduced milk allowances that were once the norm resulted in less nutrient intake, reducing immune function. Insufficient ventilation in older facilities meant subpar air quality, increasing the risk of pathogen exposure.

The principles for promoting good health outcomes are similar whether managing individuals, pairs or groups. The risk of respiratory disease and morbidity is reduced in several ways.

Research at UW-Madison on primates found developmental impairments when normally social species were reared in isolation. During the past several years many research groups worldwide applied those concepts to study the development of calves reared either conventionally or socially. The consensus is now that pairs and small groups provide clear advantages when managed well.

It’s good for the calf – it’s important to maintain per-calf space allowance, meaning an increase in total space for pairs or groups. A larger space allows calves to show a wider range of natural behaviors, including playing. They learn to play well with others. Having social contact early in life helps them learn appropriate social interactions and also improves their other learning abilities. Socially reared calves show better flexibility and adaptability to change, including a greater willingness to try new feeds such as hay and total-mixed ration. That translates into better resilience to weaning stress. Calves reared with social companions bellow less during weaning. When regrouped after weaning they start feeding sooner and don’t show the same growth check that conventionally reared calves commonly do.

It’s good for growth performance – across a dozen studies socially reared calves outperformed single calves in one or more categories.

Those increases were especially apparent for calves fed increased milk allowances. Becoming established on solid feeds before weaning is important for stimulating rumen function. Better early-life growth translates to earlier onset of puberty and better milk production at maturity. All those outcomes are better for the dairy operation.

It’s good for consumer acceptance – this past summer Rielle Perttu, Beth Ventura and Marcia Endres from the University of Minnesota surveyed more than 1,300 adult fairgoers at the Minnesota State Fair. Almost all those fairgoers consumed dairy products – but less than a fourth had family in the dairy industry.

Social housing can be implemented in many ways, either in a calf barn or outdoors in hutches. The Professional Dairy Producers of Wisconsin’s “Calf Care Connection” workshops will be held in November in Chilton, Eau Claire and Fennimore, Wisconsin. I will lead breakout sessions to explore scenarios regarding how different types of dairy operations can transition to social rearing and achieve good outcomes.

Rekia Salter and Kim Reuscher are dairy-science master’s students at UW-Madison. They are currently running studies regarding paired calves in outdoor hutches. The team hopes to uncover solutions for some common management challenges. Visit www.DairyAnimalWelfare.org/Survey to take a survey to help research efforts.

Jennifer Van Os is an assistant professor and University of Wisconsin-Extension specialist in animal welfare in the department of dairy science at UW-Madison. Email jvanos@wisc.edu to reach her.

Problems with the political race

The Nebraska primary is this week and I hope that everyone gets out and vote. I did something I never thought I’d do, and I changed my voter r…

In support of Farm Rescue, Busch Light and John Deere are partnering to serve up “For the Farmers” beer cans across the country. A portion of …

Wisconsin dairy breakfasts are being planned to celebrate June Dairy Month. Agri-View will publish a calendar weekly in print, as well as onli…

DYERSVILLE, Iowa — Some form of farm toy has been around since the dawn of civilization, but over the past 100-plus years, manufacturers have …

“Finally, I had been exposed to a production model that made sense and that the next generation could participate in with minimal investment in infrastructure and regenerate soils simultaneously."

CHERNIHIV, Ukraine – A Ukraine dairy farmer says “Russian orks” who killed 110 of his cows and calves on his farm near Chernihiv are “inhuman.…

Smart and independent: Leghorn chickens do their own thing

“I turn them loose and they do their own thing.”

When traveling on U.S. Highway 71 between Sioux Rapids and Spencer, Iowa, it's hard to miss Will Jones’s farm.

With or without me, everything will get done

We worked the spring cows and calves and got them to grass this past weekend. I look forward to working cattle each spring. Yes, it does stres…

Survivor shares vivid memories of ‘92 twister that took her home 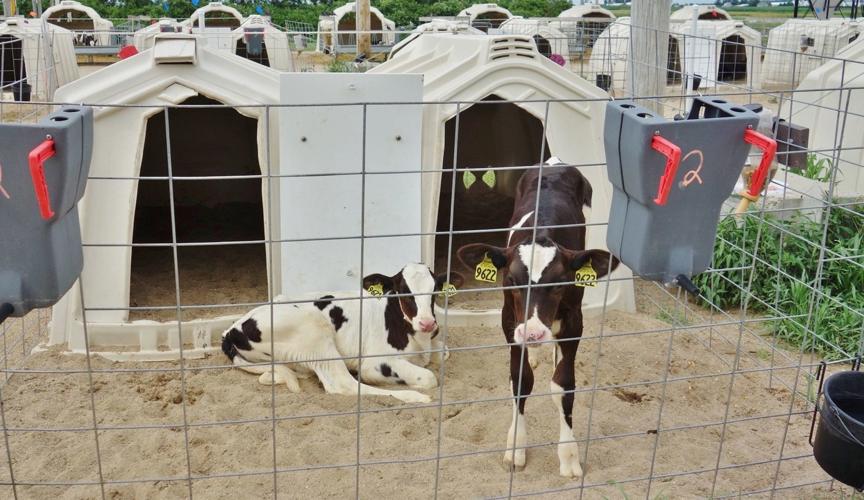 One way of socially housing calves is with adjacent hutches sharing a fenced area, as with a pair in an ongoing research study at University of Wisconsin-Blaine Dairy. 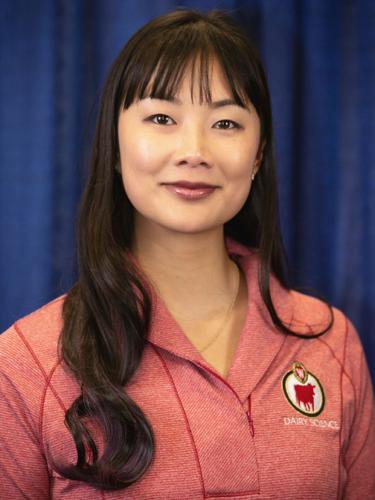