As farmers head to the fields to plant their crops this spring, they face the same troubling weather conditions that were present in 2021. If only Mother Nature will turn stress into success again this year.

“It’s overly dry in the western Corn Belt,” Lawrence said. “The guys I’ve talked to in eastern Nebraska, it’s even drier there coming out of last winter, so they’ve got some real concerns. The eastern Corn Belt is in good shape, though like last year, it’s overly wet.”

He defines the dividing line between the western and eastern belt around Des Moines.

Unfortunately, forecasts don’t hold much hope that conditions will improve for soils before planting. A March 17 report by the Climate Prediction Center indicated above-normal chances of increased precipitation in eastern regions of the Midwest, many of which have been inundated with spring rainfall.

The same report offered only an even chance of higher or lower than normal precipitation in regions that have been unusually dry.

“We see a bull’s-eye over an area that’s already wet to stay wet,” said Melissa Widhalm, a meteorologist with the Midwest Regional Climate Center. “We’re going to have to wait and see if the soils can dry out a little.”

Equally concerning is the dryness of soils in western Iowa, especially southwestern counties.

“Soil moisture and rainfall are both on the dry side and have been staying that way all winter,” Widhalm said. “Now as we’re getting into the growing season, there is a concern because we’ll be starting off our growing season dry, and that’s not how you want to start it in the Midwest.”

A La Niña is in effect, which has implications for growing conditions in the Midwest.

Widhalm agrees conditions in late winter are similar to those present in 2021. But they vary in intensity.

“There’s a big difference compared to last year just how wet we are,” she said. “If you compare this year to last year, particularly for Illinois, Indiana and Ohio, we are much wetter. That doesn’t necessarily mean it will be bad things, but it’s one thing that’s different.”

The same can be said for the flip side.

“The guys I’ve talked to in eastern Nebraska say it’s even drier there coming out of last winter, so they’ve got some real concerns,” Lawrence said. “Right now, the eastern Corn Belt is in good shape. It’s the same as last year — overly wet. ... It’s certainly not ideal.”

The Climate Center does predict a better-than-average chance that temperatures will be above normal for most of the Midwest. That could help dry out saturated soils in the eastern part of the region, though that area is in a greater chance of receiving more precipitation.

“There’s not much frozen soil anymore,” Widhalm said. “Stream flows are running high, and there’s an above-normal risk of flooding across the Ohio Valley area.”

Farmers can only hope that the ideal conditions that set in in 2021 will be repeated this year.

“It dried off when it needed to and it rained timely, especially in the western Corn Belt,” Lawrence said. “We almost have to repeat last year just to keep up with demand, so that will be interesting.”

Double-crop options widening in the Midwest

Double-cropping wheat with soybeans is certainly nothing new. But it’s getting a fresh look.

GOREVILLE, Ill. — Brian Elias and Kyle McAdams weren’t looking for a handout, but they did get a helping hand. And they’re thankful for it.

For years most farmers in the Corn Belt got their corn planted in the spring before beginning soybean acres. That has changed as producers hav…

Soybeans that were planted around mid-May have grown more slowly than expected this year, although that is beginning to be corrected in areas where at least an inch of rain fell in June.

Rising temperatures and sporadic rainfall expected to come with climate change will likely be detrimental to corn yields. But some research in…

URBANA, Ill. — When tar spot — a fungal disease of corn capable of causing significant yield loss — popped out of nowhere in 2015, Midwestern … 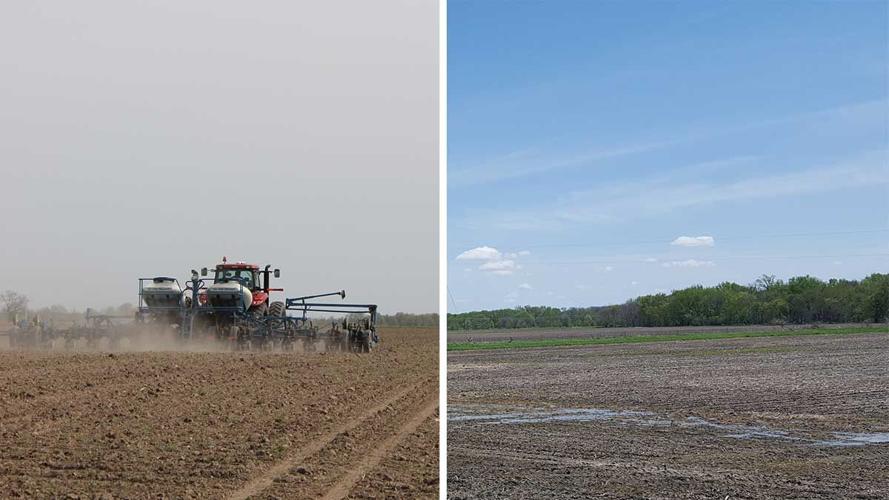 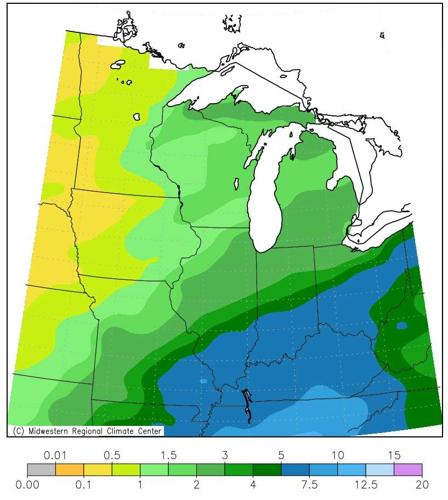