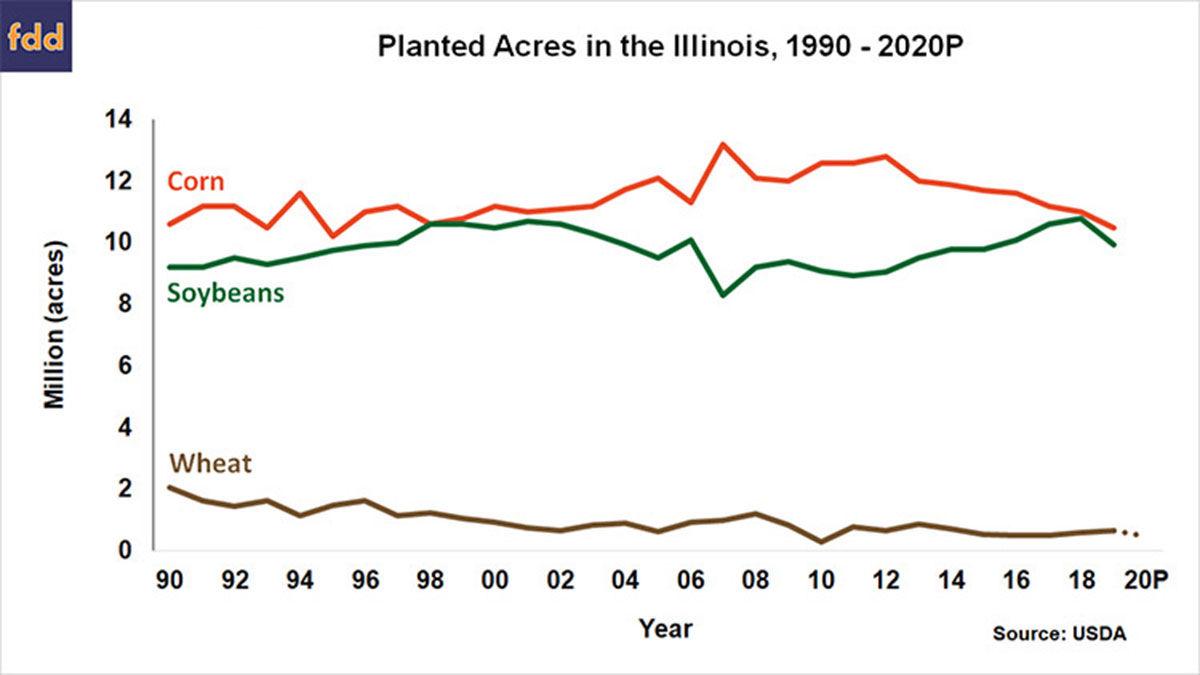 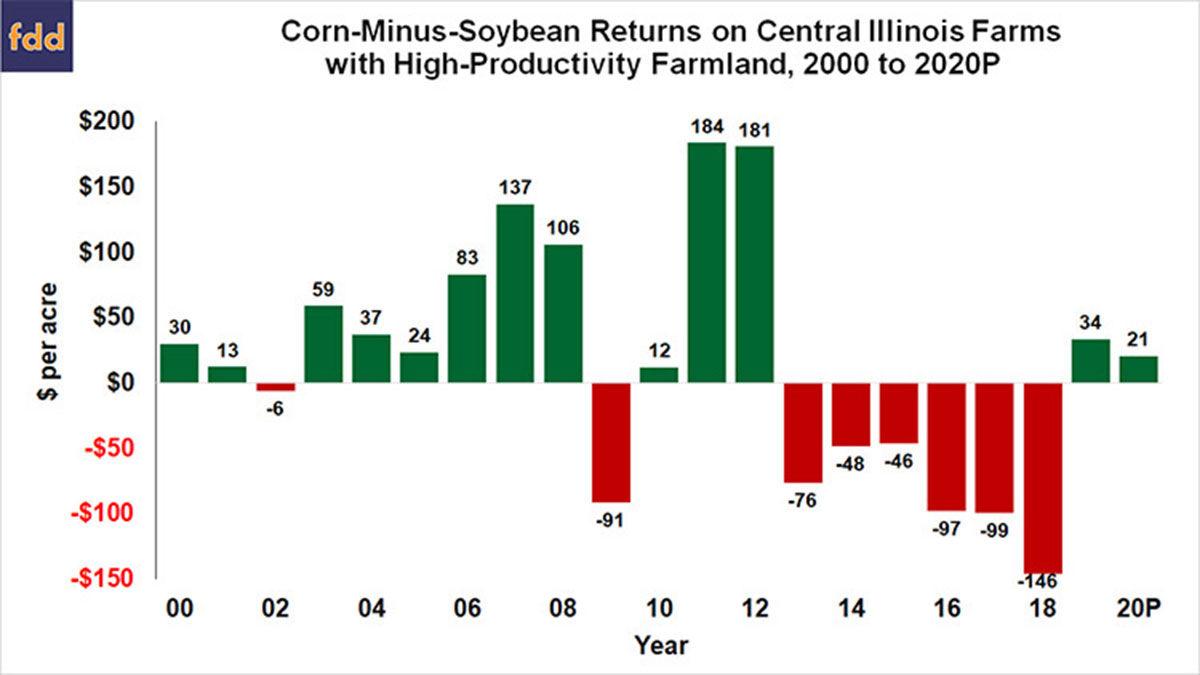 Editor’s note: The following was written by Gary Schnitkey, University of Illinois Department of Agricultural and Consumer Economics, for the university’s farmdoc daily website March 10.

At its recent Agricultural Outlook Forum, the USDA released estimates of 2020 planted acres in the United States, with both corn and soybean acres increasing from 2019 levels.

When compared to 2018 plantings, the USDA is projecting a 2020 shift to more corn acres and fewer soybean acres across the United States. Projecting this shift across the U.S. seems reasonable. However, most of those shifts likely will occur outside of the Corn Belt. For example, estimated 2020 profitability in Illinois suggests relatively even acres of corn and soybeans in Illinois.

For corn and soybeans, the USDA is projecting higher acreages in 2020, partly because 2019 acres were reduced because of prevented plantings.

Given the prevalence of prevent planting acres in 2019, comparing acreage shifts from 2018 to 2020 provides a better illustration of the recent trade difficulties’ effects on expected acreage. These trade difficulties lowered soybean prices while corn prices remained roughly the same.

National Market Year Average prices for soybeans reported by the National Agricultural Statistical Service were $9.47 per bushel in 2016 and $9.33 per bushel in 2017, the two years immediately preceding trade difficulties.

These price changes caused corn returns to increase relative to soybeans, leading to incentives to plant more corn acres. Between 2018 and 2020, corn acres are projected to grow by 5 million from 89 million in 2018 to 94 million in 2020. Soybean acres are projected to decrease 4 million from 89 million acres in 2018 to 85 million acres in 2020.

Except for 2019, total acres in corn and soybeans in Illinois have remained about the same since 1990 at about 21.7 million acres. Prevented plant acres reduced this total in 2019 by 1.2 million acres.

From 2007 to 2012, corn acres exceeded soybean acres by at least 2 million acres, with the largest difference of 4.9 million acres occurring in 2007.

The build of ethanol capacity ended in the mid-2010s, while Chinese demand for soybeans continued to grow until 2018. Corn profitability fell relative to soybeans, and farmers switched acres from corn to soybeans.

In 2019, corn was more profitable than soybeans by $34 per acre. Responses to 2019 profitability differences are somewhat clouded because of late and prevented planting. Both corn and soybean acres were down in 2019.

In 2019, corn acres may have declined more had there not been expectations of higher corn prices in June.

In 2020, corn is projected to be $21 per acre higher than soybeans. This difference between corn and soybean profitability is not large, suggesting that large acreage shifts will not occur.

The $20 per acre projected difference in 2020 is roughly the same as realized differences from 2000 to 2002. During those years, corn acres exceeded soybean acres by only a small margin.