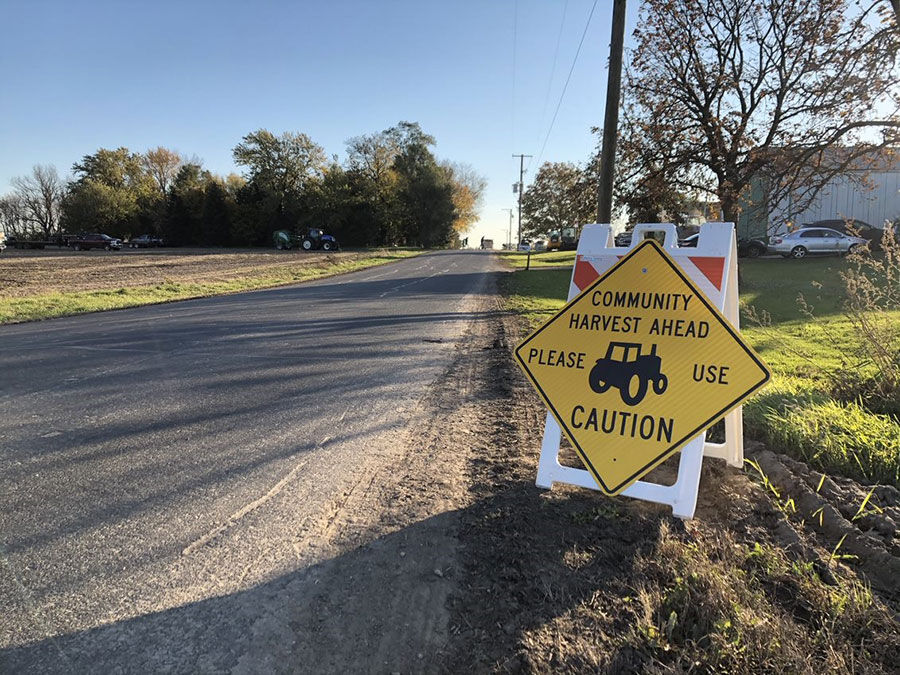 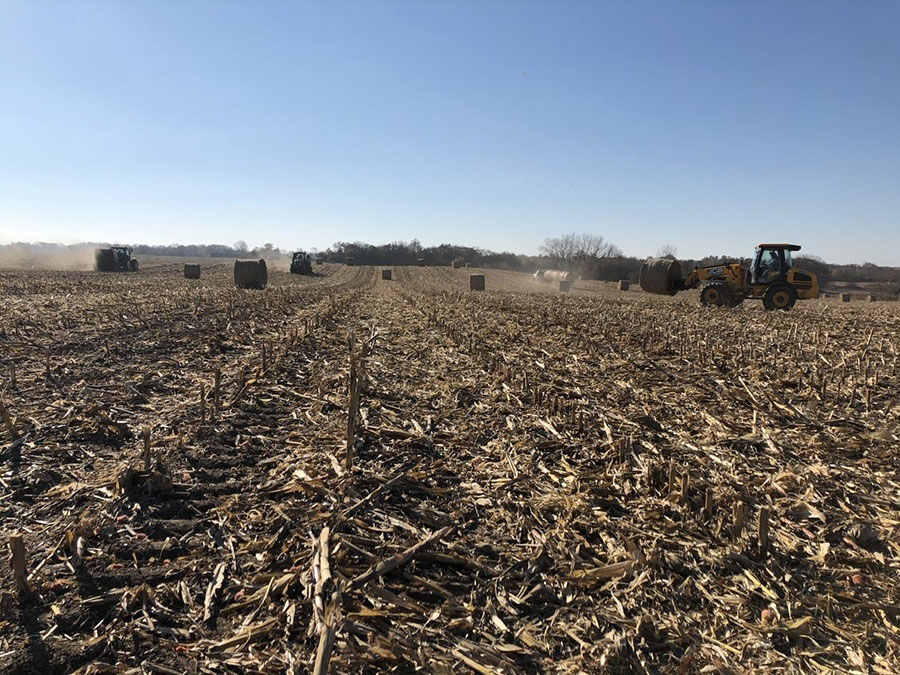 About 50 volunteers helped harvest corn and bale corn stalks and bean stubble for the family of David Ainger on a bright, cold Saturday, Nov. 6. 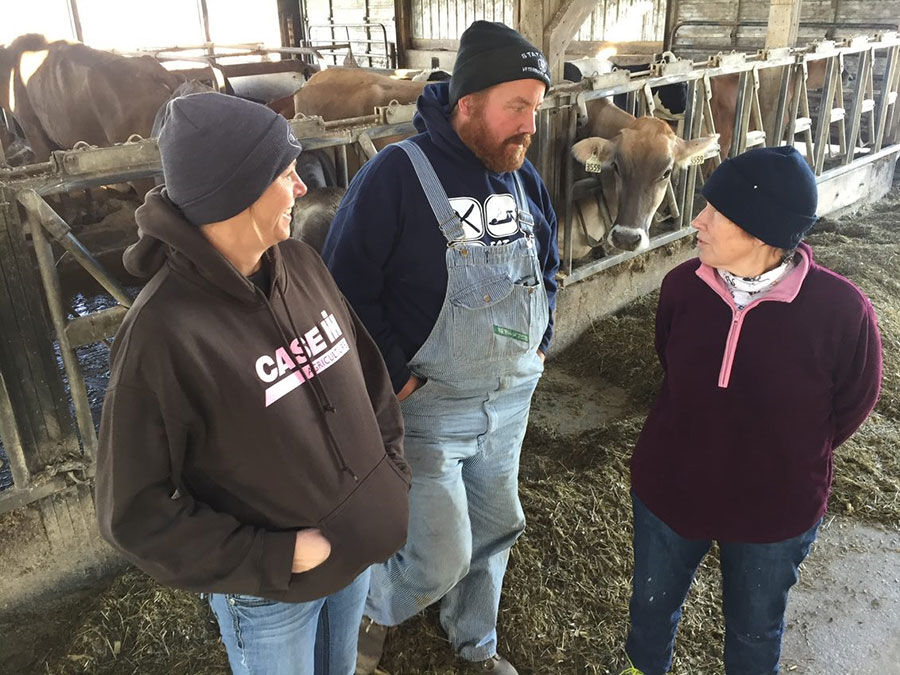 After visiting his father in the hospital Nov. 5, Alan Ainger felt hopeful. His father, David, seemed stronger, and there was a chance he could beat the health issues he was fighting complicated by COVID-19.

Alan had good news to bring to the more than 50 harvest volunteers when they arrived at the family farm the next day.

“Some people came that we didn’t even know were going to show up,” said Alan’s lifelong friend, Chris McKee of Harvard, Illinois, one of the organizers.

Together they harvested the last 250 acres of corn, and made more than 1,000 bales of corn stalks and bean stubble for bedding for the family’s dairy herd, McKee said.

“I would have been a long, long time doing this, and it is November,” Alan said.

“It was really cool,” McKee said, speaking from his own combine three days after the harvest.

He, like many others, had left his own harvest work on the weekend to help his friend’s family.

Mckee and Alan bonded back in their 4-H days, and David was the 4-H leader of McKee’s wife, Hannah, so the McKees were happy to take the lead in helping friends. They joined another buddy, Brandon Walter, in planning the event.

“With all the help in the fields, the family could make sure the dairy was in good shape and could focus on his dad,” McKee said of Alan, David’s wife Carol and the rest of the family.

“It is so humbling. I’m still at a loss for words to express my appreciation to all,” said Alan, who has taken part in community events before, including when neighbors lost their barn to a fire.

Sadly, the popular farmer and head of the Ainger farm won’t be coming home to see all that his friends and family have accomplished.

“Dave had a good day on Friday and Saturday. Sunday he was told his harvest was done,” but Monday, Nov. 8, he died at age 64, McKee said.

David had been in an induced coma at the hospital, but Alan was sure he knew about the kindness of neighbors.

“I visited at the hospital as much as I could and told him about it all,” Alan said.

David had been active in the community, including at the McHenry County Fair, with the local Holstein Club, and he loved going to the local fairs to watch his grandkids show their animals.

“It’s a great community. There was an outpouring of support,” said Dan Volkers, manager of the McHenry County Farm Bureau.

On harvest day, Volkers worked with the women’s division of his county’s Farm Bureau along with Compeer Financial and other community volunteers serving coffee and donuts for breakfast, assembling lunch sacks to be delivered to the fields, and keeping donated pans of food ready for volunteers all day in the makeshift command center of the farmhouse garage.

Audrey Davis, one of those volunteers, understands what this means to the family. Davis who lives “just across the field” from the Ainger farm in Harvard, recalls when she was the recipient of help.

In 1988 when her husband John Hardt died, farmers harvested 1,500 acres of corn and soybeans for them.

“Farmers are the best group of people when people need help. They are the best to help others,” she said. “Farming is a tough life, but it is rewarding.”

BUTLER, Ill. — When Jon Klingenberg died suddenly in October, part of the legacy he left behind was 42 grass-fed cattle and a reputation for s…

About 50 volunteers helped harvest corn and bale corn stalks and bean stubble for the family of David Ainger on a bright, cold Saturday, Nov. 6.