HEYWORTH, Ill. — No matter where she is in the world, June Lavelle connects with agriculture, economic development and people ready for change.

The central Illinois native, who has lived in Poland since 1993, is currently developing Resiliency Gardens, a project to help feed Ukrainian refugees in Poland. She also remains active in making decisions on the family farm near Heyworth.

On her recent trip home to the U.S. in July, she walked the 60 acres of pollinator habitat she and her sister, Linda Thomas, decided to grow.

She and Thomas, who lives on the home farm near Heyworth, also visited the USDA Farm Service Agency in Bloomington to see what else they could do on their McLean County farm to improve the soil and contribute to sustainability.

“We’re partners in crime,” Lavelle said of her sister.

Their 1,500-acre farm also features sunflowers and vegetables grown by a renter. No-till, cover crops and other conservation practices are used on the row-crop acreage, which has been in the family for more than 110 years.

The sisters respect the way their father farmed. He was president of the McLean County Farm Bureau at one time, and an early adopter of no-till in the 1970s.

Lavelle usually spends six to eight weeks in the U.S. annually, visiting her three children and her new grandchildren on the West Coast and Thomas in Illinois, where she and her siblings grew up.

Living in Poland, Lavelle has seen firsthand the struggles of Ukrainian refugees forced to flee their homeland because of the Russian invasion, as well as the impact on people in Poland trying to help.

“I was returning from work in Palestine on Feb. 24, the day that Russia invaded Ukraine. Our flight was delayed because there was a scramble everywhere to avoid Ukrainian air space for fear of being shot down by the Russians,” Lavelle said.

“Within days, the refugees started flooding into Poland, and through the Anglican Church in Poland where I'm the warden, we started working to do what we could to help.”

About 3.8 million refugees have come to Poland, although some have gone on to other countries and some are now returning to parts of Ukraine where the Russians aren't attacking. Still, there's a huge humanitarian crisis in Poland, which is straining resources, especially due to the spiraling costs of food, housing and fuel, she said.

“Most everyone didn't expect this war to drag on as long as it has, so I believe we have to prepare ourselves for the long-haul,” she said. “Which is why I decided to start-up the Resiliency Gardens project to encourage citizens to start growing vegetables wherever possible — on windowsills and balconies, in containers and raised beds — and to share their excess produce with people in need.”

Thomas, knowing her sister’s passion for agriculture, gardening and for refugees, said Lavelle’s Resiliency Gardens project is “a slam dunk. I love it.”

In recent months, the sisters have been actively handing out “seeds of solidarity” to people in Illinois, nationally and internationally, encouraging them to grow blue and yellow flowers representing the color of the Ukrainian flag. They have distributed hundreds of seed packets, donated by Seed Programs International, to bring awareness and raise funds to plant gardens for food for refugees.

“I started raising funds through Seed Programs International, mostly from my immediate family members and friends — enough to fund around 10-15 school gardens with grants of up to 2,000 each, but then SPI got the project approved by Global Giving and so now we have an additional $50,000 for the school gardens program,” said Lavelle, who is on the board of Seed Programs International, which distributes quality seed to help fight poverty and hunger in impoverished communities in some of the least developed countries in the world.

She is working with two other U.S. charities, KidsGardening.org and Trips Beyond the Classroom. KidsGardening.org develops learning tools for educators and caregivers which Lavelle is having translated into Polish and Ukrainian.

“This way, I hope that the school gardens will be a fun learning experience for children, rather than a chore,” she said.

Lavelle’s career may seem unlikely for someone who got a music degree and started a career as an opera singer in Chicago. Soon, her sister interested her in work in community organizations and through a series of happy accidents and hundreds of hours of hard work, she created one of the first business incubators in the world in Chicago in 1980, becoming a pioneer in the industry of international development.

She has since consulted on the start-up and development of 52 more incubators in 18 countries and has worked on other economic development initiatives in 16 additional countries.

Her interest in agriculture started as a farm kid active in 4-H, both "girls" 4-H — cooking/baking, sewing, flower arranging — and "boys" 4-H — raising and showing Shorthorns. So her work often involves agri-business development.

In one such project, she helped a group of agronomists in Afghanistan establish a commercial seed business. In another, she worked in Liberia with three youth organizations to establish agri-business service centers, supplying inputs and providing training and technical assistance to help subsistence farmers.

Today, Lavelle continues to focus efforts “on addressing the dual problems of climate change and food insecurity through regenerative agriculture,” along with all her other projects.

“It’s extraordinarily rewarding,” she said of the work she does.

Visit bit.ly/3PGkV93 to learn more about Resiliency Gardens and donate. 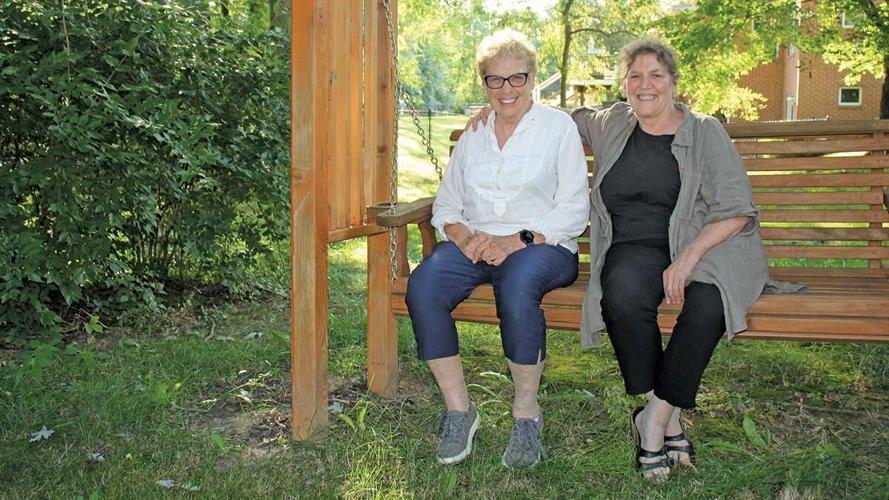 Sisters Linda Thomas and June Lavelle live thousands of miles apart, but they are united in causes they care about. 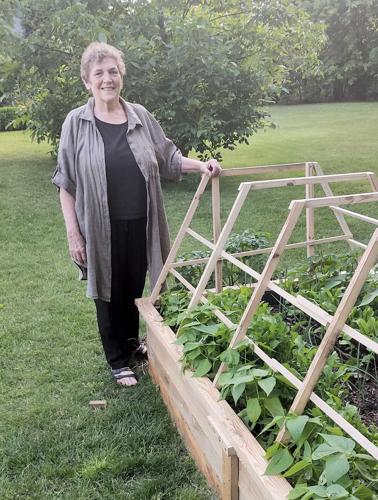 Lavelle works at her home in Poland. She and her husband, Wojciech Orzechowski, established the raised beds this spring as part of her Resiliency Gardens project — an effort is to help refugees from Ukraine by providing more food and knowledge of how to grow it.