MARSHALLTOWN, Iowa — Garrett Goodman has had to wrestle with nature and fate to get his dream to come true. But the end result is a place that serves fare good enough to win this year’s title of Best Burger from the Iowa Beef Industry Council.

The Flying Elbow is a wrestling-themed restaurant that features hot dogs, sandwiches and burgers, among other things. The theme arose from Goodman’s love of professional wrestling as a kid in the 1990s.

That love of performers like The Rock and “Stone Cold” Steve Austin might have been good practice for the knock-down, drag-out path to success Goodman faced in getting to where he is now with the restaurant. It started out as a food truck in 2017. Immediate success led to Goodman buying a bar and making it into a small restaurant later in 2018. That’s when things got interesting.

Two months after opening the restaurant, a tornado ripped through Marshalltown and tore the roof off his establishment. Like many other business owners in the area, Goodman began a long path of rebuilding that included negotiations with insurance companies, discussions with the Small Business Association, and temporary jobs to get by while he re-built.

It didn’t help when a derecho blew through the area in 2019. And Goodman was prepared to build a beautiful new building before COVID hit in 2020 and caused him to change plans again.

In September 2021 he finally opened at a new location, 229 North 13th Street, serving hot dogs and other food. In early 2022 he decided to add burgers.

At each stage of this process the customer response has been tremendous, Goodman says. Each time he opened he had immediate business and customers told him they loved the food.

“There were just a lot of signs this was worth fighting for,” he says.

Goodman is a Marshalltown native. After graduating from East Marshall High School, he attended Marshalltown Community College and became an IT professional. After more than a decade working in IT he decided that while he was making a good living, his lifelong goal was really to open a restaurant.

“Everybody thought I was crazy,” he says now. “But it is what I always wanted to do.”

And while both the restaurant and its customers in Marshalltown have been through some rough times the past few years, Goodman says he thinks it has actually helped to bring the city together.

“I think the personality of Marshalltown has changed,” he says. “I see a larger sense of community pride.”

For Goodman, that pride extends to the food he makes. He describes his approach as using the best ingredients and presenting them to the customer.

“I want the beef to kind of do the talking,” he says.

His burgers are smash burgers that start as balls that he puts on the grill and then smashes. The meat he uses is a mix of chuck, brisket and short rib and he adds some Wagyu beef, raised by a local producer.

“I was just blown away the first time I tried the Wagyu,” he says. “It’s just an explosion of beef flavor.” 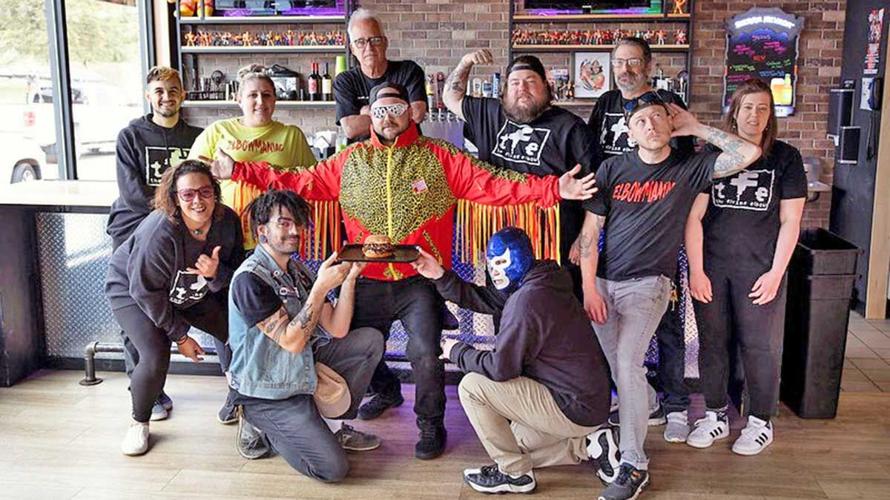 Garrett Goodman and the staff at the Flying Elbow celebrate their win in the Iowa Beef Industry Council Best Burger competition. 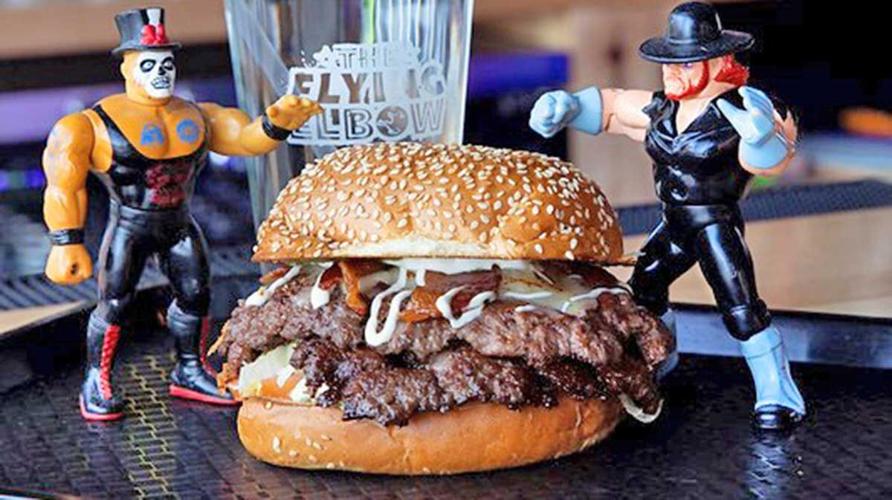