CHELSEA, Iowa — In preparation for the summer show season, Hadley Kiebach checked on her family’s livestock.

The 6-year-old went through the hog barns and then checked on her favorite animals — sheep, including her lamb, Daisy. She is preparing to show Daisy at the county fair, but she has one trip she’s particularly looking forward to coming up: the National Miss United States Agriculture pageant.

Hadley is the 2022 Iowa Future Little Miss United States Agriculture, winning both the Poweshiek County, Iowa, pageant and overall Midwest pageant to move on to the national competition in June. At the pageants, her platform is to speak on the importance of her livestock.

“Why do we need sheep and pigs? Because pigs give us bacon and sheep give us wool and meat,” she said.

Ag pageants are a celebration of a way of life, said Alison Kruse, the 2022 Iowa and Midwest Mrs. United States Agriculture. Being involved with agriculture pageants, she said, is a way to bring the ag world to others. One of her missions as queen is to increase consumer awareness.

“I can advocate and spread our message across all ages in the United States,” she said. “I try to be transparent about it and not try to paint a different picture. People should know where their food comes from and what our struggles are.”

Kruse is a first-generation farmer who started farming at 16 years 0old in Cascade, Iowa. As a member of her FFA organization, she started growing 2 acres of sweet corn, selling it in the area. After college, she helped at her in-laws’ dairy farm, while she and her husband also work off the farm.

She hopes people seeing her as a first-generation farmer can change some mindsets.

“Some people have a misconception that women can’t be farmers,” she said. “It’s exciting to see these girls and what they are passionate about in their region. Maybe I can bring some of that to Iowa or the Midwest.”

Ag pageants consist of an on-stage introduction and interviews — an opportunity to sell yourself, Kruse said. There is also an evening gown portion, as well as the state-fun fashion portion which is a way of displaying something specific about yourself or your region. Both Hadley and Kruse said that is their favorite part of the event.

Hadley dressed up as Bo-Peep for her competition, showing off the importance of sheep farming, while Kruse displayed her background on the dairy, dressing as an ice cream cone.

“You don’t have a swimsuit or you don’t need a talent,” she said. “It’s more about the topics affecting the industry right now. Can you educate? Can you advocate and make the ag industry better? If the answer is no, you are really not a candidate.”

With all the preparation for competition combined with attending events throughout the year, the time dedicated to the crown can build up, said Kvidahl. She is going to school to be a nurse practitioner, raising a family and owns her own business in addition to her pageant duties.

When she spends time working on her competition and advocacy skills, she said it’s all about learning about what’s important to people and how it’s affecting them.

“I’m going to a Keokuk County event in June, and I don’t know much about what is overly important for their needs,” she said. “When I attended the Swine Expo, I needed to learn more about what topics people are thinking of there. It’s about relating topics and trying to be the best ear for people to talk to about what’s really going on.”

Hadley, with her titles, has been visiting many farms in her area and participating in parades and events such as the upcoming World Pork Expo. Hadley is also working on a service project, collecting pop tabs for the Ronald McDonald House. One of her most memorable experiences was feeding bison at a local farm, as well as visiting a dairy.

With her agriculture background, Kruse said learning the important talking points wasn’t too difficult, compared to mastering the pageant aspects of the competition.

“There’s so much that goes into a pageant I didn’t know was out there,” she said. “I wasn’t used to walking and wearing heels that are very tall, and you have to pose certain ways. You have to practice your questions, your intro and your walk. It’s all a lot of work.”

Kvidahl said the competition expectations ramp up the older participants are as well.

“In my class, we are all over 30, usually married and sometimes college educated,” she said. “The pageants span from birth to death, so you get a lot of variation. The teens are getting ready to go to college and they are talking about their hopes and aspirations, but my age group is talking about the path we are on.”

As the queens move on to the national competition in June, Hadley said she is excited not just for the pageant, but to meet other farm girls and to visit Florida with her family.

“I think they will have chickens or cows or lambs or pigs and horses,” she said. “I’m really excited to see Disney.”

DES MOINES, Iowa — The Iowa Supreme Court on June 30 reversed a long-standing precedent that allowed landowners to sue for damages when a neig…

MINDEN, Iowa — It’s a warm day in southwest Iowa as Andy Morse mows around several acres of grape vines hugging the slopes of his family’s vineyard.

Cyberattacks on the rise in ag industry

The reliance on technology to keep businesses and people going has continued to increase. That dependence has opened up possible threats to ag…

Iowa representative outlines work ahead for farm bill in 2023

The public has this idea that concerts are something held in shiny concert halls or arenas in large cities. But Codfish Hollow breaks all thos…

DES MOINES, Iowa (AP) — A Des Moines utility has for years engaged in a bitter struggle to clean up drinking water that comes from rivers bord…

In December, a group of Ukrainian farmers gathered for a graduation ceremony. 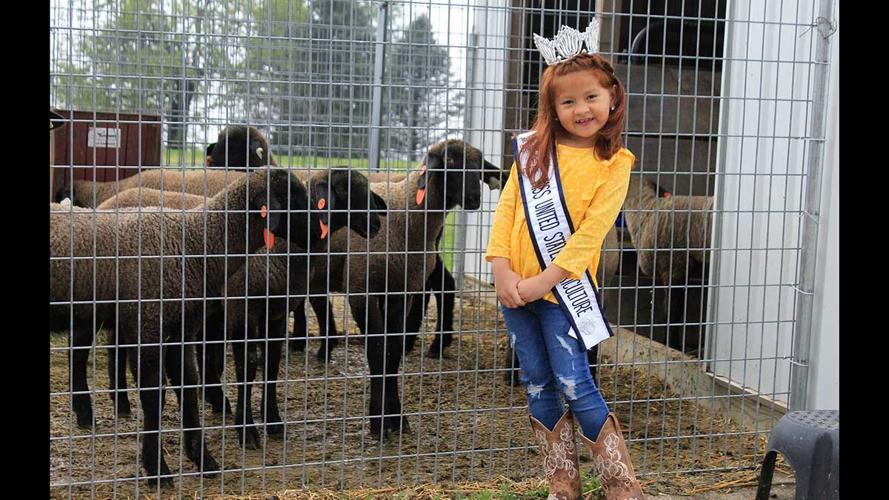 Hadley Kiebach stands with some of her family’s sheep. She is the 2022 Iowa Future Little Miss United States Agriculture and will compete in the national pageant in June. 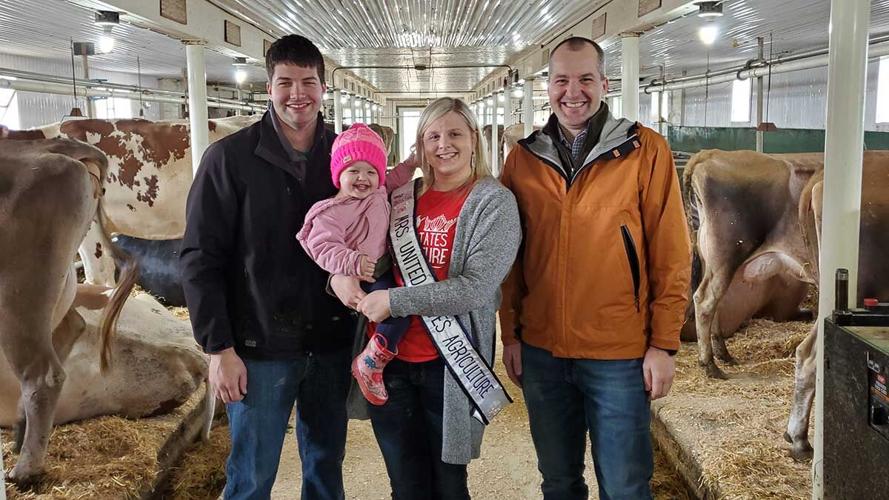 Alison Kruse, the 2022 Iowa and Midwest Mrs. United States Agriculture, stands with her family and Iowa agriculture secretary Mike Naig (right) at her family’s farm. The Cascade, Iowa, native has been active in consumer education.