It’s February, which often seems like the longest month of the year. With the amount of snow and ice currently piled up in eastern Iowa, we are all wondering if spring will make an appearance.

Despite the desire to move into spring planning, there are several weeks of winter weather left to enjoy or endure, depending on your perspective. Now is not the time to let your guard down for winter hazards, especially major events, like a building fire, that can cause extreme damage.

There have already been several farm building fires this winter in Iowa. Barns were lost in O’Brien and Dubuque counties in November. Both of those required coordinating several fire departments to respond, used several thousand gallons of water, and resulted in major financial losses.

In December, a barn fire in Muscatine County had emergency responders out in 12-degree weather. In January, a Linn County fire that killed livestock required five fire departments to control.

Late winter and early spring are the times during the year when barn fires are especially common. Most farm structure fires occur late at night or early in the morning, often going undetected until flames are showing.

Researchers at University of Arkansas Extension report that animal barns make up 88% of agricultural storage facility fires each year. Farm outbuildings with flammable materials such as fuel and hay can become engulfed in flames quickly, and half of all farm-structure farms involve the entire building.

Given the speed of a barn fire and the potential for loss of life, livestock and livelihood, it is worth taking some time to develop a fire prevention plan.

Building fire prevention requires that you think through a number of factors, including how you use each building, electrical safety, machine maintenance and chemical and fuel storage.

Perform common winter tasks, such as welding and cutting, far from combustible materials and make sure your space is well ventilated to reduce buildup of toxic or flammable fumes. Good housekeeping practices are important, so keep work areas free from twigs, debris, dust and cobwebs that can be flammable.

Don’t use extension cords as a permanent solution, and disconnect all stall fans, space heaters, radios and lights when not in use. Before using any kind of portable fan or heater in farm buildings, be certain it is designed for agricultural or industrial use. Fire risk is extremely high when residential products are used in farm buildings. Heating equipment is a leading cause of building fires, so be extra vigilant about where you locate space heaters and be sure they are turned off and unplugged when the building is empty.

Electrical panels should always be readily accessible, so avoid blocking them with stored materials or equipment.

Enclose exposed wiring in conduit to protect against exposure to weather, animals or mechanical damage. Any electrical repairs should be performed or inspected by a licensed electrician.

There are numerous ignition sources present in any farm building. Enforce a strict “no smoking” policy in and around all outbuildings.

Regular equipment maintenance can help prevent malfunction or overheating. Make sure to allow all equipment to cool down before refueling.

Pile composting manure outside of a barn structure, as it can spontaneously combust. Hay also is at risk of combustion, so make sure it is stored in a well ventilated area.

In the event that a fire occurs, be prepared by identifying exits and evacuation routes for livestock and ensuring access for emergency response. Install and maintain fire protection systems that include portable fire extinguishers. You should have at least one 10 lb. ABC fire extinguisher in all outbuildings. Make sure your family and employees are trained to use them correctly.

You want the fire department to be able to respond quickly if you have an emergency. Invite them to inspect your facility, making note of obstacles as well as water sources, so that they can reach your buildings quickly if needed. Post signs with coordinates or 911 address information so that employees and family members can easily direct emergency services, even in a high-stress situation.

In industry, risk matrixes are used to help categorize the likelihood and level of consequence of a given event. A farm structure fire is an event that would be categorized as somewhat low-likelihood, but extremely catastrophic.

A fire that takes human or animal life can be both financially and emotionally devastating.

There are numerous prevention strategies to reduce the likelihood of a building fire even further. Many of them, like general housekeeping and electrical repair, have additional benefits of reducing the risk of trips and falls or improving economic efficiency.

During the longest shortest month of the year, take some time to develop a prevention plan that will keep your livestock and buildings safe from a potentially devastating event.

The Wallace family is well known to many in agriculture based on their leadership in publishing and government in the early 1900s.

Henry C. Wallace and his son Henry A. Wallace both served as United States secretaries of agriculture, with the latter going on to serve as U.S. vice president and secretary of commerce.

A bill introduced in the legislature and backed by Gov. Kim Reynolds could set a biofuel standard for the state of Iowa.

With some local sales avenues limited, a pair of turkey farmers started their own business in the middle of a pandemic.

If you want to get an idea of how much farming has changed, just sit in a tractor cab from a generation or two ago and then sit in a new cab. … 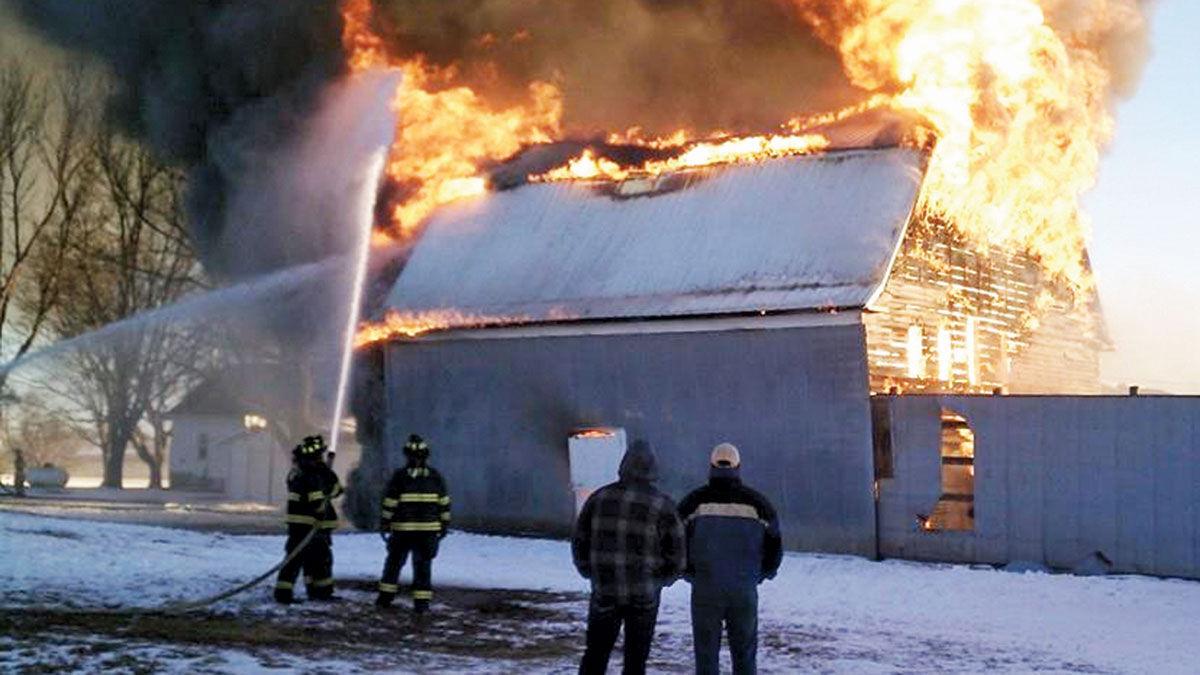 Farm outbuildings with flammable materials such as fuel and hay can become engulfed in flames quickly, and half of all farm-structure farms involve the entire building.