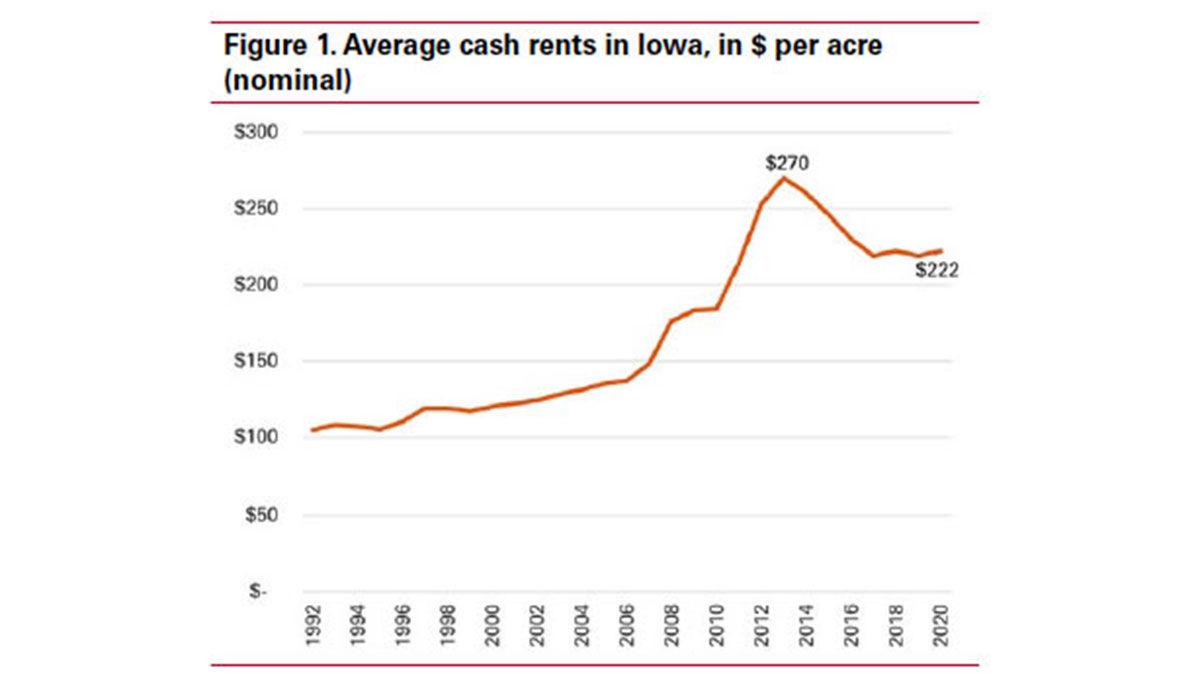 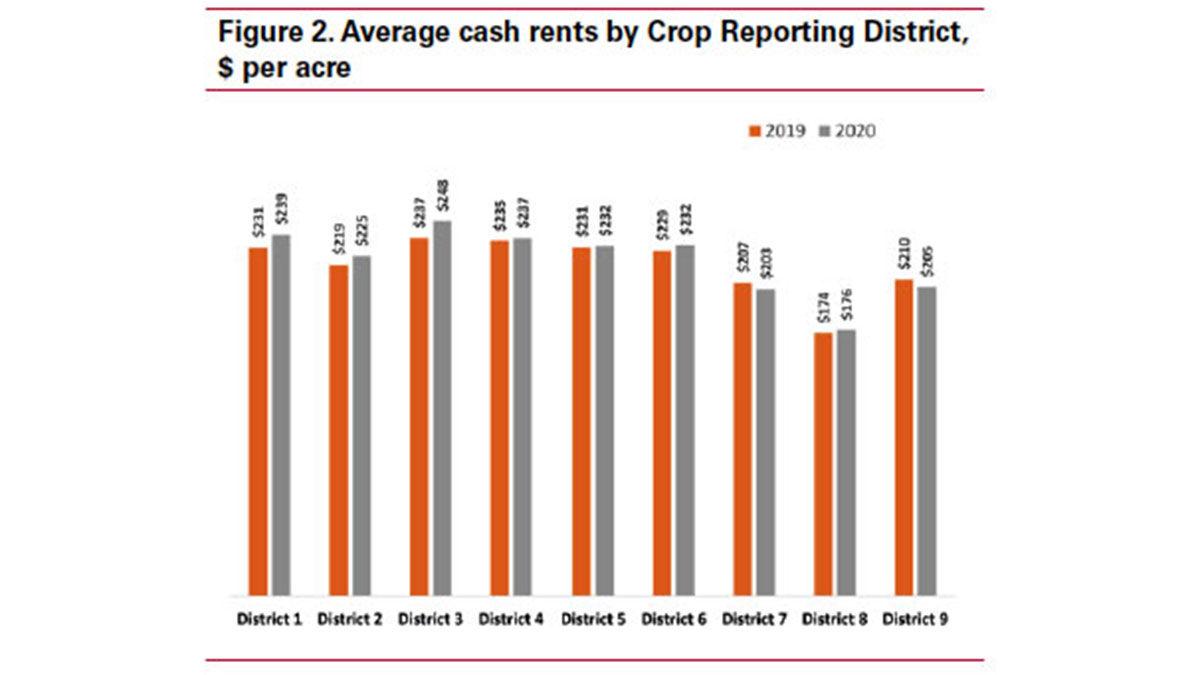 The most recent annual survey of cash rental rates for Iowa farmland shows that rates increased, on average, by 1.4% in 2020 to $222 per acre. This is the fourth year of relatively stable rates at levels around 18% lower than the historical peak reached in 2013 at $270 per acre.

In comparison, corn and soybean prices received by farmers in Iowa declined by 49% and 45%, respectively, since mid-2013.

Iowans supplied 1,592 responses about typical cash rental rates in their counties for land producing corn and soybeans, hay, oat and pasture. Respondents indicated being familiar with a total of 1.6 million cash rented acres across the state.

There was considerable variability across counties in year-to-year changes, as is typical of survey data, but 59 counties experienced increases in average rents for corn and soybeans.

The 1.4% increase is about 1.5 times the increase in Iowa farmland values between March 2019 and March 2020 reported in surveys conducted by the Iowa REALTORS Land Institute.

However, the 17.8% accumulated decline in rental rates since 2013 is in line with the cumulative 14.7% decline in land values over the same period reported in the Iowa Land Value Survey published by the ISU Center for Agriculture and Rural Development.

Different regions experienced different changes in cash rents: from a 4.6% increase in Crop Reporting District 3 to a 2.4% drop in CRD 9. Northern and Central Iowa (CRD 1-6) have, on average, 21% higher cash rents than Southern Iowa (CRD 7-9).

Not all land qualities have seen their average cash rents increase proportionately. High- quality land experienced a 0.4% increase, from $256 per acre in 2019 to $257 in 2020.

Federal government payments from the Market Facilitation Program, and expectations of higher soybean exports to China by the time most cash rents were set (last September) were major factors supporting slightly higher cash rents for 2020 amidst stable to declining crop prices. However, as of May 2020, the implementation of the phase one agreement between the United States and China is still under discussion; the coronavirus pandemic has brought worldwide economic activity to a brink of a protracted recession; and plummeting oil prices slashed the demand for biofuels.

However, these programs are not expected to make corn and soybean farmers whole, and the current outlook suggests that some farmers would likely struggle to honor the 2020 cash rental rates agreed upon back in September 2019. As a result, some renegotiations are to be expected.

Survey information can serve as a reference point for negotiating an appropriate rental rate for next year. However, rents for individual farms should be based on productivity, ease of farming, fertility, drainage, local price patterns, longevity of the lease and possible services performed by the tenant.

Two major factors with the potential to influence future cash rents are crop prices and land values, and they both suggest that absent any major change in the current outlook, cash rents might decline in 2021.

Farmers face financial uncertainty almost each year, with unexpected changes in the markets …