Read Today's E-Edition
Share This
Cost to raise a cow could top $1K, according to Kansas economics professor
Share this
Amy Hadachek

Estimated average cow-calf costs are up due to inflation.

Tonsor spokes at the Central Kansas Beef Summit in Salina Nov. 29. Hosted by Kansas State University Research and Extension, beef producers heard that the drought across the U.S. has magnified the pull down of the herd and that a 4% decline of the beef herd is expected in 2023d due to drought.

“So with supply side dynamics, there are smaller calf crops and less beef, lending to higher prices if demand holds up,” said Tonsor, whose research and extension work covers aspects of the meat supply chain, from production level supply issues to consumer demand.

“Be aware of broader forces, but at the end of the day – focus what you have most local interest on,” Tonsor said.

Looking at 2023 and in 2024, expect a two-year pulldown in cattle and beef supplies, he added.

The good news is, that the revenue side is setting up to increase. Kansas and Nebraska are two of the top 10 cattle producing states, and 28% of beef cows in U.S. are in the Great Plains.

Drought has led to forced liquidation from Kansas westward across the country, but drought conditions aren’t everywhere.

“If you have the ability to increase your herd, you’re going to respond differently than other areas,” Tonsor said.

The number of beef cows across the U.S. is expected to drop from 30 million across to 29 million by the end of January when the U.S. Department of Agriculture (USDA) issues its yearly prediction. However, historically, herd size changes every eight to 12 years.

“With the dynamics of beef cow herds, we don’t need as many momma cows to hit a beef production target,” Tonsor said.

Consumer demand has been good, until lately. Over the last 60-90 days, demand for beef has been slipping. Household finances are an issue, and credit card debt has gone up. Tonsor blamed it on inflation, some people feel they can’t afford beef, he said.

Meanwhile, the beef industry continues to operate and evolve in a period of elevated uncertainty.

Other topics during the Central Kansas Beef Summit included long range weather forecasts, grazing, forage and livestock management in a drought, benefits of crop insurance and opportunities for retiring and incoming farmers through the K-State Office of Farm and Ranch transition.

Building a cattle and sheep herd from scratch, a young Kansas rancher doesn’t take time to compare himself to those who’ve been in the busines…

With the stroke of her brush, artist CJ Brown brings to life images of livestock and murals of the past. Her creations grace the halls of home… 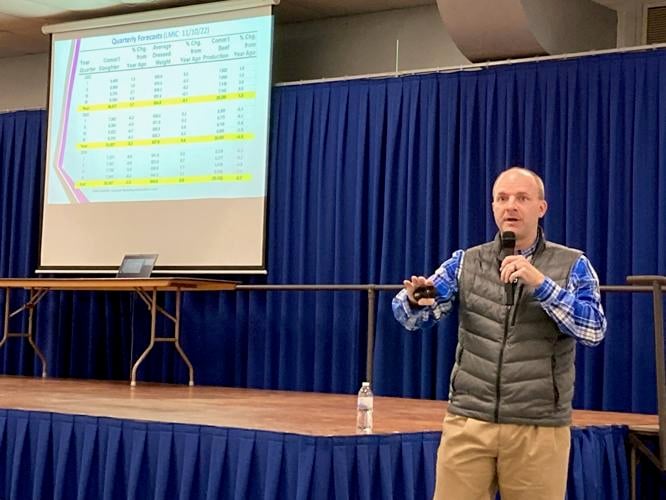 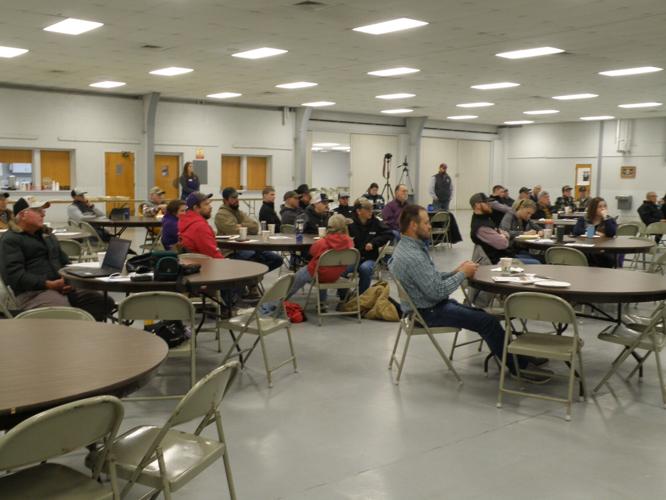 Producers gather to hear cattle market outlook and other ag topics at the Central Kansas Beef Summit in Salina Nov. 29. 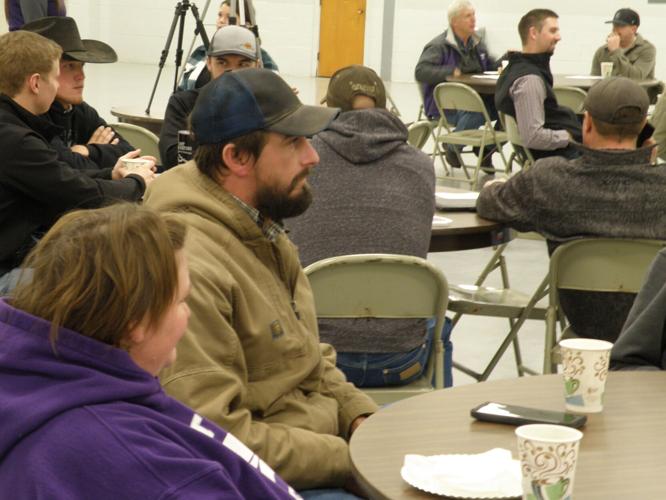