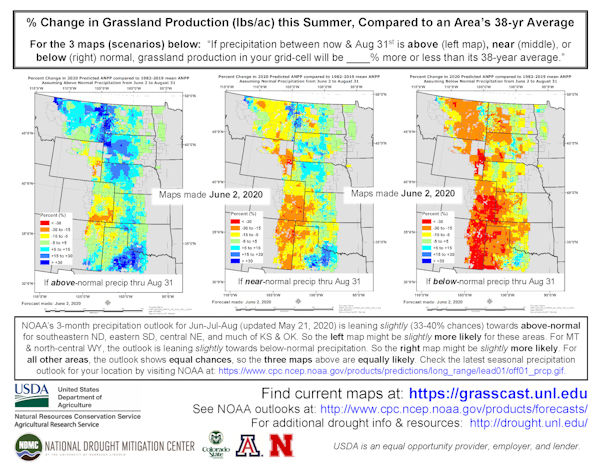 The latest three Grass-Cast scenarios for this summer in the Plains advises producers on what to expect depending whether there's above normal precipitation, or near-normal, or below-normal rainfall. 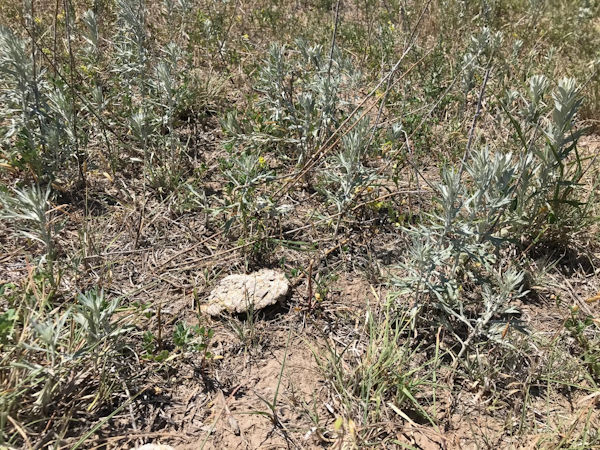 Warm-season grass regrowth among the forbs has greatly slowed in this Stevens County, Kansas pasture. 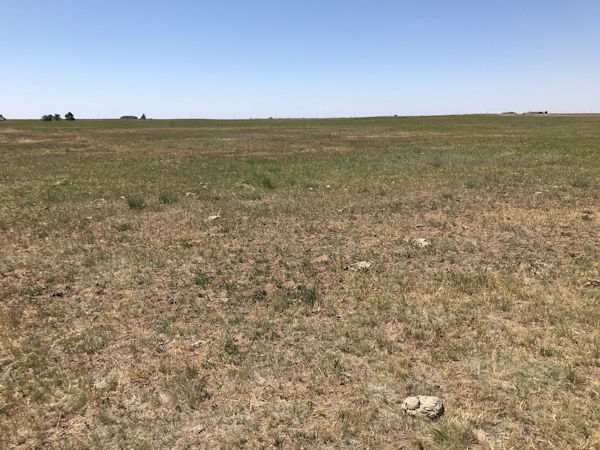 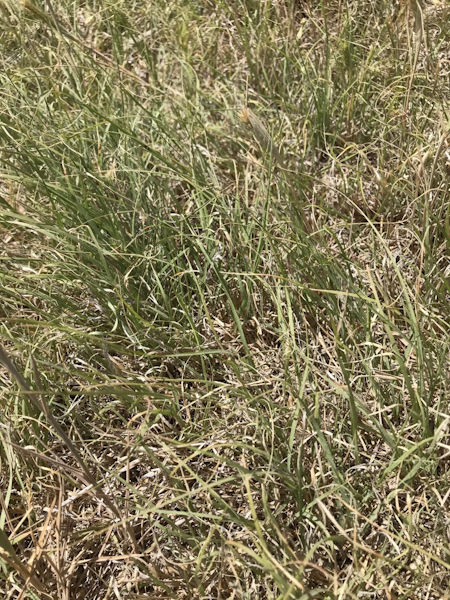 Even where ungrazed, buffalograss is browning among a few short annual grasses in Stevens County, Kansas. 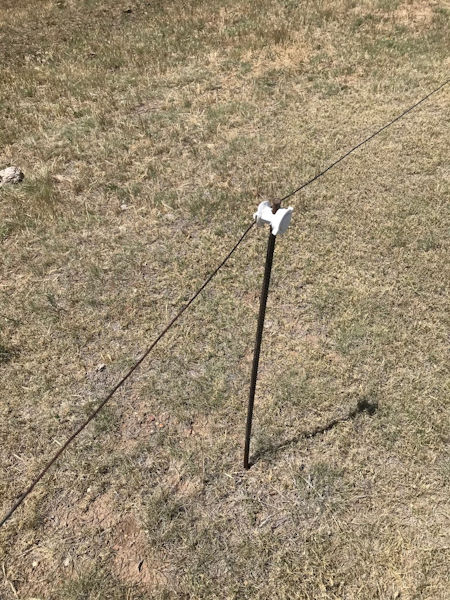 Warm-season grasses, a staple for southwest Kansas cattle, have all but stopped their regrowth in this pasture near Hugoton, Kansas.

For ranchers and farmers — particularly in the rangelands in the Nebraska Panhandle and western Kansas — there’s increasing concern about potentially below-average forage production this summer.

“A caution for drought this summer is, if grass becomes short and cows become thin, this could be a concern for May calving cows (especially young cows nursing the first calf) trying to get re-bred in August,” said Karla Wilke, University of Nebraska-Lincoln cow-calf, stocker management specialist at the Panhandle Research and Extension Center in Scottsbluff, Nebraska. “Producers need to assess body condition before breeding to make sure cows are not losing body condition. If they are, intervention is likely necessary for good breed up rates.”

In Nebraska, a tool for calculating stress in excessive heat and humidity is at https://beef.unl.edu/handling-cattle-through-high-heat-humidity-indexes.

In Kansas, there's the Cattle Comfort Index (for heat, or cold): http://mesonet.k-state.edu/agriculture/animal/.

Dry conditions are being reported in parts of western Kansas, and the Nebraska Panhandle.

The northern Panhandle started the growing season with good soil moisture, but experts say that can only hold for so long.

“The Drought Monitor isn’t showing this dryness, due to soil moisture, but I’m hearing this will change if we don’t get precipitation in the next week or so,” said Jack Arterburn, Nebraska Extension Beef Systems Educator for the northern panhandle.

“It lies just north of deteriorating conditions in eastern Colorado. Snowpack in the central Rockies disappeared fast,” he explained. “Unless significant northwest troughing (storm systems) continue digging into the central Rockies, I anticipate dryness will build this summer.”

“This is concerning, from a drought intensification perspective, as we get into the hottest part of the year,” Husted said.

So far, forage production is considered decent in the southern panhandle.

June in Kansas — typically one of the wettest months — averages 2.7 inches in western Kansas to 5.8 inches in eastern Kansas.

Subsoil moisture was providing some water for perennial grass growth, yet it’s decreasing.

“Places that didn’t get the late May rain would have well below average growth for this time of year, although June precipitation could still grow significant grass for us,” said Keith Harmoney, range scientist with Kansas State University’s Agricultural Research Center in Hays.

In west-central Kansas as of June 1, Tribune, Kansas recorded 4.34 inches of precipitation. K-State Professor Alan Schlegel noted that’s almost half of what’s normal (and needed) for rangeland and crops.

Grass-Cast is a tool to assist ranchers and grassland managers in the Great Plains with forage planning and productivity. Providing three different scenarios, Grass-Cast estimates how rangeland would be affected by normal precipitation, above normal or below normal precipitation. It can’t differentiate between grasses, forbs, or shrubs.