When soil types are marked in color on a map of Missouri, it looks like a basket of Easter eggs. It is more colorful than neighboring Illinois and Iowa, which don’t have the same soils found in the Ozarks or in sandy southern Missouri, where rice and cotton can grow.

In Missouri, you can find very productive soil, sinkholes, grassland, rock beds and a unique hardpan soil which require different management, according to Jorge Lugo-Camacho, Missouri state soil scientist with the USDA-NRCS.

With Interstate 70 as the dividing line, in the north alone there are six different soil regions. About three-quarters of the land in the northwestern area is very productive and deep soil, high in organic matter.

“It is good for growing corn and soybeans,” Lugo-Camacho said.

The limiting factor in this productive soil is the higher clay content, especially the clay pan which can limit yields in some crops, he said.

In central Missouri, following the Missouri River, is landscape dominated by rolling hills. The quality of crop production depends on the severity of the slope and the amount of erosion. Cover crops could slow erosion in this area, Lugo-Camacho said, but Missouri farmers love terracing.

Growing cover crops isn’t easy. It adds a new level of complexity every time a new biology is introduced, said Iowa State University agronomy professor Rick Cruse. However, cover crops are more common in some regions where certain farmers have adapted them to their operations, share their ideas, and often encourage neighbors, he said.

Today, at a time when one-third of soils in the Corn Belt are devoid of topsoil, committed farmers are moving “in the direction we think is right” for soil health, Cruse said. But he thinks it will take more education, policies and incentives to retain soil as the resource it is today.

Moving south in Missouri, about two-thirds of this region is the Ozark Hills, not a cropping area. There are limited fields here, more forest and woodlands. The soil has low pH with bedrock and hardpan known as fragipan, making it hard to grow anything, Lugo-Camacho said.

In the southwest corner of the state are the Springfield Plateaus, a unique area with sink holes. There are also forested areas, scrub, grasslands and active grottos.

On the Cherokee Prairies, the climate is warmer and drier and a productive cropping area.

The Delta Region in southeast Missouri includes the Bootheel area that dips down into Arkansas. It includes soils from heavy clay loam to sandy, which allows this area to grow a variety of crops, said Justin Calhoun, Missouri Extension specialist at the Fisher Delta Research Center in Portageville. The heavy soils can grow rice, soybeans and some cotton. Corn, cotton, peanuts, potatoes, melons and wheat grow on the lighter soils.

The temperatures are warmer here, so usually by this time of year all the corn, most soybeans and some rice have been planted. But this year planting is delayed by rain and cool temperatures.

“Only a couple of thousand acres of corn, some beans and a few hundred acres of rice has been planted,” he said April 20.

Of about 500 soil series in Missouri, the state soil is Menfro, which is ideal for growing corn, soybeans, small grain, forage crops and specialty crops like tobacco, grapes, vegetables and fruit.

As soil types vary across the state, so does productivity, a factor studied by Lee Burras, professor at Iowa State University. He was crucial in updating the Corn Suitability Rating in Iowa, known as CSR2. It is used to determine the productivity of soil for taxation purposes, but also by farmers, real estate agents, agricultural businesses and by the government in awarding funding.

“It can’t be a beauty contest,” Burras said of determining the level of soil productivity.

Even if soil is rich and dark on the surface, the CSR2 must take into account what is going on below the surface to about 60 inches where the corn may have roots.

Productivity has also changed as weather has. In western Iowa, for example, rain had been the limiting factor for corn yields. Now that isn’t so much the case. More of western Iowa is getting ideal rainfall for corn production now, Burras said.

The Corn Belt will continue shifting to the north and west over the next 50 years, he said. Illinois yields will be more like Ohio and Indiana today and Iowa’s more like Illinois today, he said.

Lifestyle has some impact on human aging, he said. The same goes for soil — it changes with age and is impacted by how it is managed.

While Burras is aware of landowner’s right to privacy, all considered, he said he would like to see a mechanism developed that would include soil management as a measure of soil productivity.

CHAMPAIGN Ill. — Richard Mulvaney has the gift of storytelling.

Rich Iowa soils are the envy of many farmers across the nation. Knowing how they formed and how they function helps farmers adapt practices wh… 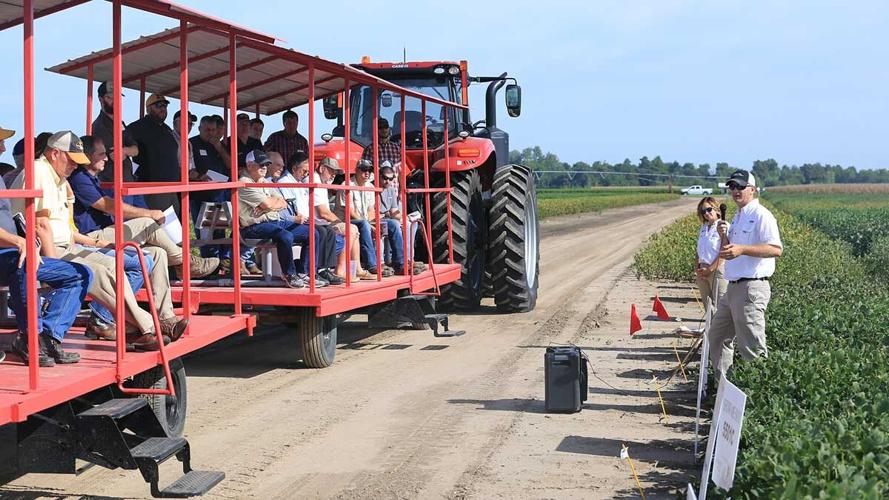 The Delta Region in southeast Missouri includes soils from heavy clay loam to sandy, which allows this area to grow a variety of crops, as was explained at a field day at the University of Missouri Fisher Delta Research Center in Portageville. 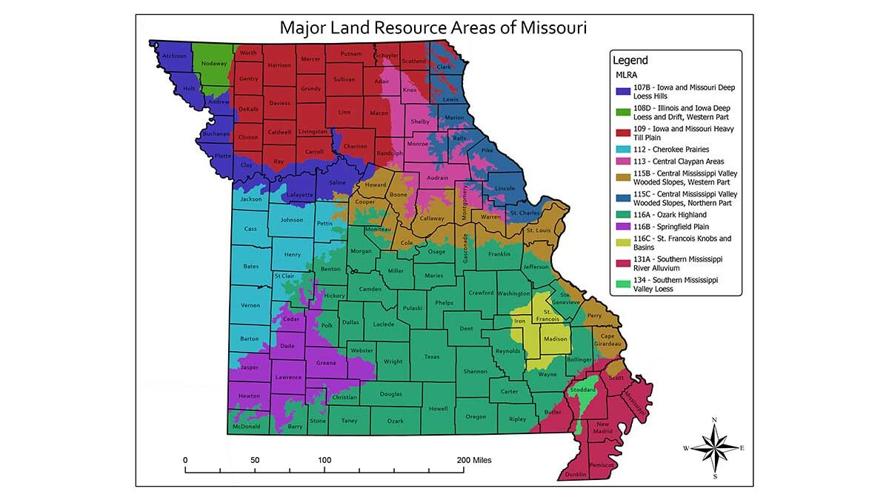 Missouri’s soil map is more colorful than neighboring Illinois and Iowa, which don’t have the same soils found in the Ozarks or in sandy southern Missouri, where rice and cotton can grow.