Kelly Nelson has been studying drainage in crop fields for decades. A research agronomist based at the University of Missouri Greenley Research Center at Novelty, Nelson works on the MU Drainage and Sub-Irrigation (MUDS) project.

This project involves installing drainage structures to remove excess water, but also collecting it for sub-irrigation later in the year when hotter, drier conditions generally settle in.

“We were raising the water table up in that soil profile with subsurface irrigation,” Nelson says.

As for the yield side of the equation, Nelson recently summarized 17 years of corn data and 16 years of soybean data. He says installing drainage systems has shown a 20% increase in corn and soybean yields.

“That’s just getting the water off in a timely manner since we sometimes run into a wet spring and fall and sometimes even summer,” he says.

When combining drainage systems with sub-irrigation, Nelson says the numbers showed a 28% yield increase for soybeans and a 40% increase for corn.

He says the system helps smooth out the extremes at different times of the year. During the generally rainy spring, the drainage keeps the water table lower to promote deeper root growth and allow farmers in the field quicker. During the often hot and dry summers, the sub-irrigation system raises the water table to help the crops thrive. The system has a water level control structure that functions like a gate. The versatility is nice, Nelson says, given the weather data during the decades of yield trials show the region’s variability.

“We’ve never had a normal spring and a normal summer over the duration of that trial,” he says.

Nelson says the drainage and sub-irrigation system works best on flatter fields. He says it can work on slopes as well, but it costs more to install.

On the conservation and water quality side, Nelson says the system has shown a 70% reduction in nitrate loss.

“We can keep nutrients on the farm,” he says. “It’s a really efficient system for that. … It’s just another tool we can use to reduce nitrate loss.”

Nelson says some farmers have put in this kind of drainage and irrigation system, and he works to inform producers of their options.

“The biggest thing is just educating farmers and contractors of the tools in their toolbox,” Nelson says.

Donnie Hubble, superintendent at the Greenley Research Center, says he has heard good things from producers who put in the system.

“I know growers who have implemented or followed Kelly’s practice and it has went well,” he says.

Hubble says they built a new 13-acre drainage and irrigation system in a field a few years ago, and it took about 10 days. He says it is nice to be able to recycle the water that drains off the field.

“You don’t have water standing where the drainage is,” he says. “You can get the excess water off the field. When it does get dry, you have the ability to do some irrigation.”

Drainage research projects are continuing at universities across the country. Iowa State’s Matt Helmers works as director of the Iowa Nutrient Research Center. He also works on the multi-university Transforming Drainage project, looking at the benefits of controlled drainage. The project looks at drainage control options and tools available for farmers.

“We’re going to reduce the downstream nitrate delivery from the drainage system,” he says. “In some years, we’re holding back water that might otherwise be lost downstream.”

Helmers says the topic is generating increasing interest among farmers and the industry as reducing nitrate loss and water quality remain priorities.

“There’s still a tremendous amount of work to do, but we are seeing more interest in these practices,” he says. 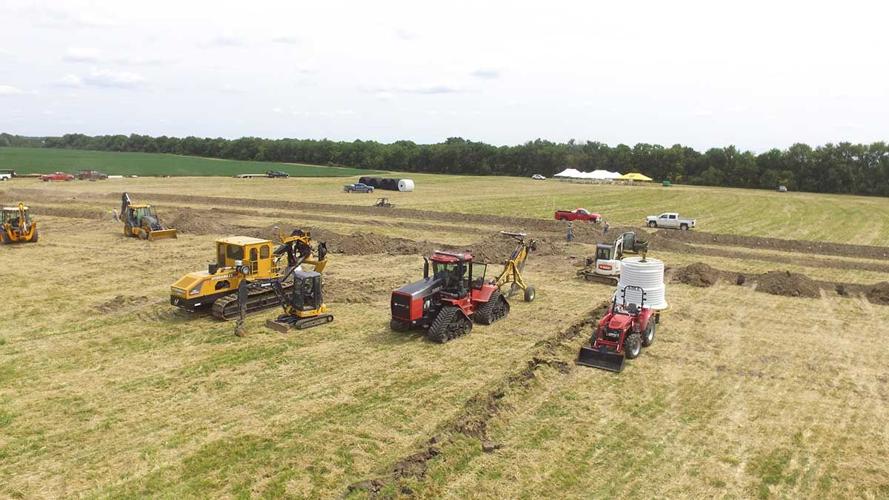 Workers install a drainage and sub-irrigation system at the MU Greenley Research Center at Novelty. 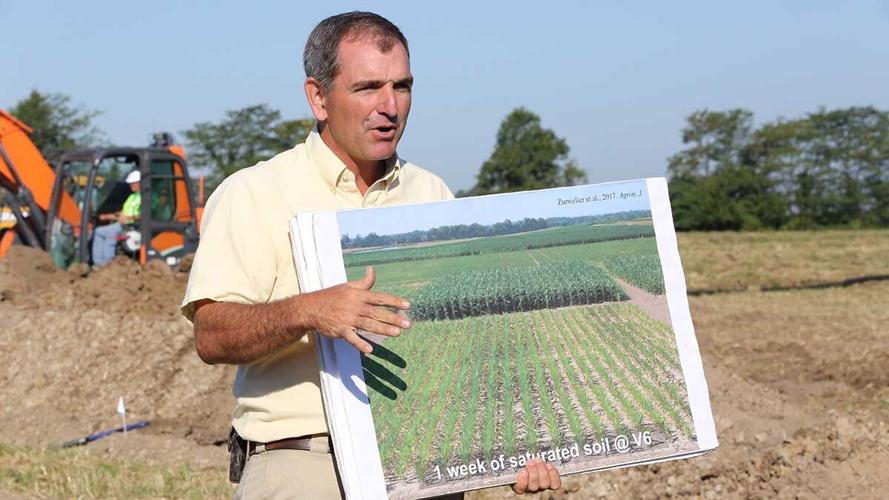 MU research agronomist Kelly Nelson talks about the benefits of drainage and sub-irrigation during a field day at the Greenley Research Center.

Over stock Column & Trusses He