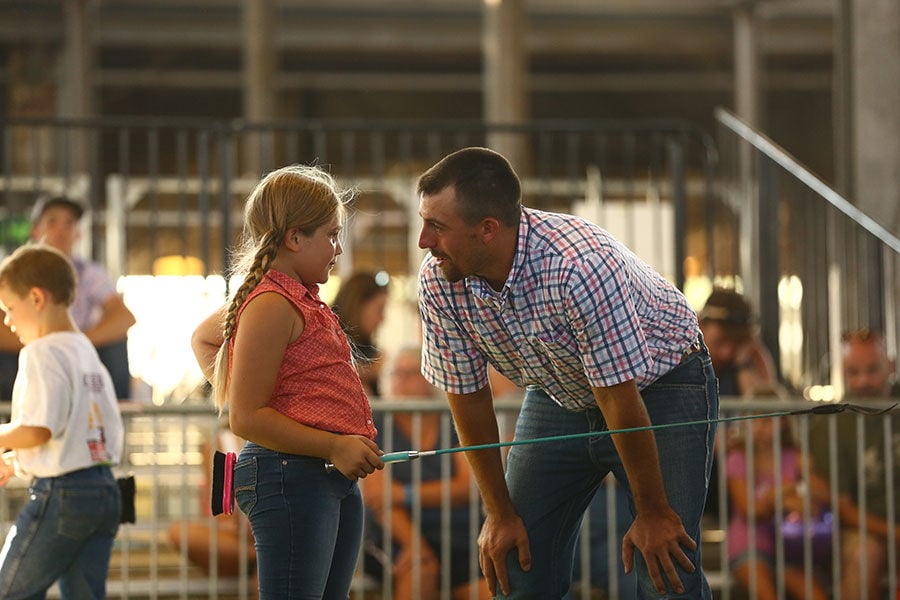 Andrew White talks to a contestant at a Missouri State Fair pig show. 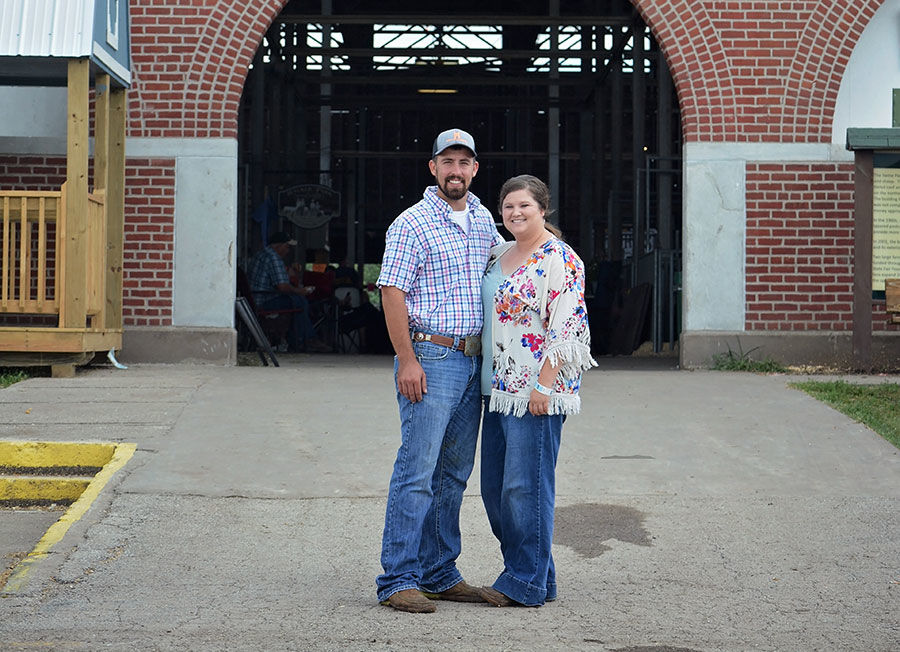 Andrew and Stephanie White pose in front of the Missouri State Fair swine building, which is where they met showing hogs. 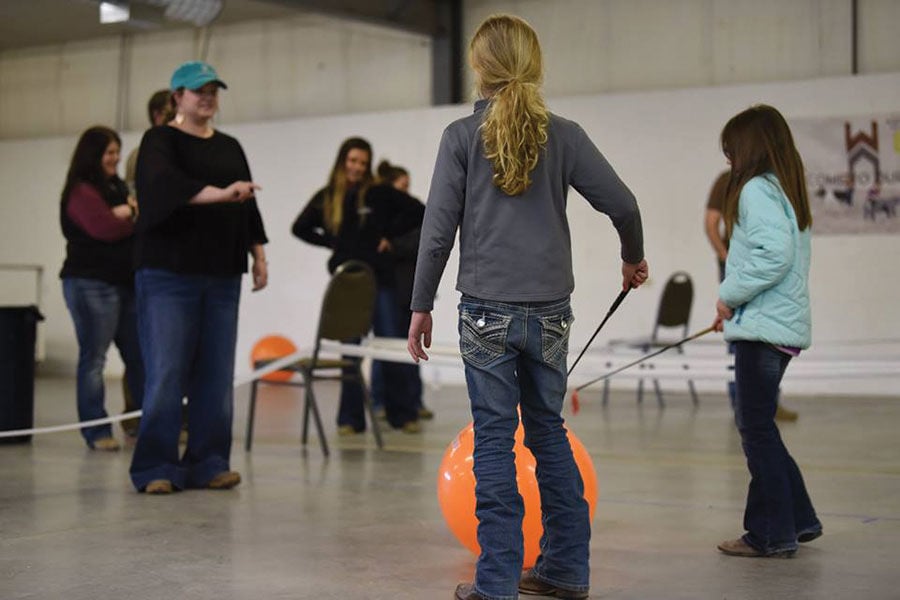 Stephanie White teaches a session at their Drive On Show Pig Clinic and Auction.

Andrew White talks to a contestant at a Missouri State Fair pig show.

Andrew and Stephanie White pose in front of the Missouri State Fair swine building, which is where they met showing hogs.

Stephanie White teaches a session at their Drive On Show Pig Clinic and Auction.

WARRENSBURG, Mo. — If there is one constant in the pork industry, it is change.

With a gestation of only 114 days, and the ability to breed in six months, hogs are able to reproduce quickly, which means genetic progress can happen seemingly overnight.

Though the trends differ through the decades, producers still hold to fundamental traits to remain profitable.

For Johnson County, Missouri, operators Andrew and Stephanie White, this means producing a well-balanced animal. White House Genetics officially started nearly five years ago when the couple married. But the foundation for the operation began much earlier.

“We each individually were a part of the pork industry before we got married, but took our business to the next level and decided to make this more full-time,” Stephanie White said.

While she was raised in a commercial production environment, her husband Andrew had more show ring experience.

“We both had different outlooks on the industry and swine production, but both enjoyed it and felt rooted in it from the beginning,” she said.

Today, the operation runs around 45 sows and works to maintain a fairly closed herd. Their main market is show pigs, but they hold a strong demand with local meat outlets as well.

“We sell a lot of fat hogs to individuals who pre-order their hogs. We also sell to different restaurants in town,” White said.

If they have any excess product, they work with local farm shops as retail distributors.

The divided market makes them strive for a well-balanced animal that excels in the ring as well as on the rail.

“Our goal is to see kids be successful at the county fair. We hope to get a call that they’ve won a purple ribbon. But it’s also cool to hear that they won the carcass class too,” White said. “Our market hogs are usually sired by some of the same sires that we are using to raise show pigs.”

To accomplish this goal, White House Genetics puts a strong emphasis on structure and functionality.

“If an animal isn’t built structurally correct, the longevity won’t be there,” White said.

White House Genetics houses gestating sows outside on dirt, but they use a farrowing barn and crates to deliver the litters.

After feet and leg structure, White selects for maternal females.

“A lot of people focus on the sires. We think it’s important to focus on the dam as much as the sire,” she said.

White House Genetics develops a lot of their own boars and sows, so productive females ensure quality genetics are passed on.

“It’s important to know I can walk in the barn and have a litter of pigs that will be born unassisted. I want to know they’re productive animals that can raise a big litter of pigs,” White said. “I really like to see maternal and fundamental practicality of animals, but they still have to have pizazz and finesse so we can compete at the national level [shows].”

Over the years, White has seen a genetic shift from super lean animals to hogs with more condition.

“A lot of your flavor does come from extra cover and fat. Because of that extra flavor, we’ve gotten away from the lean hogs that we saw several years ago,” she said.

But beyond genetics, the management and marketing trends have transformed.

“We really, really focus on education and we try to allow our doors to stay open to as many people as possible,” she said.

The couple travels around the country hosting "Drive On Show Pig Clinics," sharing info about pork production and showing pigs to youth.

“People can come in and not be overwhelmed by the size but see what is happening on larger operations,” she said.

This is important, as White believes consumer perception will determine the future of pork production. And as consumers call for changes to production methods and meat quality, White believes the industry will follow.

“The consumer is very much in control of how we produce our animals. We are always searching for something different that will make our product better,” she said. “From a producer standpoint, we’re going to continue making our product better than the day before.”