Livestock producers continue to face challenges from high feed costs. Iowa State University ag economist Lee Schulz says it has been a trend for a couple of years now.

“I’ve really looked at it as a two-year impact,” he says.

“That’s been a dramatic increase,” he says.

University of Missouri Extension livestock specialist Gene Schmitz says with higher feed costs, efficiency is key, including knowing what producers are feeding and how to best supplement diets.

“The real key goes back to forage testing and knowing what your feed supply contains and identifying what nutrients you need,” he says.

Schmitz says producers should also be paying close attention to body condition score in cows, because if they need to add body condition to cattle, it can be costly. Keeping body condition at desired level and not losing it can save money up front.

“If we can prevent that from happening, we don’t have to put that body condition back on the cow,” he says.

Schmitz says producers can also manage their weaning dates and move them up if that can help preserve body condition score in cows.

“Be flexible with weaning dates,” he says, “and you may not have to put as much into the cows.”

Schulz says other costs have risen as well, including building and material costs, fuel costs and in general the “cost of doing business,” he says.

“It’s not just feed that’s higher, it’s everything,” he says.

Producers have benefitted from higher prices for their livestock, but the high costs have kept margins thin.

“Prices are much higher, but margins are still rather tight,” Schulz says.

He says he is currently projecting about a $10 per head profit margin for pork producers in 2022, while currently he expects 2023 to be around break-even levels.

Overall, he says it is a time of instability for feed input costs.

“The volatility in prices and cost has increased the risk for producers,” Schulz says.

He does expect lower feed costs in 2023, but only marginally lower.

“We are expecting corn prices to taper off at least a little bit,” he says.

Langemeier says producers can look to other feed options, although they are all relatively expensive and feed grains generally track with corn prices. He says it will take this year and then a good crop in 2023 to bring corn prices down.

“At least for another year, the feed costs are going to be above their long-term average,” he says. “… The feed costs put pressure on margin, but margin is also reliant on prices.”

Producers have a few options to try to manage their feed costs and risks. Schulz says they can look at hedging and options markets to try to put in price ceilings and provide a measure of certainty on their feed costs. Also, the USDA’s Livestock Gross Margin program can be helpful because it looks at the margin, not just the revenue side or cost side, he says.

“We’re really in a higher-risk environment,” Schulz says. “It helps us manage those risks together and look at margin rather than an individual component.”

Schulz recommends working with an expert, possibly Extension personnel or workers at the FSA office, to tailor available tools to each individual operation.

There are a number of factors to consider when trying to cut feed costs, and Schulz says it is important not to limit performance and quality.

“Just because feed prices are higher, that doesn’t necessarily mean you should feed to lower weights,” he says. “When you start cutting costs, you also potentially can erode quality, too. I think it’s always a careful balance. It’s not always being the lowest-cost producer.”

Silage is another option for some producers to add to livestock diets. Schmitz says a decent amount of silage is put up in his area, and more farmers in drought areas could be chopping silage if the crop did not fare well in the tough conditions. He says moisture level is key for putting up good silage.

“We really want to target that moisture level at 65% moisture,” he says. “That’s pretty critical.”

“You can’t really overpack the stuff,” he says.

Schmitz says some producers use a bunker of hay bales for packing silage, although he says sometimes it can be difficult to pack it tight enough in such a setup. He says they can even pile it on the ground instead or into a more permanent bunker.

Silage can be very useful in diets.

“Normal silage, it’s really considered a high-energy feed,” Schmitz says. “We typically will need to add some protein to the diet if we’re feeding silage.”

Silage put up in dry conditions often has more nitrogen that remains in the plant and has more protein and less energy. Excess nitrates can be a concern in drought silage, although Schmitz says the ensiling process reduces nitrate levels by about 50%. Also, the nitrates are concentrated in the bottom part of the plant, so raising the cutting point to 10 to 12 inches can reduce levels as well.

Sampling the silage about 45 days after cutting can give producers an idea what is in their silage and how to best supplement diets.

Schmitz says for cattle producers, a good fall of pasture growth could help with the feed cost situation.

“Hopefully we’ll get a nice wet fall and get a lot of pasture regrowth,” he says.

IBERIA, Mo. — Down in south central Missouri, the Circle A Ranch sprawls for thousands of acres where the cattle graze on the rolling hills of…

RICH HILL, Mo. — Tyler Black first entered the meat goat world about seven years ago. He bought show goats for his two sons and kept them back… 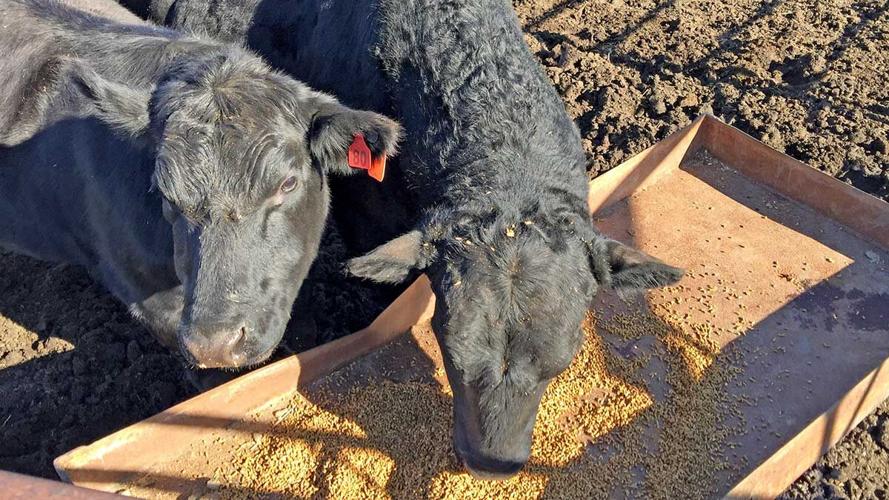 High feed costs have presented a challenge for livestock producers, although they have a few options for managing them. 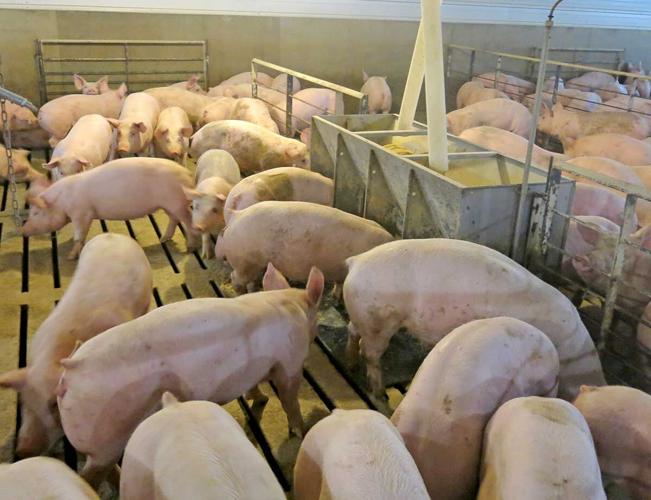 Over stock Column & Trusses He