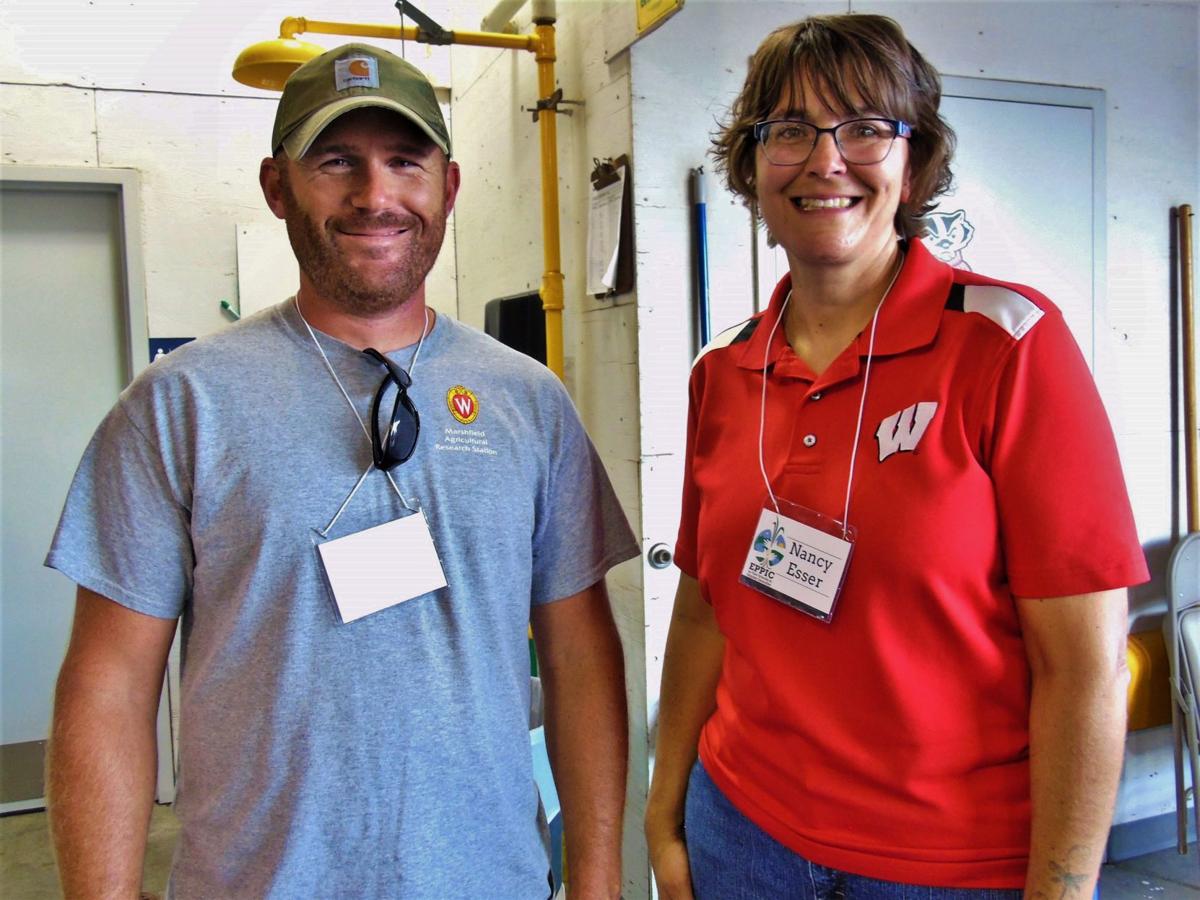 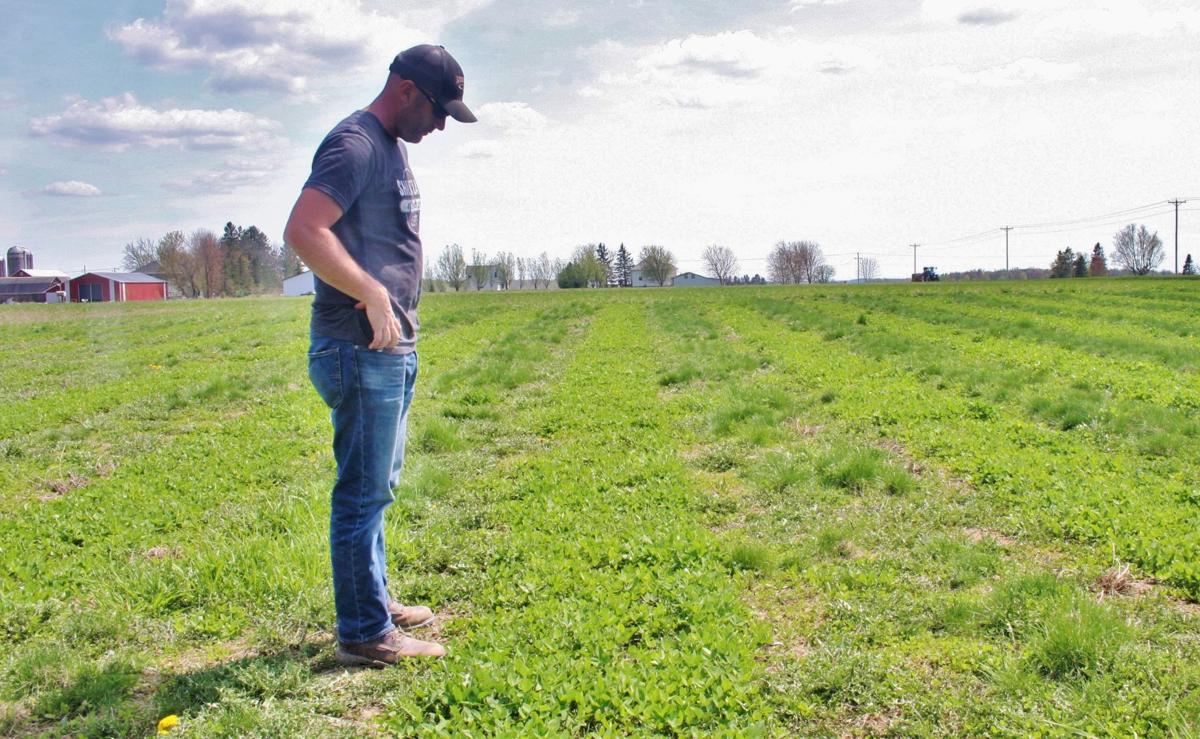 Jason Cavadini inspects rows of Kura clover, planted as part of a project to consider the crop for Wisconsin grazing farms. 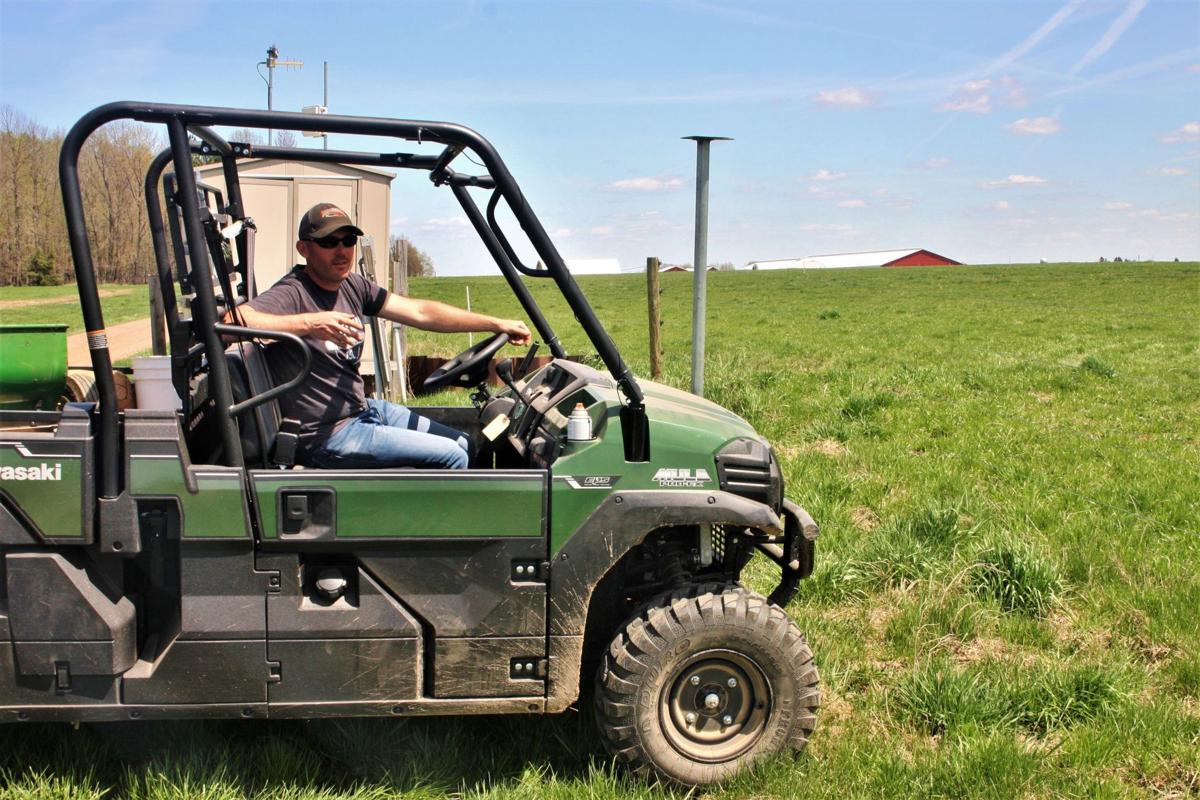 Jason Cavadini sits by a water-monitoring station on the University of Wisconsin-Marshfield Agricultural Reserach Station farm, where water is analyzed under different grazing-management schemes. 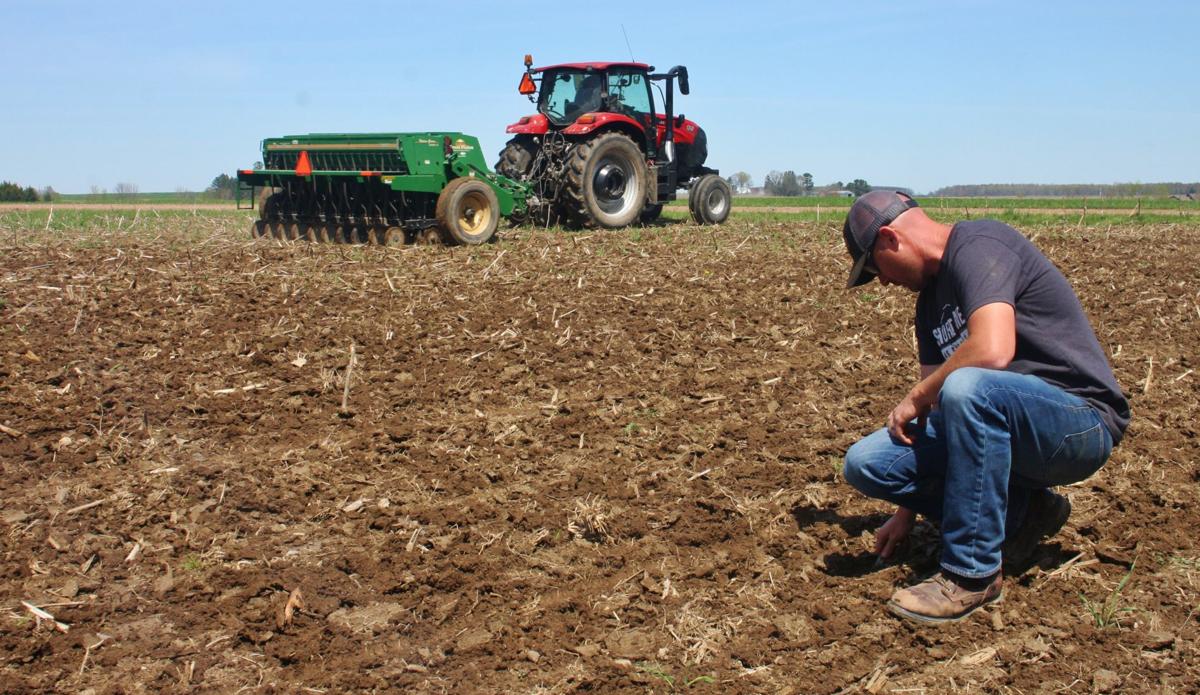 Jason Cavadini inspects rows of Kura clover, planted as part of a project to consider the crop for Wisconsin grazing farms.

Jason Cavadini sits by a water-monitoring station on the University of Wisconsin-Marshfield Agricultural Reserach Station farm, where water is analyzed under different grazing-management schemes.

Nancy Esser, superintendent and dairy-herd manager at the station, coordinates animal-research trials and conducts station tours. She says she’s interested in the role livestock play in soil and water conservation. She has been instrumental in several studies focused on reducing phosphorous in manure and ultimately in the water supply.

Cavadini and Esser have striven to implement changes that maintain production levels at the research station while practicing conservation methods to build soil health and protect water quality. Under their tutelage the station has become an advocate in promoting soil health and reducing erosion in central Wisconsin. It has also led to the research station’s farm receiving the 2019 Conservation Steward Award.

The award is given annually to a person or entity whose outstanding work, leadership or project exemplifies dedication to the conservation and protection of Wisconsin’s natural resources. The Wisconsin Land and Water Conservation organization chooses the recipients.

Part of Cavadini’s learning curve toward using conservation practices took place on his own grass-fed-beef operation less than 2 miles from the research-station farm. When he bought the property he soon discovered the only way for him to make a go of it financially was minimizing inputs and utilizing grazing.

“Grazing is the gold standard for soil health,” he said.

The Marshfield Agricultural Research Station farm has expanded its pasture infrastructure and conducted grazing research with dairy heifers. The hope is to be as transparent as possible when it comes to using grazing so farmers can see it as a viable alternative to 100-percent-confinement systems.

One of the UW-farm’s current projects involves assessing water quality under different grazing-management schemes. Monitoring stations collect water at the bottom of paddocks that are managed at differing levels of intensity. The main focus is to examine groundwater-phosphorous levels in runoff from the paddocks. Another grazing-related project is establishing Kura clover on a small plot of land to examine its potential for Wisconsin grazing operations.

Cavadini was able to show how the entire station is using conservation practices that farmers can implement to benefit soil in an area with challenging conditions. He said of all the research stations in the UW-System, the Marshfield station poses the biggest challenge in terms of timely spring-crop establishment. The relatively flat terrain coupled with heavy soils dominated by the Withee series poses challenges to area farmers. The Withee-series soil is characterized by deep poorly drained soils where permeability is moderate to slow.

Cavadini’s been instrumental in other practices such as the use of waterways, managed grazing, perennial crops and clean-water diversions. Since adopting no-till planting on the entire station farm he said it can be concluded it’s a viable alternative to multi-pass tillage. Those are not research plots but production-crop fields that grow feed for the station’s dairy herd. He was quick to implement no-till planting by modifying one of the farm’s existing planters to make it a possibility.

Cover crops have become an important part of the research farm’s conservation practices put into action. One of Cavadini’s ideas was to no-till cover crops into newly planted cornfields. That results in a green cover that remains after corn is harvested, thereby minimizing soil erosion during the non-growing season.

Touring the farm in a utility vehicle, he pointed across to fields comprising a large portion of the farm’s acreage.

“That entire area was just two large fields when I came here,” he said.

Taking advantage of the contour of the land, he divided the field further. He created more management zones where fields can be treated differently with conservation in mind.

In addition to the cropping-practice changes, Esser and Cavadini have initiated changes to the accepted model for a research-station field day. In an effort to be more hands-on they decided to host several “farm walks” that were non-scripted. They allowed farmers to be part of the conversation. By allowing farmers to walk the fields discussing their successes and failures, the research station has created an atmosphere of learning and exchange in the community.

Esser and Cavadini have become an important link between farmers, industry, citizens and conservation departments in central and north-central Wisconsin. The UW-Marshfield Agricultural Research Station is located on the some of the most challenging soils to manage in Wisconsin. Esser and Cavadini have worked hard to respond to the difficult task of keeping water quality and soil building a priority while maintaining production standards at the station. Hats off to them for earning the 2019 Conservation Steward Award.