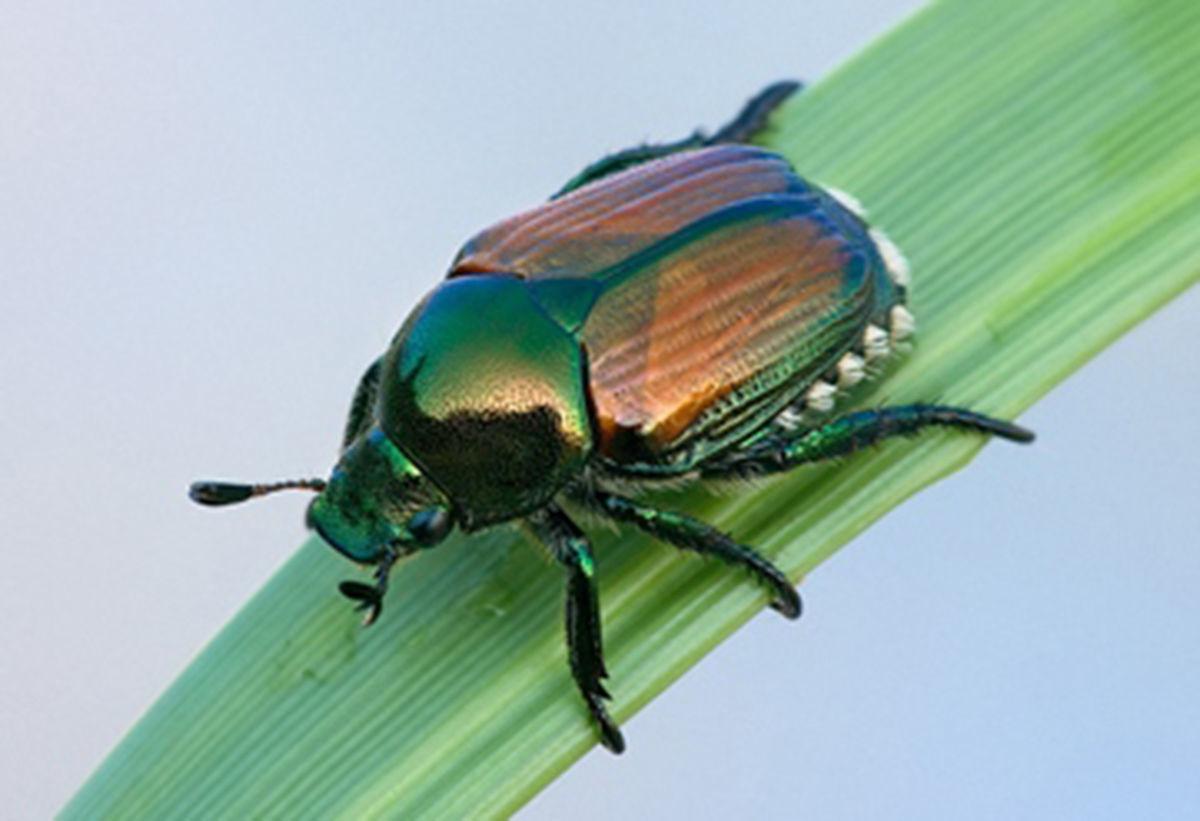 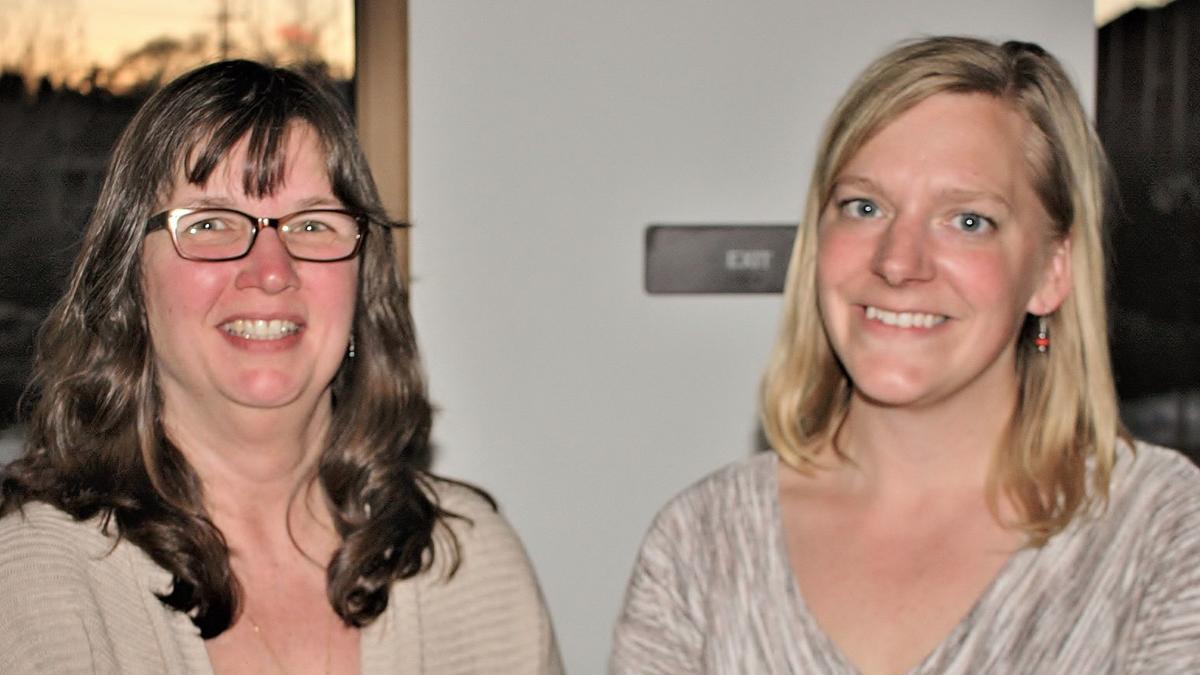 Angie Reuter of Wausau, Wisconsin, left, is president of the Master Gardener Program of Marathon County. Brianna Wright, also from Wausau, is the adviser for the program. 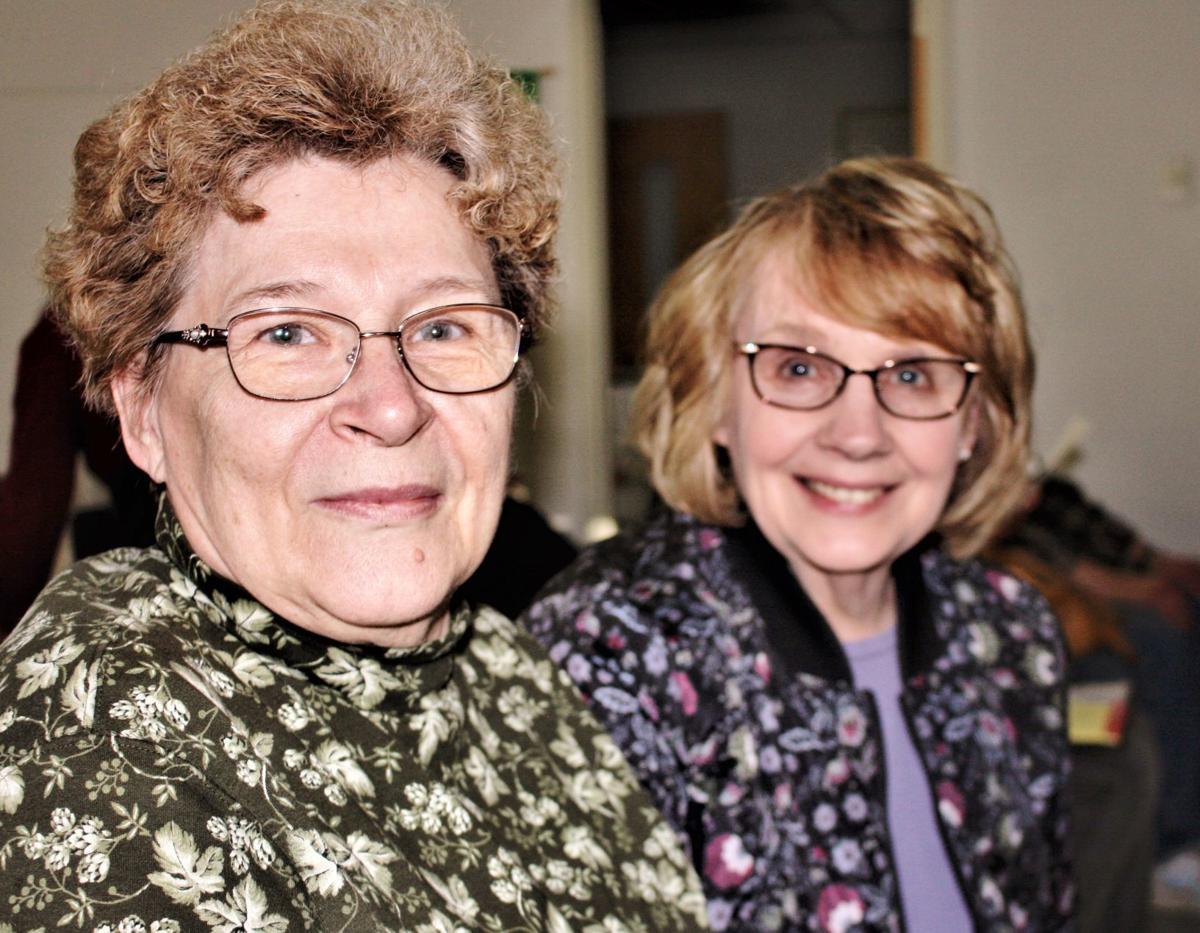 Jane Nowitzke of Wausau, Wisconsin, and her cousin, Jackie Brown of Marathon, Wisconsin, are working toward their Master Gardener status. 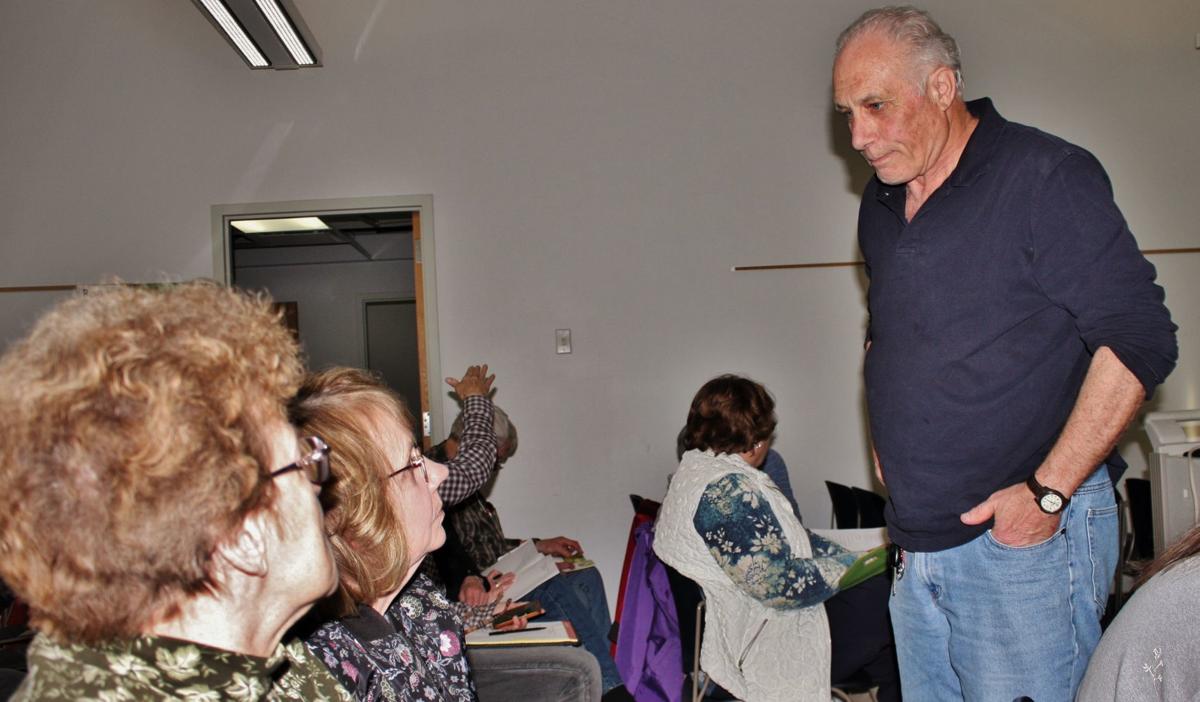 Entomologist Phil Pellitteri talks to audience members prior to speaking about insects in Wausau, Wisconsin.

Angie Reuter of Wausau, Wisconsin, left, is president of the Master Gardener Program of Marathon County. Brianna Wright, also from Wausau, is the adviser for the program.

Jane Nowitzke of Wausau, Wisconsin, and her cousin, Jackie Brown of Marathon, Wisconsin, are working toward their Master Gardener status.

Entomologist Phil Pellitteri talks to audience members prior to speaking about insects in Wausau, Wisconsin.

WAUSAU, Wis. — Entomologist Phil Pellitteri says the Japanese beetle has more impact than any other 10 insects he can put together.

Pellitteri recently spoke at the Master Gardener Program in Marathon County, part of the University of Wisconsin-Extension. The closer one lives to a maintained irrigated lawn such as a golf course the more likely Japanese Beetles will be around, he said. They thrive in such conditions. They feed on more than 300 different host plants.

Pellitteri, “the bug guy,” was with the Insect Diagnostic Lab in the Department of Entomology at UW-Madison from 1978 to 2014. He gives many lectures throughout the state on a variety of entomological topics. He taught since 1982 in the UW-College of Agricultural and Life Sciences, in the Farm and Industry Short Course. He’s authored or co-authored more than 80 UW-Extension publications. He’s received many awards in recognition for his contributions at local, state and national levels.

Japanese beetles are active from the end of June thru late September, resulting in “two and a half months of misery,” Pellitteri said. In April the pest is in the grub stage 3 to 4 inches below the grass. An infected area can contain 60 grubs per square foot.

The pest peaked in infestation in the late 1990s. Birch trees looked like they had been flamed; lindens were completely denuded of vegetation. Current Japanese beetle numbers are 10 percent of what they were in the 1990s. Pellitteri said that’s a typical trend he’s noticed through the years as an entomologist.

“They come on like gangbusters,” he said. “It becomes less fun to garden for about five or six years; then it starts to get better through no intervention of humans. (I believe) there’s a disease that eventually gets after the grubs.”

Deer ticks and Lyme disease represent the most fascinating biological event that has come about in his career, he said. Lyme disease is spread by the ticks. The first deer tick in Wisconsin was discovered in 1969 in Spooner by an entomology graduate student. The Ixodes scapularis is also called a black-legged tick. Most of the disease transmitted by deer ticks originates from mice. But the population of deer ticks is positively correlated with the deer population.

“People tell me 50 or 60 years ago if you saw a deer in the southern part of Wisconsin, it would be in the local paper,” Pellitteri said. “Now we see 60 or 70 at a time in fields.”

He said there are more cases of Lyme disease than are known. A Centers for Disease Prevention and Control study from six years ago estimated only 10 percent of cases are reported.

Pellitteri once needed to travel south to find insects that are now successfully breeding in Wisconsin. He attributes that to a lack of “old-fashioned” winters that those southern insects couldn’t survive.

Crop pests and diseases are moving toward the poles at about the same speed as warmer temperatures, according to a research study published in “Nature.” Study findings suggest climate change is driving their relocation, and raises major concerns about food security.

“Climate change is expected to cause changes in the distributions of species around the world, with an overall shift away from the equator and toward the poles,” according to the study.

“Our defenses, pesticides and fungicides, are being asked to deal with larger and larger numbers of pests and diseases, each of which can evolve fungicide or pesticide resistance,” said ecologist Dan Bebber of the University of Exeter in the United Kingdom.

Expansion of pest populations into new territories increases the risk that those organisms will escape human control, according to the study. Among the biggest threats are fungi and oomycetes, similar but distinct groups of microbes, which cause plant diseases. Several highly virulent strains of fungi have emerged in recent years around the world. The oomycete Phytophthora infestans remains a persistent problem even 168 years after causing the great Irish potato famine.

The research team found that, on average, crop pests have been moving toward the poles at 2.7 kilometers per year – about 1.7 miles per year – which is close to the rate of climate change. But the rate of shift varied significantly for different groups and among individual species. Fungi, beetles, true bugs, mites, butterflies and moths showed clear movements to higher latitudes, whereas viruses and nematode worms shifted to lower latitudes. Other groups showed no detectable change.

“Many studies have shown that climate change is affecting the distribution of wild species populations. This is the first one to show that a similar process is happening in pest species,” said Sarah Gurr, a plant pathologist also at Exeter.

She highlights the worrying finding that fungi and oomycetes are moving particularly quickly, at 7 and 6 kilometers per year respectively – 3.5 to 4.5 miles per year.

Greg Galbraith’s life has unfolded like a country song. He and his wife, Wendy, came from the city to buy themselves a farm. They did right by it, keeping it in grass from one end to the other and grazing colorful cattle on it for 30 years. After transitioning to organic production they sold the farm to a local dairy couple. Greg Galbraith kept a favorite tractor and other loves of rural life, including 20 acres of his grandfather’s original farm with a sugar bush and cabin. From there he will continue to write about the evolving rural landscape. Visit www.poeticfarmer.com for more information.

The North Central Wisconsin Master Gardener Association currently has 78 active members. Graduates of the program are eligible to join the Master Gardener Volunteer Association that connects them with a statewide network of Master Gardeners. A newsletter keeps members abreast of garden-related activities and educational opportunities. The organization began in 1995 with six members. The group’s goal is to be the premier source for gardening in the community. The focus of the group is to continually learn, volunteer and share gardening knowledge. Visit fyi.extension.wisc.edu/marathonmg for more information.