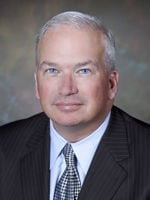 MADISON, Wis. – The Wisconsin Senate has rejected Brad Pfaff as the secretary of the Wisconsin Department of Agriculture, Trade and Consumer Protection.

The chamber shot down Pfaff in a 14-19 party-line vote Nov. 5, a move that came after Senate Majority Leader Scott Fitzgerald this past week signaled Pfaff’s impending rejection when he urged Democratic Gov. Tony Evers to withdraw the selection. According to the Legislative Reference Bureau, a governor’s appointee has never been denied by the Senate as far back as 1987, when records began.

After the vote Evers in a statement described the vote by Republicans as “nothing short of callous and cruel.”

“Republicans voted to reject a good man who has a good heart and who wakes up every day ready to serve,” Evers said. “It was apparently more important for Republicans to serve up political retribution because Brad had the courage and the audacity to scold them for playing politics with farmer mental health during this dairy crisis.”

While future leadership for the department has not been determined, Evers said he hasn’t ruled out elevating current deputy-secretary Randy Romanski to the role of secretary and giving Romanski’s job to Pfaff.

“I have worked across party lines to support Wisconsin farmers and the State Legislature should do the same,” said U.S. Sen. Tammy Baldwin, D-Wisconsin-2-Madison. “State legislative Republicans should not (have) let politics get in the way of helping our farmers when they are dealing with many difficult challenges. We all need to work together to provide our agricultural economy and rural communities the support they need right now. Secretary Pfaff (had) the experience, qualifications and commitment to do this and the State Legislature should (have) put partisan politics aside.”

Pfaff’s nomination was unanimously approved in February by a Senate panel – a committee including five Republican members who all voted no but refused to answer questions on the floor from Democrats. Fitzgerald said there were “a number of missteps” Pfaff made going back to February.

“A number of members of the majority just aren’t comfortable with Brad Pfaff,” he said.

Pfaff drew the ire of Republicans after he targeted the Legislature’s budget committee this summer concerning the release of farmer mental-health funding. But Fitzgerald’s office also pointed to other issues including a proposed rule change for livestock operations that’s faced criticism.

“I have been very disappointed in Mr. Pfaff’s politicization of (the department), which has traditionally been a non-political agency that supports farmers and consumers,” said Wis. Sen. Howard Marklein, R-17-Spring Green. “Last February the Senate Committee on Agriculture, Revenue and Financial Institutions voted to move Mr. Pfaff’s appointment through our committee. … At the time I was hopeful that Mr. Pfaff would be a positive strong leader for an agency that has traditionally been nonpolitical and focused on the industries it supports. Unfortunately, I was disappointed by Mr. Pfaff’s actions over the last eight months.

“Mr. Pfaff has played politics with information and has attacked the legislature to the detriment of his agency. He was willing to use political talking points to further a political agenda, when he should have been focused on doing what is best for farmers and consumers … we need a leader at (the department) who is willing to stand up for all farmers and work with the legislature to promote policies that support agriculture, not play politics with one of our most important industries.”

But Democrats pointed to Pfaff’s experience, including his stint at the U.S. Department of Agriculture’s Farm Service Agency. They charged Republicans were playing politics on the issue.

Assembly Democratic Leader Gordon Hintz, D-Oshkosh, said, “Brad grew up on a farm and has dedicated his life to advocating for Wisconsin farmers, agriculture and our rural communities. This is politics at its worst and most vindictive. To be clear, the only reason this is happening is because Brad Pfaff dared to shine a light on the disgraceful Republican inaction on access to farmer mental-health care. To Republicans, standing up for farmers was a fireable offense. This is a cynical partisan maneuver made with no thought for Wisconsin’s farming communities. This action will create more instability for family farmers who have already been harmed by a reckless trade war and chaos at the federal level.

“I have known Brad personally for 23 years and you would be hard-pressed to find someone with his breadth of experience in Wisconsin agriculture and who has served their state in numerous capacities most of their adult life.”

U.S. Rep. Ron Kind, D-3-Wisconsin-La Crosse, said, “As a kid who grew up on a family farm in Wisconsin, no one understands the challenges that our family farms face or the work that needs to be done to revitalize our state more than Brad Pfaff. Brad has dedicated his life to ensuring Wisconsin farmers, workers and families have the tools they need to succeed. At a time when three Wisconsin dairy farms are closing a day, it’s a no-brainer to have Brad Pfaff leading the Department of Agriculture, Trade and Consumer Protection. Any decision otherwise isn’t putting the best interest of our farmers or our state first.”

Pfaff, a Wisconsin native, worked for Kind for several years.

Calling Pfaff qualified for the job, Senate Minority Leader Jennifer Shilling urged her colleagues to de-escalate “this legislative nuclear war we are in” and back him.

“At a time when the ag industry is in a crisis and there is uncertainty of trade wars and tariffs, of weather, of declining prices, Brad is that voice that we need to help family farmers in this state and the agricultural industry,” the La Crosse Democrat said.

Ahead of Pfaff’s rejection the Evers administration sought to urge senators to support him. Separately, industry groups including the Wisconsin Cheese Maker Association and the Dairy Business Association highlighted their support.

Cabinet secretaries in Wisconsin are appointed by the governor with the advice and consent of the Senate. The state’s constitution doesn’t define when such a vote must occur, meaning the chamber can vote at any time to approve or reject any secretary. The Republican-controlled state Senate confirmed five cabinet secretaries in October. Confirmations have yet to be confirmed for 11 other secretaries.

Pfaff did not respond to a request for comment.

The Cap Times and the State Journal contributed to this story.