A 2015 rule that expanded the definition of “waters of the United States” in the Clean Water Act has been repealed. 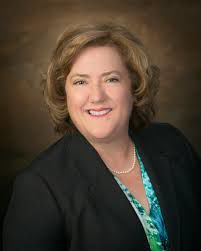 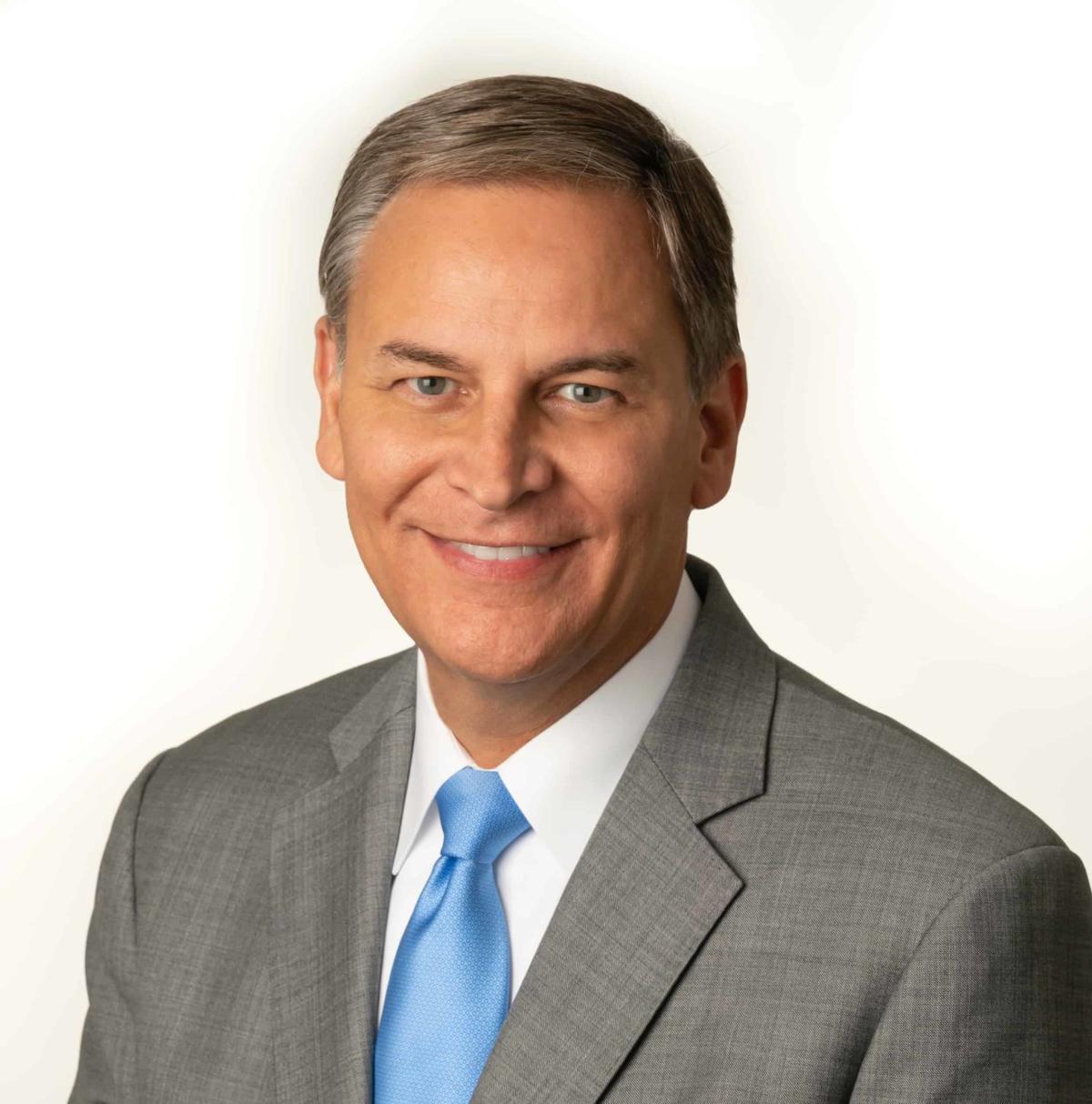 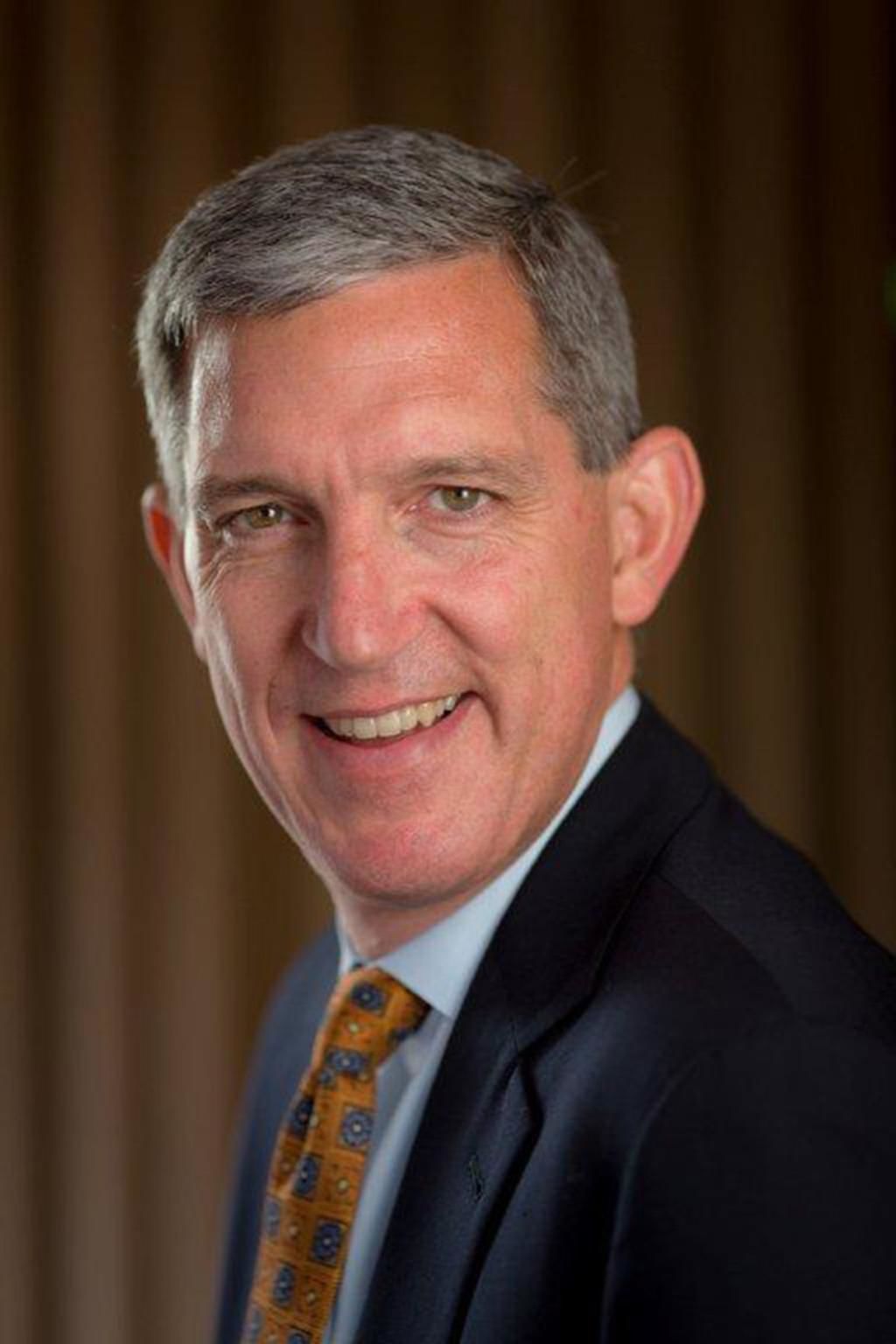 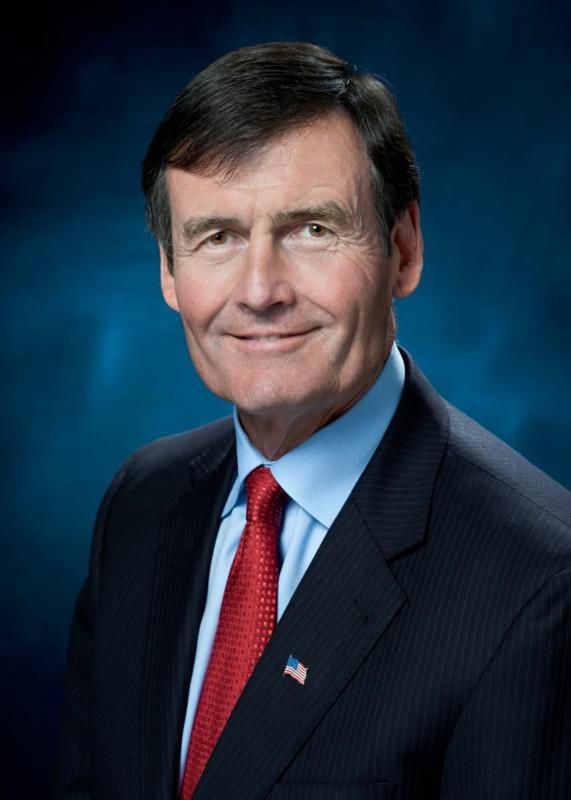 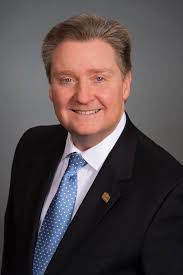 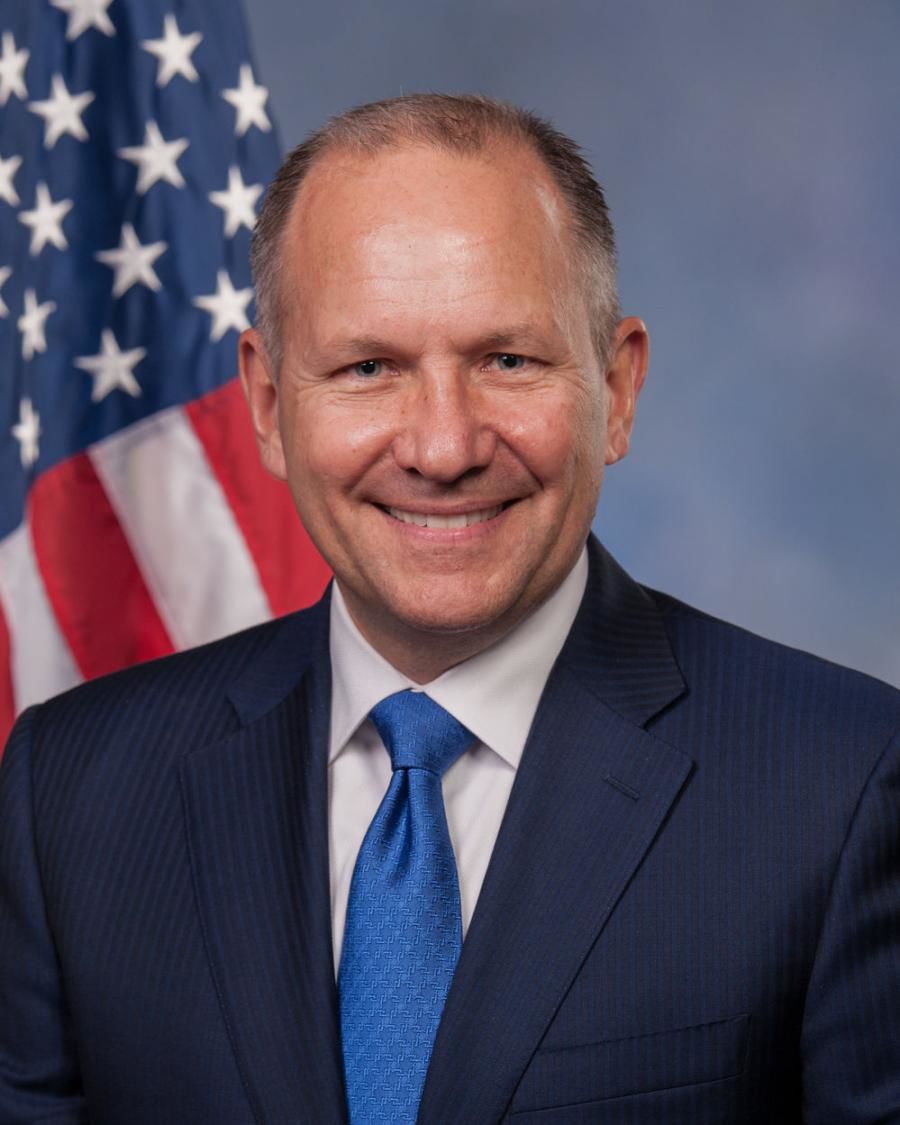 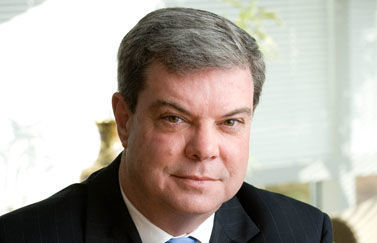 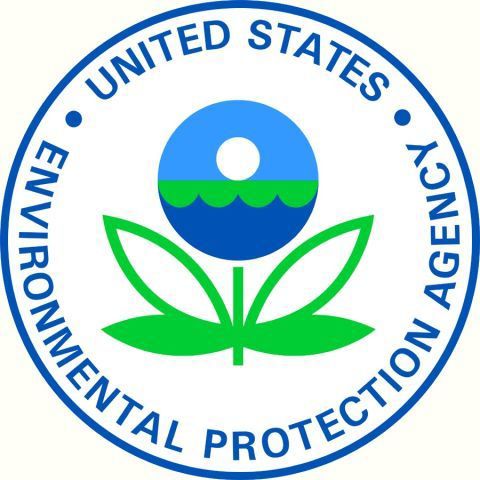 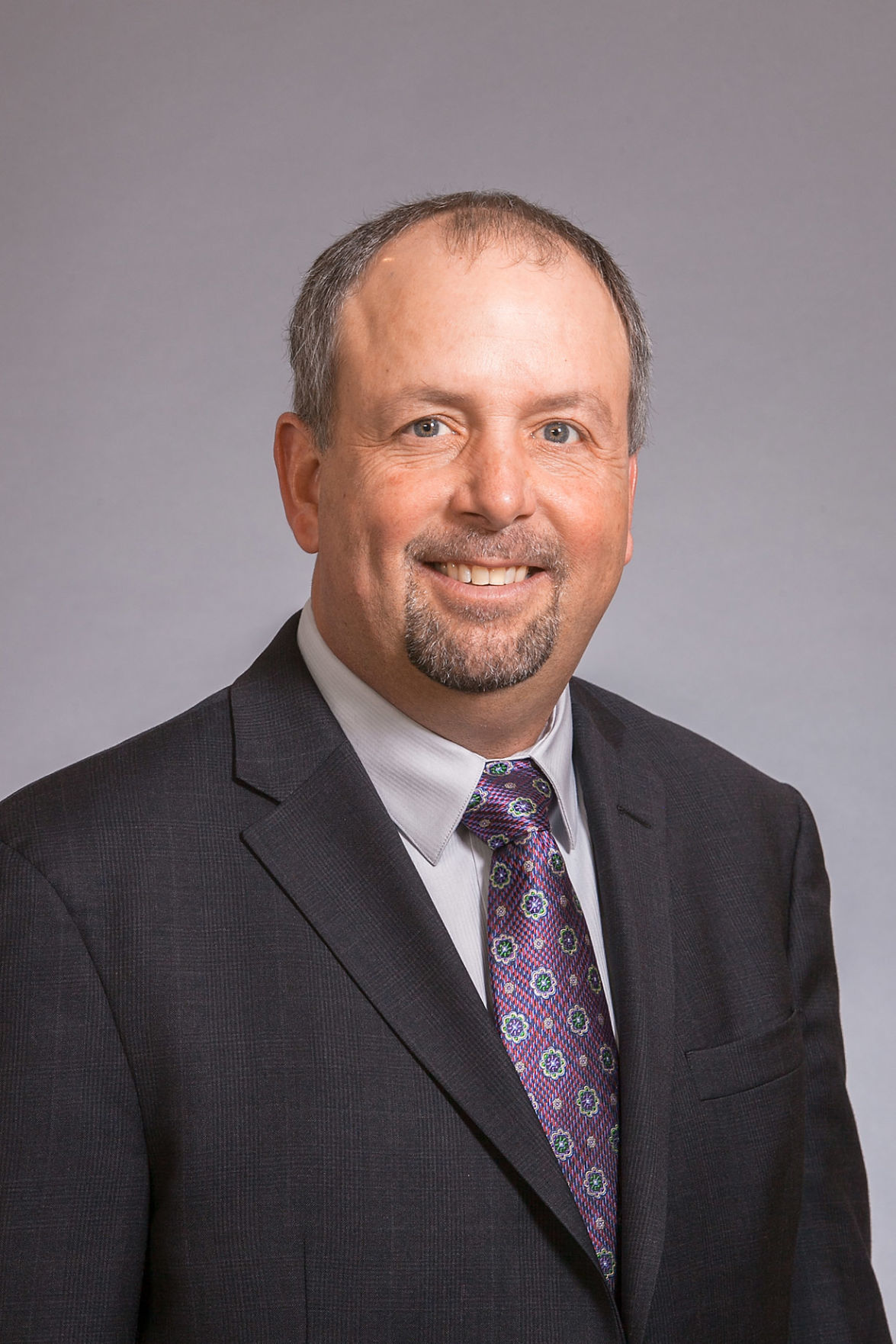 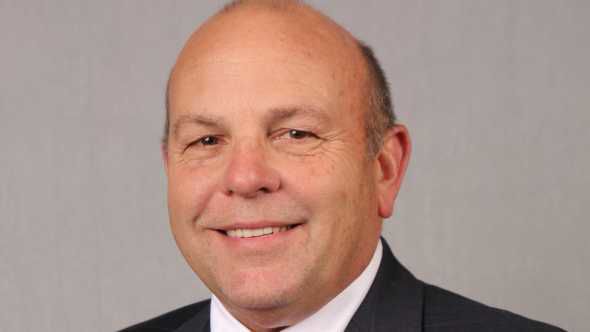 A 2015 rule that expanded the definition of “waters of the United States” in the Clean Water Act has been repealed.

A 2015 rule that expanded the definition of “waters of the United States” in the Clean Water Act has been repealed. The U.S. Environmental Protection Agency and the Department of the Army for Civil Works also are recodifying regulatory text that existed prior to the 2015 rule.

The federal agencies will implement pre-2015 regulations, which are in place in more than half the states. The final rule takes effect 60 days after publication in the “Federal Register.” The agencies will take two measures to define the scope of “waters of the United States” regulated in the Clean Water Act. The first step provides regulatory certainty as to the definition of “waters of the United States” following years of litigation surrounding the 2015 rule.

The second step involves defining where federal jurisdiction begins and ends in accordance with the Clean Water Act and U.S. Supreme Court precedent. The agencies are providing a definition of the difference between federally regulated waterways and waters that remain in state authority.

The National Association of Conservation Districts has been working since 2014 to have the rule reversed, said Tim Palmer, association president. He said the full repeal of the 2015 rule brings all 50 states back under regulations that have been in effect since the 1980s.

“(The reversal) is a positive step forward for locally led conservation and brings a greater level of certainty for producers and landowners who are stewards of our land and water,” he said. “For more than 75 years conservation districts have been leaders in locally led efforts to ensure a clean and sustainable water supply for the nation. The nation’s nearly-3,000 conservation districts and the landowners they work with are the best equipped to handle local decision-making. We applaud the EPA and Army Corps of Engineers for reversing the 2015 rule.”

American Soybean Association members view the move as a significant step toward greater regulatory certainty for soybean farmers, said Davie Stephens, a soy grower from Clinton, Kentucky, and president of the association.

“We agree with the goal of assuring clean water, but in reality the proposed rule was an unworkable and impractical regulation – especially for farmers and ranchers,” he said. “Creeks, streams and ditches on our land were unduly subjected to a broad one-size-fits-all regulatory definition that made no sense for individual farms and went beyond the intent of Congress. This is great news for soybean and other farmers.”

The EPA is developing a new rule that protects waterways while still offering a workable solution for farmers, he said. The new rule will consider comments submitted impacted stakeholders.

Members of the Waters Advocacy Coalition are seeking a new clean-water rule that provides regulatory clarity, promotes clean water and protects jobs. The American Farm Bureau Federation is one of the members. According to the federation, the 2015 rule unlawfully infringed on the role of states in protecting local waterways and granted the federal government nearly unlimited authority to regulate any low spot where rainwater collects. That ambiguous rule resulted in substantial regulatory uncertainty and legal risk for a broad cross-section of the nation’s economy.

The 2015 rule was quickly blocked by the 6th Circuit Court of Appeals based on its legal flaws and the potential for it to cause significant economic and regulatory harm, according to the federation. It was never fully implemented nationwide. Thirty-one states and dozens of agricultural, conservation and industry groups filed legal challenges to the 2015 rule for its unlawfully broad expansion of federal jurisdiction.

The Waters Advocacy Coalition is encouraging the administration to finalize a new rule that protects the nation’s waters as well as provides clear rules for states, farmers, ranchers and small businesses to follow.

Zippy Duvall, president of the American Farm Bureau Federation, said, “This is a huge victory for farmers and ranchers, who share the goal of protecting our nation’s water resources. Farm Bureau appreciates this significant first step. We look forward to the administration and the agencies finalizing a new regulation that will provide clean water and clear rules.”

Jennifer Houston, president of the National Cattlemen’s Beef Association, said, “Cattle producers are the nation’s original environmental stewards. We work hard to ensure that our natural resources remain pristine and implement conservation practices to protect our water resource. The 2015 ‘waters of the United States’ rule was an illegal effort by the federal government to assert control over both land and water, significantly impacting our ability to implement vital conservation practices. After years spent fighting the 2015 rule in the halls of Congress, in the courts and at the EPA, cattle producers will sleep a little easier knowing that the nightmare is over.”

Jay Timmons, president and CEO of the National Association of Manufacturers, said, “America is now one step closer to smart and balanced regulation that protects our nation’s precious water resources. Courts already declared the 2015 rule illegal, following years of litigation that included a 9-0 victory for the National Association of Manufacturers at the Supreme Court, so manufacturers are pleased to see it officially struck from the books. The old water rule, which sought to regulate dry land, was confusing and counterproductive. Manufacturers are committed to environmental stewardship so now we look forward to a new more-effective rule to protect clean water.”

Marty Durbin, president of the U.S. Chamber’s Global Energy Institute, said, “For decades America has been making tremendous progress to improve water quality. The 2015 ‘waters of the United States’ rule significantly expanded the definition of waters – creating great uncertainty for states, local governments, businesses and farmers. In addition legal challenges have now led to an unworkable patchwork of federal regulations that vary from state to state. (The) action to restore one national definition provides certainty for stakeholders and ensures that we can build upon existing standards to improve water quality. We look forward to working with the Administration to do just that.”

Tom Kuhn, president of the Edison Electric Institute, said, “The 2015 ‘waters of the United States’ rule was so broadly written that it created substantial confusion and regulatory uncertainty, which caused customer costs to increase due to new operating requirements and delays for critical infrastructure projects. The Edison Electric Institute applauds EPA and the Army Corps of Engineers for repealing the rule, which multiple courts already had found to be unlawful.”

Greg Ugalde, chairman of the National Association of Home Builders and a home builder and developer from Torrington, Connecticut, said, “The National Association of Home Builders commends the EPA and U.S. Army Corps of Engineers for repealing the 2015 ‘waters of the United States’ rule that vastly expanded federal overreach over water and land use by regulating man-made ditches and isolated ponds on private property. By repealing the 2015 rule the EPA and Corps have taken an important step forward. Next they need to finalize a new definition that restores common sense to the regulatory process by respecting state rights, and balancing economic and environmental concerns.”

Stephen E. Sandherr, chief executive officer of the Associated General Contractors of America, said, “The administration’s decision to withdraw the deeply flawed ‘waters of the United States’ rule will provide much-needed clarity for communities and officials who are working to advance vital new infrastructure, development and remediation projects across the country. We are eager to work with the administration as it crafts a replacement rule that will provide the kind of certainty and common sense that the earlier measure lacked while continuing to protect water quality.”

National Mining Association President and CEO Hal Quinn said, “(The) repeal turns the page on a deeply problematic regulation that exemplified the last administration’s federal overreach. The 2015 rule unlawfully expanded the scope of federal Clean Water Act jurisdiction and, contrary to its intended purpose, added significant confusion to the question of which waters are federally regulated and which are protected by the states. We look forward to working with this administration as it takes the next step of finalizing the ‘waters of the United States’ replacement rule. The administration’s proposed definition strikes the appropriate balance between state and federal authority over waterways, and reduces the uncertainty that has plagued Clean Water Act implementation for decades.”