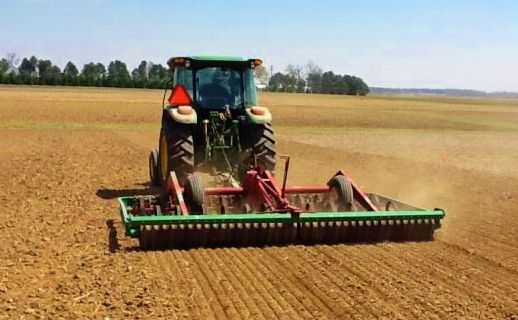 A firm seedbed is prepared for forages. 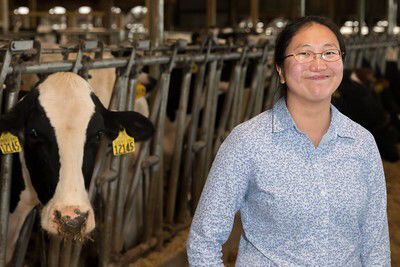 A firm seedbed is prepared for forages.

There is a timeline that naturally exists concerning the eventual harvest of a forage crop, says Liz Binversie, agriculture educator with the University of Wisconsin-Division of Extension in Brown County.

“We’re going to grow, harvest, store and feed a particular forage, and that ultimately leads to animal performance,” she said. “We can also think of it as a cycle where all these pieces are inter-connected. At the center of the cycle is the cow being fed and the farm itself. All of the factors in the cycle affect animal performance and eventually the farm.”

There are several agronomic decisions that affect nutrition and milk production.

“The first decision is whether to follow corn silage with a cover crop or not,” she said. “We know it can be great for having cover on the soil in the winter and early spring months. It’s good for soil health, and you get the bonus of added forage. It can seem like a win-win situation but not everyone on the farm team might see it that way.”

She and colleagues in 2017 learned a great deal from focus groups about growing cereal crops following corn-silage harvest from the perspective of dairy farmers, their agronomists and nutritionists.

Energy is another word for calories.

Excess calories lead to over-conditioning and too-few calories, resulting in thin cattle. It’s a constant balancing act to have the ration formulated properly.

Farms with greater levels of production might be hesitant to make changes to the diet.

“(But) when you’re at the top in production level there’s more room to go down than up,” she said.

Farms that struggle with production are also hesitant to make additional changes.

“The biggest opportunity might be the farms in the middle,” she said.

There are numerous considerations when deciding whether to plant a cover crop after corn-silage removal.

“It’s important to have a whole-farm plan,” Binversie said. “Start with how you’re going to grow it and end with how you’ll feed it. Ideally have this in mind before you plant. Without a good plan you could end up with a lot of poor-quality forage. Make sure the agronomist, nutritionist and farmer have a shared vision of what to do. Competition for available labor should also be considered.”

In the initial pilot study there was little nutritional difference between rye and triticale.

“It makes sense because triticale is a cross between rye and wheat,” she said. “Anecdotally our focus-group participants thought triticale had a more -forgiving harvest window. With either, forage quality can get away from you in a hurry.”

The study data was based on eight farms in 2018 and 15 farms in 2019. Binversie said the data will have more relevance as more farms become involved.

Research on cover-crop establishment at the UW-Arlington Agricultural Research Station showed mid- to late-September plantings resulted in increased forage yield but the crop tended to mature slightly earlier the following spring. Yield declined significantly when the planting date was after Oct. 10, but the forage yield was still acceptable.

“Ash content doesn’t contain any calories and its presence can actually dilute the energy content of the forage,” Binversie said. “There are two types of ash – internal and external. A forage analysis sheet doesn’t distinguish between the two.”

Producers need to consider neutral detergent fiber, acid detergent fiber and crude protein. As the harvest window for rye and triticale extend beyond the boot stage, fiber levels increase and protein decreases – making the forage less-digestible to the cow.

“Chopping length is another harvest consideration,” she said. “We want those forage particles to be long enough to build the rumen mat in the cow, but we don’t want the length so long that the cows can sort the feed at the bunk.”

What a good forage consists of is really subjective, she said. She plans to do a research survey with nutritionists regarding the different parameters they feel comprises a good forage. That will help define what is considered good milk-cow forage vs. heifer or dry-cow forage.

“You might be surprised by the range of answers as to what people think is a good forage,” she said.