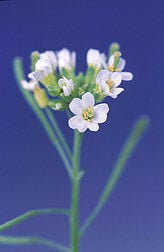 The model plant Arabidopsis is frequently used by researchers because it's relatively easy to genetically manipulate. Researchers at Pennsylvania State University used Arabidopsis to study how plants reprogram their genetic material to survive stresses.

UNIVERSITY PARK, Pa. — When plants sense environmental challenges such as drought or extended periods of extreme temperatures, they instinctively reprogram their genetic material to survive and even thrive. The chemical code that triggers those changes can be deciphered and then duplicated to breed more vigorous, productive and resilient crops.

That’s the conclusion of a team of molecular plant geneticists at Pennsylvania State University. They conducted a study of those reprogramming effects. And they discovered that epigenetic-reprogramming code, which results in the expressing and overexpressing of some genes and the silencing of others.

Understanding and someday harnessing that reprogramming process will be critical to breeding crops that can tolerate weather extremes, the researchers said.

“Plants can enter new states – either really vigorous growth or hunkering down to withstand stress,” said Sally Mackenzie, team leader and a professor of plant science at Penn State. “We don't have to crossbreed to make it happen. We don't need to add new genes because the plants actually go into that state, when properly prompted, on their own.”

The ability to adapt relatively quickly to environmental change through the stress-induced states is passed to many generations. That’s because plants “remember” through a process involving a chemical reaction. It’s called deoxyribonucleic acid – DNA – methylation, Mackenzie said.

The relationship between epigenetic changes and gene networks that influence plant-growth characteristics – which she called intragenic DNA-methylation repatterning – previously hadn’t been studied. That type of research requires specialized methods of data analysis and massive computational capacity.

In an earlier study Mackenzie’s team discovered that manipulation of a single gene called MSH1 allowed them to control a broad array of plant-resiliency networks. By inducing the plant to detect stress after the MSH1 gene is silenced, the plant can adjust its growth, change root configuration, limit aboveground biomass, delay flowering time, and alter its response to environmental stimuli.

“Because this is an epigenetic language rather than just a feature of the MSH1 system, it has broader implications,” Mackenzie said. “Our study likely will allow us to use the newfound decoding method to help in early disease diagnostics in animals or humans. Any time a biological system is dysfunctional or modified, one predicts that the methylome will provide an indication.”

The latest study is led by Hardik Kundariya, a senior researcher in the Eberly College of Science and a member of Mackenzie’s group. The researchers focused on the plant Arabidopsis, one of the model organisms used for studying plant biology.

The researchers manipulated the MSH1 gene to trigger at least four distinct non-genetic states to affect plant stress response and growth vigor. Cross-comparing data from the four states they identified particular gene targets of epigenetic change within the genome where they could locate and decode data relevant to plant growth.

Manipulation of that gene resulted in changes in the outward appearance of the plant and growth characteristics that potentially could benefit its survival. That could include slowed growth, delayed flowering, enhanced growth vigor, and greater seed, the researchers said.

The study recently was published in Genome Biology. Visit genomebiology.biomedcentral.com and search for “methylome decoding” for more information.

Jeff Mulhollem is a science writer for the Pennsylvania State University.

Wisconsin had 5.5 days suitable for fieldwork for the week ending Sept.25, 2022, according to the U.S. Department of Agriculture’s National Ag…

From the Fields: LeeAnne Bulman

It’s obvious here in western Wisconsin that fall has arrived. Local market growers have their pumpkins and winter squash out, making for color…

Plan how to respond to spills

Farmers depend on all sorts of tools to do their jobs. Chemicals are just another tool that farmers use to keep farm machinery running, keep l…

The average temperature in August of the contiguous United States was 74.6 degrees Fahrenheit, which is 2.5 degrees warmer than average. It ra…

ST. LOUIS – Average annual global greenhouse-gas emissions from 2010 to 2019 were at their greatest levels in recorded human history. Without …

September’s full moon had come and gone by the time the month was half-spent. Fall Equinox was before us. Summer was dry but humid on Wisconsi…

Since 1950 the Kansas Farm Bureau has sponsored the Safety Poster Program. The theme this year is "Roadmap for Safety – Farm, Family, Communit…

The model plant Arabidopsis is frequently used by researchers because it's relatively easy to genetically manipulate. Researchers at Pennsylvania State University used Arabidopsis to study how plants reprogram their genetic material to survive stresses. 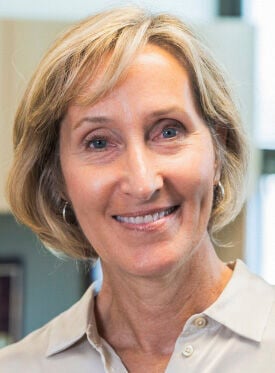 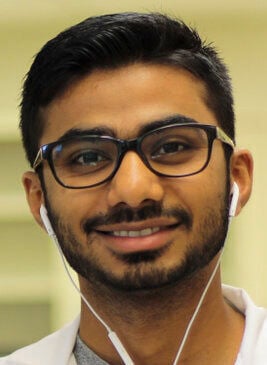