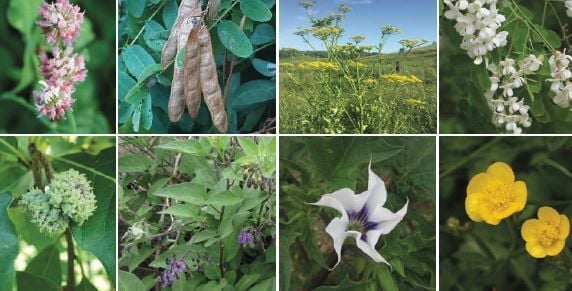 Identification of weed species is critical to managing them along with monitoring how pervasive they are.

“You can’t manage your pastures like a corn or soybean field,” Mark Renz says. “You have to rely on different decision-making processes.”

Identification of the weed species present is critical to managing them along with monitoring how pervasive they are, said Renz, an agronomy specialist at the University of Wisconsin.

“There’s a lot of tools available,” he said. “Many times it’s changing simple cultural tools to tip the scales from weeds to pasture grass.”

Weeds in pastures only need to be controlled if they have a significant impact. One example of impact is if the weeds are pervasive enough to reduce the amount of desirable forage available. It’s also impactful when weeds reduce the overall palatability of forage in a pasture or impact animal health because of toxicity.

“A high-priority impact would be when weeds affect animal performance or resulting products from grazed cattle,” he said. “You should always ask yourself the question (of) what the benefit of removal is.”

Spraying for Canada thistle in a test plot also eliminated a lot of clover, for example. The combination of lost thistle and clover eliminated almost 2 tons of biomass.

“We need to be aware of that and make sure that the treatment by spraying increases utilization of pasture enough to pay for the negative influence of decreased biomass,” Renz said.

“Well sometimes they can so we have to consider weeds as a forage,” he said.

Generally speaking some annual broadleaf weeds such as lambsquarters and pigweed can have moderate to excellent forage quality depending on when they’re grazed.

“Many but not all common broadleaf perennial weeds are really good for forage quality,” Renz said.

He cited dandelions and plantain as examples.

But spiny and unpalatable weeds can result in reductions in total forage use by as much as 72 percent. That includes the grasses around those problem weeds, Renz said. Much of it depends on the timing of grazing; when spiny weeds are mature the problem is accentuated.

“Continuous grazing results in really low utilization in weedy pastures,” he said. “Depending on how heavily you stock a rotationally grazed pasture (it) can really increase utilization. Canada thistle is often considered enemy No. 1 but in a continual-grazing environment it’s almost completely avoided.”

In a rotationally grazed environment with a good stocking rate there are moderate to excellent levels of weed utilization.

“With a lot of animals in a small area they eat almost all the plant,” Renz said. “(But) remember that mob stocking to encourage consumption of weeds isn’t a cure-all because if toxic plants like milkweed are present in a heavily stocked pasture, cattle could eat them also. It’s a drawback to the solution.”

A study in Missouri tracked cattle with global-positioning-system collars in a permanent pasture that was partially sprayed for weed control. The cattle spent almost three-quarters of their time grazing the sprayed area that didn’t have weeds present.

“Most importantly we need to be aware that weeds affect animal health. Poisonings and plant-toxicity issues aren’t that common in Wisconsin. One of the jokes you’ll hear is that our animals are smarter than we give them credit for.”

Animals seem to know to avoid such plants when they can. Jimson weed is an example.

“It exists throughout Wisconsin and animals avoid it at all costs,” Renz said. “A 1,000-pound animal could die consuming 1 pound of Jimson weed.”

But when limited forage is available because of drought or early pasture turnout, toxicity issues can be more prevalent.

In summary weeds can reduce the desirable forage in a pasture but pasture quality is more affected than quantity.

“Palatability and utilization of pasture is most often the reason we want to manage these weeds,” Renz said.

“It’s important to consider weed impact on a case-by-case basis,” he said. “Don’t forget grazing methods can really change the impact of weeds. It’s not uncommon to give different recommendations to farmers in different areas of Wisconsin concerning the same weed species. It’s somewhat of an art.”

Identification of weed species is critical to managing them along with monitoring how pervasive they are. 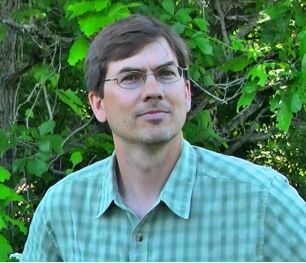